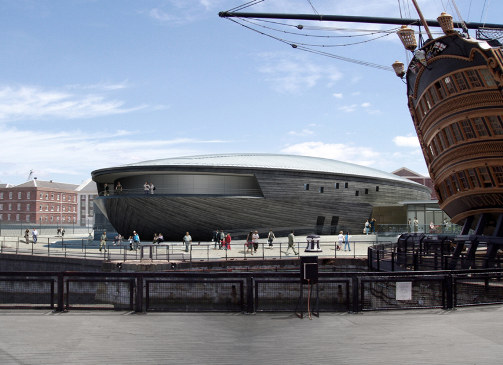 Centrepiece to Henry VIII’s naval fleet, the Mary Rose was completed at Portsmouth Docks in 1511 and saw a 34-year-long career at sea.

The warship was ultimately sunk in battle just off Portsmouth in 1545 and was lost to the world for well over 400 years. Rediscovered in the 19th century, the ship was eventually raised from the seabed in 1982.

Since then the Mary Rose has resided in the place of her birth, Portsmouth Historic Dockyard.  She was moved into No 3 Dry Dock in December 1982 and, soon after, construction was completed on a ship hall to house her.

Conservation of the Mary Rose since her recovery has been a massive task; she has had to be continuously sprayed, initially with chilled water, and since 1994 with special chemicals, in order to preserve the mighty warship for future generations. 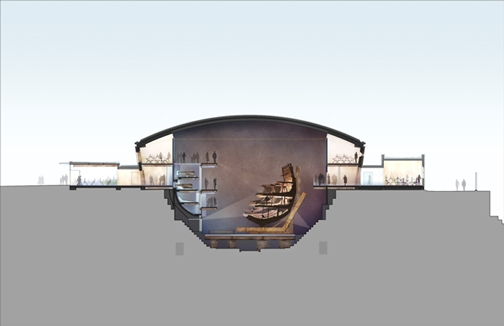 The spraying of the ship will be completed early next year when the hull will commence its drying phase in highly controlled environmental conditions.

Down the years various maintenance works have been carried out on the temporary ship hall but in October 2010 the main works began on a permanent museum – allowing the ship and artefacts to be displayed together for the first time for over 500 years and provide the Mary Rose collection with a fitting home.

The project has cost £35million, with the build itself making up £20million, the fit out £4million and the conservation of the ship and thousands of artefacts £8m. The museum is due to be opened to the public in 2013.

Speaking on the construction of the new museum, Robert Lapraik, who is the Deputy Chief Executive to the Mary Rose Museum, said:

“We had practical completion of the building in August this year and since then we’ve been starting the fit out which will include the display cases, IT, audio/visual displays, shop and cafe etc. 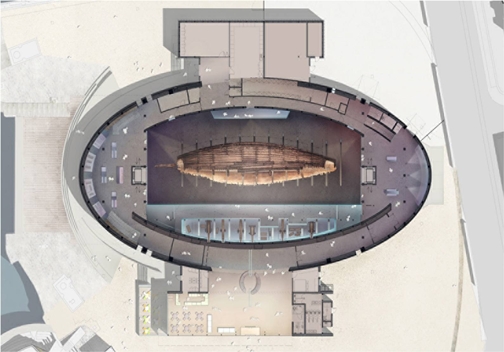 “The building itself is a lovely elliptical shape which sits comfortably beside HMS Victory.  Inside there are three levels to the galleries with the ship as the jewel at the centre, surrounded by six galleries and three walkways  which run the length of the ship giving amazing views of the objects laid out just as they were before the ship sank.

“To the south facing HMS Victory it has an entrance pavilion which houses reception, a gift shop and the Mary Rose Cafe.

“On the north side, we have the learning suite, consisting of a classroom for 35 students and a large teaching laboratory which will support our very active education programme spanning Key Stage 2 to postgraduate students.

“After the ship’s conservation is complete in five years time the internal wall in the museum will be taken down and visitors will be able to walk into the display case along with the ship.”

Robert went on to speak about what the facility will provide when it is open to the public, he said:

“The Mary Rose Trust does a tremendous amount of education, it’s really a key strand to what we do- and it’s not just history. We also specialise in science and we use the Mary Rose as a vehicle to teach mathematics and the history of medicine. 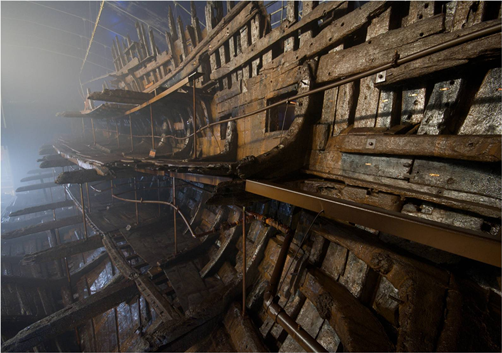 “Another massive step of this project is that a vast number of objects that will go on display, up to 10,000 in the new museum, most of which will now be on display to the public for the first time.

“Of course, bringing the ship and the objects together also adds context and provides for a richer historical experience, we have personal belongings of the crew allowing their stories to be told. It really will be a stunning insight into lives of people in Tudor times.”

Speaking of some of the challenges along the way, Robert added:

“It is quite a technological exercise because the ship and objects have to be kept at a very precise temperature and relative humidity.

“The building is extremely well insulated with a high tech roof, enabling the environment inside the ship hall to be fairly unaffected by outside conditions.

“We have to be so careful with the environmental control, as the items displayed in the museum spent over 400 years under the sea and therefore getting the temperature and relative humidity right is paramount to their preservation.”

The main contractor on the build was Warings and in closing Robert congratulated them on their contribution, he said:

“Warings successfully redesigned the foundations of the building which enabled us to get underway with the construction. Without that redesign it would have been very difficult for the Trust to carry out the work as we have a very strict budget.”