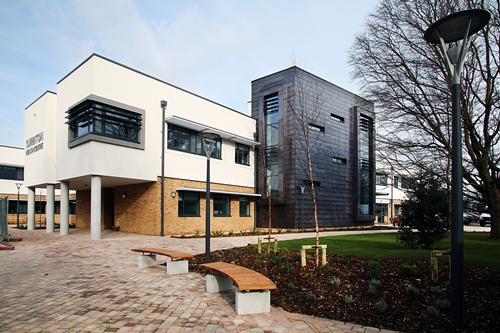 A project to redevelop a former hospital site in Surrey has reached completion.

Project Manager, Beth Revell from leading project management and consultancy practice, Turner & Townsend oversaw the construction of the two buildings on the site.

Commenting on the project, Beth said:

“From a construction point of view this project has been very exciting to be a part of, as we have redeveloped the former Surbiton Hospital site into two fantastic new community facilities. The former hospital had been underused for a number of years prior to this project taking place, so Kingston Primary Care Trust teamed up with the local council to redevelop the whole site. The result is Lime Tree Primary School and Surbiton Health Centre.”

“We achieved financial close on the health centre in August 2011 and at the same time we closed the hospital so that demolition could begin in earnest. Handover for the school was in August 2012, allowing for the building to open for the new term in September and the health centre reached completion in February ahead of its opening on the 4th of March.” 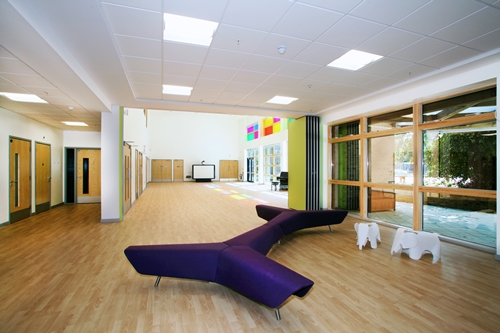 Lime Tree Primary School was erected using a steel frame construction, whilst Surbiton Health Centre was built from a concrete frame. Both buildings were designed using the same materials and in a similar style, and include a mix of brick and white render.

A combined heat and power (CHP) plant has been installed on the site and provides hot water and underfloor heating to both buildings. Photovoltaic (PV) panels have also been included on the roof of Surbiton Health Centre to generate electricity for both buildings. Additional environmentally friendly features of the site include a shared waste strategy.

To further connect the buildings, an extensive landscaping scheme was put into place which included soft landscaping and the installation of public benches and walkways. In addition, two new entrances were installed, along with a cycle and pedestrian route which connect up to nearby transport routes.

“There was a lot of public interest in this project as the original building had a lot of history in the local area, so we implemented a considerable amount of public consultation work prior to any work taking place. With the help of Heritage Lottery funding we will now install some public art into the grounds, which will capture the history of healthcare in Surbiton.” 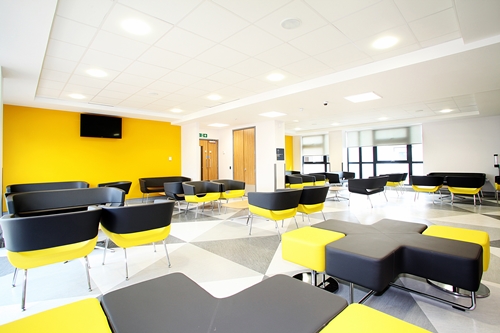 “To be involved with this project has been very important to me and is certainly a milestone in my career. I have seen the project go from the design stages, the planning and procurement through to completion. It is so rare to be involved with two publicly funded projects that come together at the same time, especially within the current climate, but this project has delivered as planned providing modern, much needed services for the local community.”

Roberts Limbrick Architects are a leading 75 strong practice offering a complete range of Architectural Services for all building types in both the public and private sectors. Despite the recession, their education, healthcare and residential sectors have grown rapidly in recent years with a series of significant projects. 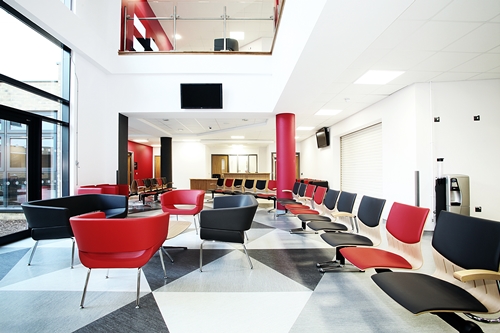 Robert Limbrick Architects’ most recent completion is at Surbiton where, employed jointly by Royal Borough of Kingston-Upon-Thames (RBK) and RBK PCT, subsequently novated as architect to Willmott Dixon Construction, they delivered the impressive Surbiton Health Centre and Lime Tree Primary School. The health centre provides c4500m² of accommodation across 3 floors with multi GP practices on the ground floor and hospital services on the first floor. Staff offices and staff facilities are located on the 3rd floor. 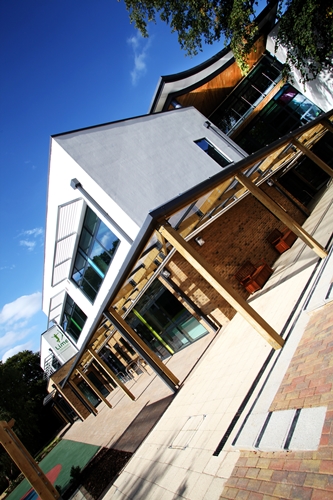 Commenting on their involvement with the project in Surbiton, Roberts Limbrick Director Paul Gooderson, said:

“Planning was the first major hurdle. The site was in a Conservation Area with a high density of mature TPO trees and required the demolition of a building of Townscape Merit. The site layout design had to respond to these circumstances and early engagement with the Planning Authority, coupled with extensive public engagement moulded a scheme which achieved planning within 13 weeks. This was a major milestone and I am reminded by one of the GPs that they have been trying for 15 years to redevelop this site!”

“At Roberts Limbrick our design standards are high but not to the detriment of operational excellence and we are known for this approach amongst our growing Term Client list. The challenge is to achieve this whilst also, in a changing NHS climate, realising exceptional value for money. With a lot of effort, and alongside an excellent working relationship with Willmott Dixon Construction, this was achieved at Surbiton and as such the two buildings here are exemplars of what we do in both the Healthcare and Education sectors.”