Founded in 2010, Frurt is a frozen yoghurt bar currently taking Manchester by storm.

To date Frurt has five sites in and around the city, including Frurt Student Village in Whitworth Street and the self-service site Frurt Prestwich.

Frurt’s most recent sites – Media City and Oxford Road – continue to prove that Mancunians just love to Frurt and it’s not surprising if you consider the health benefits of the product.

“Frurt is a fresh and healthy alternative to meals and snacks. Our recipes cater for a wide customer base and are not only fat free, but are low in sugar, low in calories and are packed with active live cultures.”

“At Frurt we like to think that Frurt is not only a treat, it is also a lifestyle choice.”

The Manchester-based brand has just opened its fourth site in Salford’s buzzing Media City – the new home of the BBC – and its fifth site on Manchester’s Oxford Road. Frurt Media City opened in April 2013 to fantastic feedback, whilst Frurt Oxford Road opened in July 2013 in a kiosk within Perk! Coffee House.

“The lease for Frurt Media City was signed in January 2013 and we were open in April, so we had a very fast turnaround. 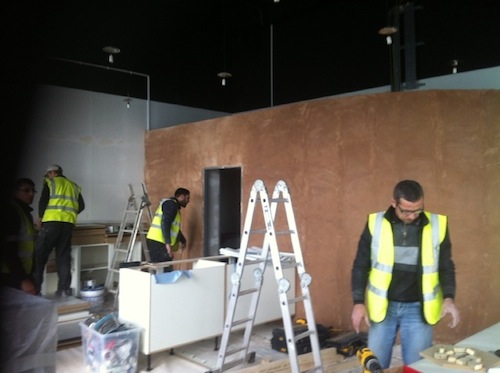 “Media City is an excellent location for Frurt as we are able to bring our frozen yoghurt brand to a customer base that is looking for something a little bit different. Media City is a very vibrant and fast paced area of the North West, with a great deal of health conscious people searching for an alternative to the usual run of the mill lunch; Frurt provides this alternative.

“During the day we have a set menu at Media City, however of an evening the site becomes a self-service venue, where customers can create their own masterpiece. Frurt Media City is perfectly designed to cater for different types of customer.”

When customers walk into Frurt Media City they will see how clean and bright the store is, with hexagonal patterns on the wall and the Frurt logo very prominently placed. The biggest focus for customers’ attention will no doubt be the counter, which showcases an impressive 30+ toppings, from fresh and dried fruit to chocolate and jelly. All of the fixed furniture is modern and inviting, ensuring that Frurt Media City is not only ideal for a quick stop off, but also the perfect destination for meetings and gatherings.

Greenshields Contractors was the main contractor on Frurt Media City. The company conducted the internal fit-out and mechanical and electrical works, raised the floor and carried our all interior work on the site. Hussain Architectural was the architect on the project.

“We’ve worked on previous Frurt sites, including Frurt Spinningfields and Frurt Prestwich, so it was very important to us to be able to follow them on their journey with the creation of this new site.” 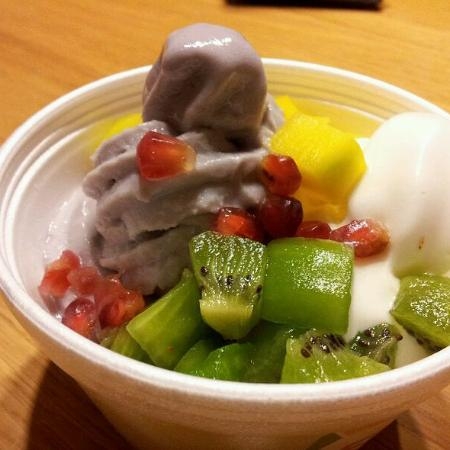 With the popularity of Frurt continuing to increase you would be forgiven for thinking that the brand would be looking to take over every inch of Manchester, but that’s not necessarily so according to Frurt Co-Director Shaza.

“With Frurt already proving such a winner with the people of Manchester we decided to open up a food outlet just next to Frurt Media City, called Pranzo Veloce. Specialising in pizzas, baguettes and salad boxes, Pranzo Veloce is a great new brand which we are confident will become just as popular as Frurt.”

Greenshields Contractors was the main contractor on Pranzo Veloce.

“Moving forward with Frurt we are currently looking at one more site within the Manchester area and then the plan is to look at franchise opportunities, allowing Frurt to expand out into new areas across the UK. We are very excited about the future of Frurt.”