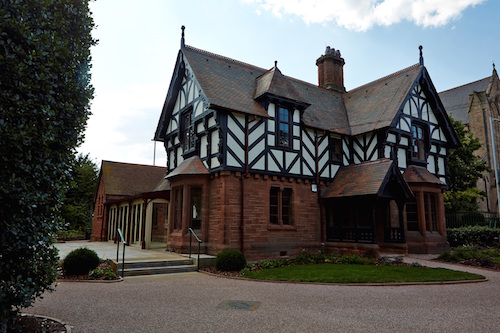 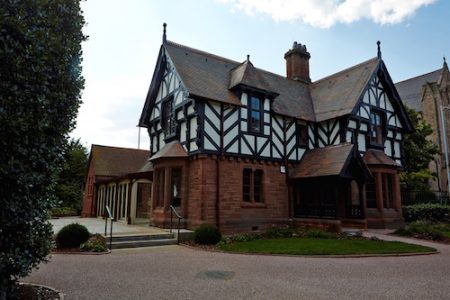 Shortlisted in no less than three categories of the 2015 Royal Institute of Chartered Surveyors North West awards, is an outstanding project involving the restoration of the Victorian Grade II* registered Grosvenor Park in Chester.

The project, shortlisted in the community benefit, regeneration and tourism and leisure categories of the awards, was carried out by Balfour Beatty, with Purcell as project architects and AECOM as lead consultants. The £3.6million scheme was supported by a £2.3million Heritage Lottery Fund grant, with Cheshire West and Chester Council funding the remainder.

The 5.8 hectare park was given to the city as a public open space by the second Marquis of Westminster in 1867. The design and laying out of the park was carried out by a well known landscape designer, Edward Kemp. The architect John Douglas also played a key role in the creation of the park, and was responsible for the design and construction of the Grade II Listed park lodge and many other features. 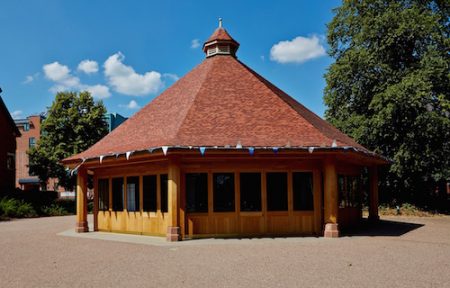 “Although the park had been reasonably maintained by the council, many of the original landscape features had been lost over time and the fabric to the various buildings and monuments had started to deteriorate” said Robert Lister, architect at Purcell.

Regarding the restoration of some of the park’s most important historic features, he spoke of the works to the park lodge building designed by architect John Douglas, famous for designing many of Chester’s black and white buildings, of which the lodge was his first in that style.

“The lodge had been used as offices for council staff for a number of years and was in poor condition. Many of the original features such as decorative glazed tiles and brickwork had been covered by painting, plastering and the installation of suspended ceilings, so much of the work involved the careful removal of these to restore the original appearance, including the reinstatement of two original fire surrounds which were uncovered. External features of the building were also restored, including the reinstatement of the original paint scheme following analysis, and a café was created, opening up the building to the public for the first time.” 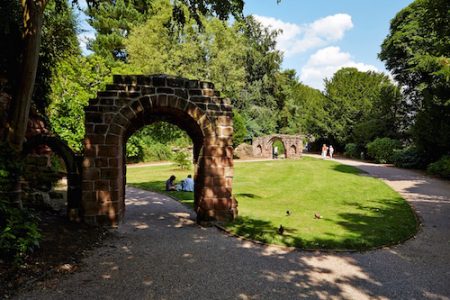 Works to form the café included the installation of a new copper roof over a former service yard to the rear of the building to create a covered courtyard space. The roof was designed to have minimum impact on the existing building, floating just above the masonry walls on new frameless glazing.

“Another element of the scheme was the restoration of a number of Grade II listed medieval arches, previously relocated to the park from various locations in Chester. These had been badly repaired in the past, including the inappropriate use of cement, so we re-pointed them using lime mortar, as well as taking measures to protect stone which had begun to erode through the introduction of slate weatherings, and removing vegetation’ said Robert.

The landscaping works around the park, including planting and works to boundary walls, pathways and railings were carried out by AECOM, faithfully reinstating the park’s original layout and appearance as closely as possible.

The new training and events pavilion incorporates an open plan space for public use by community groups, as well as a kitchen, toilets, and a specialist Changing Places provision for people with profound disabilities. Designed with reference to the style of the architect John Douglas and with the plan based on an unexecuted design from the original park scheme, the single storey octagonal timber framed building features oak walling with lime render panels, and a steeply pitched tiled roof. 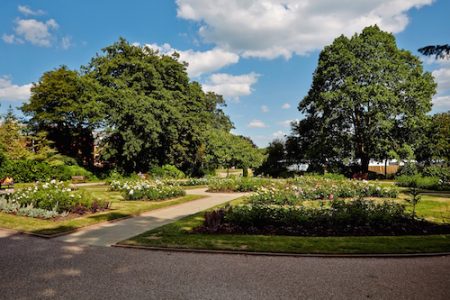 “We are delighted that the project is on the RICS Awards shortlist. It has already picked up a Chester Civic Trust award and recognition such as this is always the mark of a successful scheme,” said Robert.

The project was completed in July 2014 and the park has proved highly popular with the public since then.

Flintshire Fabrications Ltd specialise in the restoration and renewal of architectural and ecclesiastical ironwork. The unique nature of the work means that the company travels all over the country repairing and restoring ironwork, from the roof of King’s Cross Station, London to the towers of Beaumaris Castle, Anglesey and of course the Grosvenor Park project.

“The wrought iron gates and railings around Grosvenor Park were badly corroded and in a poor state of repair at the beginning of the project. These were all removed and repaired by our blacksmiths using traditional forging techniques followed by a full paint spec and many weeks reinstalling the railings using molten lead to fix them into the stone copes as they would have originally been.”

“We have been involved in many prestigious restoration projects but it was especially rewarding to be part of the Grosvenor Park project as a local company. Flintshire Fabrications Ltd have been part of other heritage projects in and around Chester, including the Interpretation Hub at Chester Race Course, The Groves and Edgar’s Field Park.”

The Grosvenor Park project was completed in October 2014 and the park has proved highly popular with the public since then.