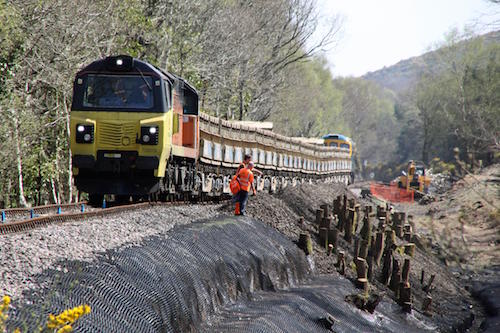 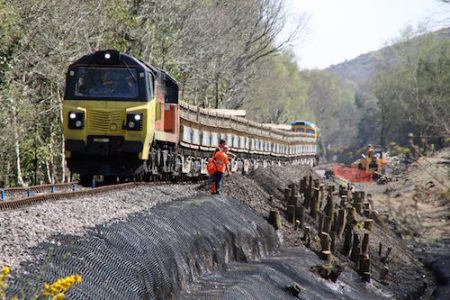 Delivering the infrastructure and capability to allow the full re-instatement of The Purbeck Line, Project Wareham will enable the reintroduction timetabled train services between Swanage and Wareham.

The £5.56 m project is being carried out for the heritage Swanage Railway, in conjunction with Network Rail and other partners. Swanage Railway are also acting as main contractors for the scheme, with Schweizer playing a major role.

The project is being carried out by a combination of contractors and Swanage Railway volunteers.

In terms of passengers carried, the Swanage Railway is in the top three heritage lines in the UK and currently runs steam and diesel trains between Swanage and Norden – a distance of six miles. Last year the railway had their best ever season, carrying 216,000 passengers.

Completion of the Purbeck Line between Norden and Worgret and reconnecting with the mainline has been a hugely challenging undertaking. 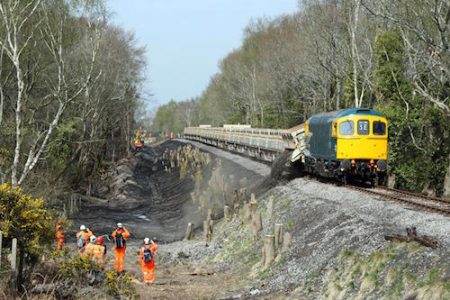 Dorset County Council acquired three miles of trackbed from Network Rail, the line running from a quarter of a mile south of Worgret Junction to Motala, half a mile east of Furzebrook, which is the start of the existing Swanage Railway. The county council then leased that land to the Swanage Railway on a 99­year lease – enabling the award-winning heritage line to gain access to the three miles of track and upgrade it for running passenger trains at 25 mph.

Project Wareham follows on from Network Rail’s Poole – Wool re-signalling scheme in which a completely new signalling system has been installed to control Worgret Junction where the Purbeck Line joins the London to Weymouth main line. This allows for a regular return passenger service to operate from Swanage to Wareham.

The Swanage Railway received a grant of £1.47m from the Coastal Communities Fund, administered by the Big Fund on behalf of the Department for Communities and Local Government. This is being used to pay for the upgrade of diesel multiple units and the upgrade of the track and infrastructure between Norden and Worgret. In addition, the installation of a new barrier controlled level crossing on the Wytch Farm road at Norden is being funded by a £500,000 grant from BP. 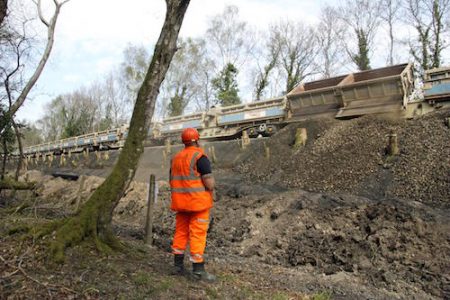 The current works include the laying of tracks and sleepers and the creation of the manually controlled full barrier level crossing at Norden.

Around 1,600 replacement sleepers and 907 yards of replacement track will also be laid, and three miles of fencing will be installed. 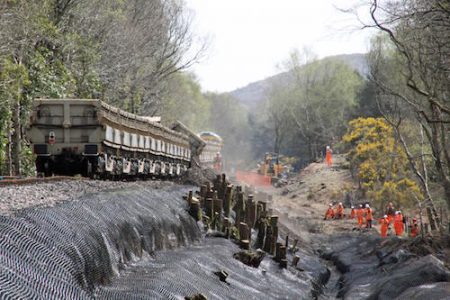 “The track needs replacing because the original track had suffered the effects of rail burn caused by wheel spin from heavy locomotives starting up on a gradient when shunting wagons containing gas,” said Frank Roberts.

Remedial works also need to be carried out to three bridges – one of which carries the railway over the River Frome.

“We are hoping to run a trial train service for 50 days of the year from spring 2016, with the same service running for 90 days in 2017,” Frank Roberts added.

Also as part of the Project Wareham scheme, £900,000 has been spent of the refurbishment of four diesel multiple units, to operate the rail service.

The infrastructure project is now approximately half way through and is on schedule to be mostly complete by the end of 2015. 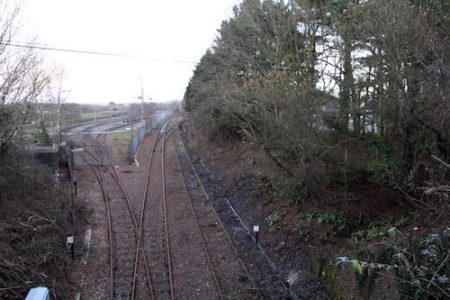 Allelys Group specialise in the transportation of rolling stock by road around the country including trains, wagons, locomotives and coaches. Since their inception over 50 years ago the firm have worked with an impressive portfolio of clients including Wabtec Rail UK and, South West Trains.

Allelys have worked with Wabtec on numerous contracts and are currently just about to complete the movement of 90 Newcastle trams. The team have also moved trains from Wimbledon to Doncaster on behalf of South West Trains.

For London Underground the firm have transported 276 c stock underground cars to be recycled as scrap. 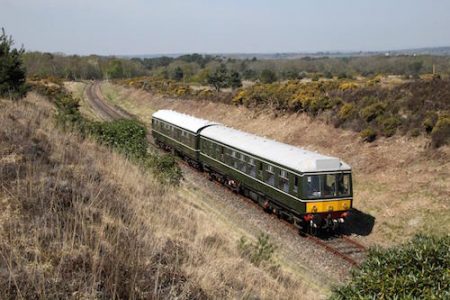 Rail Construction News caught up with Robert Ford, Transport Manager at Allelys Group, to find out more about the firms involvement with the Purbeck Line project. He commented:

“The project involved the connection of the Network Rail line onto the Swanage Railway; this aspect of the project hasn’t had anything to do with us.

“We instead have worked with Swanage Railway for 25 years and on this project have moved trains in and out of the station for the firm’s galas and functions.

“We have a good working relationship with them and so we hope to continue working with them. We pride ourselves on doing what we say we will do.” 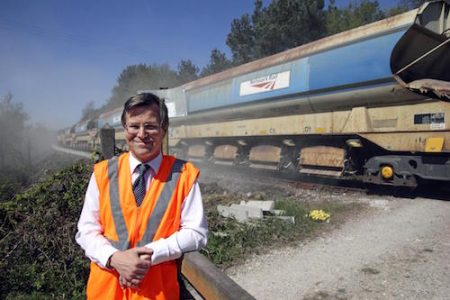 McVeigh Parker & Co specialise in the manufacture and supply of Clipex permanent quick clip steel post systems and X fence premium wire netting. The firm has been in operation since 1979 and since their inception has worked with a number of high profile clients.

The firm have previously worked on the HS1 link, Network Rail Scotland projects, as well as others across the UK working with major utility contractors.

“We met with the client at the railway show in Long mars ton and they were very impressed with the speed and lightweight nature of our product. On this project we replaced the existing fencing on the site which was concrete, the railway had planned to re-knew with concrete but this came with the additional health and safety risks such as manhandling, then there was the install costs and implications. Clipex provided the simply answer to a long life, easier to install fence, It greatly reduced the time and labour required to install the replacement fence. 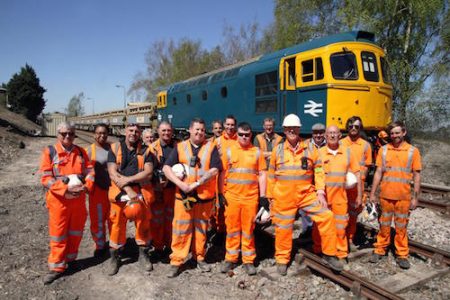 “One section of the project has been completed and one more is still to do as part of a rolling contract. We acted as a supply only subcontractor and so worked off site only discussing the specification required from the on-site engineer.”

Chris said the project is very important for the firm, he added:

“This scheme is very good business for us as we are trying to work more in the rail network and on the steam railway side of things where there are currently a lot of enthusiastic amateurs.  We are very keen to offer the best products for these projects which not only offer a great return on investment, but also assist and comply in both environmental and health and safety legislation.

“We pride ourselves on supplying the latest, innovative products.”