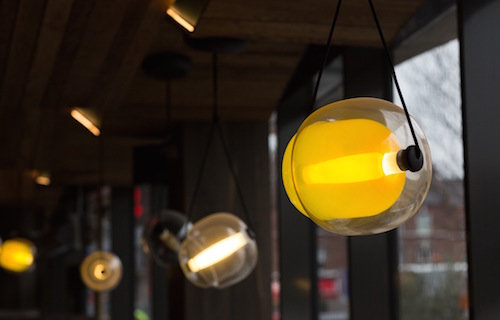 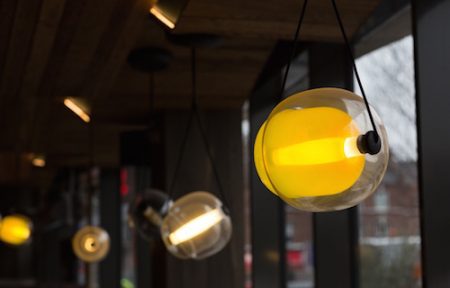 Since 1992, Nando’s has been the go-to chicken restaurant on the high street, serving up mouth-watering meals to UK customers.

The brand has a reputation for delivering high quality, tasty meals and this has helped Nando’s to amass a large portfolio of restaurants with even more in the pipeline.

One of Nando’s more recent additions is Nando’s Walthamstow, an inviting restaurant situated at Unit 1 The Scene, on Walthamstow’s High Street. Nando’s Walthamstow serves up everything guests have come to expect from the popular restaurant chain – great food, a good atmosphere and friendly staff – all housed within a stunning setting. Design highlights include a beautiful reclaimed timber floor, handmade tiles and a variety of seating configurations which can accommodate both small groups and large families. 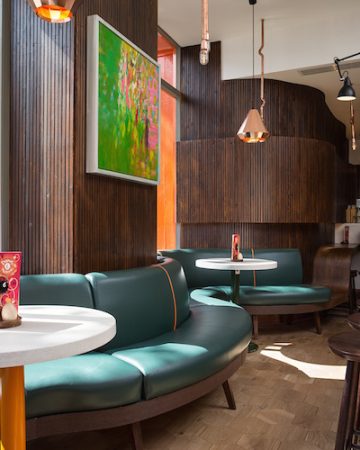 Nando’s Walthamstow is one of six Nando’s restaurants shortlisted at this year’s Restaurant and Bar Design Awards and is a perfect example of great hospitality in fantastic surroundings. The restaurant faces stiff competition, but whether it wins or not, the outcome is a clear, Nando’s is a restaurant chain to watch.

Of the six shortlisted restaurants at this year’s Restaurant and Bar Design Awards, three sites were designed by architectural practice moreno:masey. These include the aforementioned Nando’s Walthamstow, Nando’s Lakeside and Nando’s Earls Court. 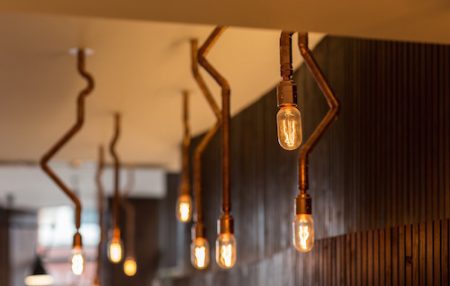 Speaking to Premier Hospitality about appearing on the shortlist with Nando’s, Rodrigo Moreno Masey of moreno:masey, said:

“It is great to be acknowledged by being shortlisted for this many restaurants. It’s a form of recognition that our hard work produces beautiful restaurants that people identify themselves with.”

Work took place on each project in 2014, with Nando’s Lakeside running from March until September; Nando’s Walthamstow running April to October; and Nando’s Earls Court running January to December.

“All briefs differed as a response to the site, but the unifying brief was that the client wanted a restaurant that was interesting and unique, but still true to the company brand identity which we always strive to achieve.” 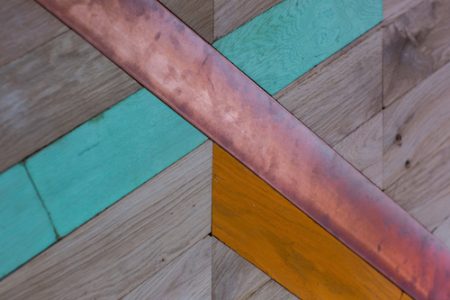 “The Earl’s Court branch is one of the oldest Nando’s restaurants in London. The goal was to revitalise and modernise the restaurant while staying true to the Nando’s brand identity. Nando’s Walthamstow, meanwhile, is located within the town centre and in the bustling new development The Scene at Cleveland Place. The goal was to create a warm, welcoming and bustling restaurant that would stand out within the development amongst its competitors.

“For Lakeside Nando’s the design brief was to design a new build restaurant unit within a shopping centre complex in Lakeside Essex. With approximately half the unit being required as back of house and plant space the brief required us to use the remaining mezzanine area and front of house space to create a restaurant that could draw guests in despite competition from the restaurants in the immediate area. 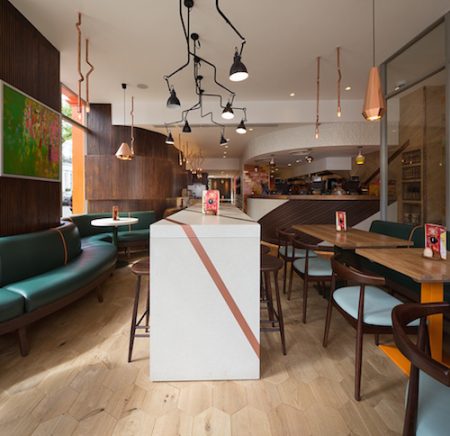 “The biggest challenge on the Lakeside restaurant was taking what was essentially an empty box in a shopping centre and transcending it into something greater. The shopping centre unit had a low frontage and was identical to the other restaurant spaces around it. The main challenge was to create something unique that stood out in these surroundings.”

Working with Nando’s is something which Rodrigo and his team at moreno:masey truly value and it is a rewarding working relationship, regardless of what accolades each site receives.

“Nando’s is a great client to work for. They trust us and give us the freedom to create unique restaurants that are true to the brand but are always pushing the idea of what it means to be a Nando’s.”

All of the shortlisted sites are backed by the Nando’s menu, which is packed full of flavoursome dishes, many of which include the brand’s signature PERi-PERi seasoning. Mains range from the 1/4 chicken, the 1/2 chicken and the Wing Roulette (10 randomly spiced wings) and all can be accompanied by a range of sides and salads.

All of Nando’s chickens are fresh, in fact the brand prides itself on never using frozen chicken, with all chickens are hatched and reared in Britain. Each chicken is given the Red Tractor status which means it has met a strict set of standards and this applies to all chickens used across the Nando’s portfolio. 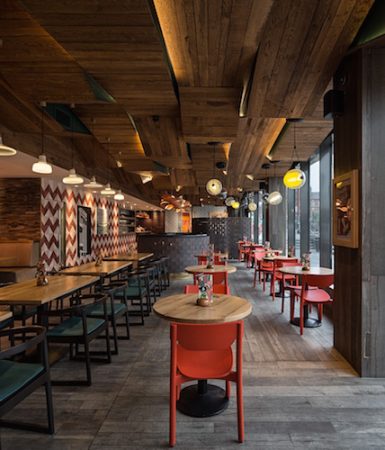 In addition to the mains on offer at Nando’s, guests can tuck into a collection of burgers, pittas and wraps, including a range of vegetarian dishes, as well as the Beefy Gatecrasher. A range of sharing platters is also available on the Nando’s menu, and includes the likes of the No Bones (about it) Platter and the Jumbo Platter, which includes two whole chickens and five large sides.

Desserts round out the menu and range from cake and frozen yoghurt to gelado – the Nando’s twist on ice cream. Gelado promises to be light, creamy and dangerously moreish and is available in a choice of flavours, from the summer favourite strawberries and cream to the more traditional vanilla.

For more information about Nando’s, or any restaurant in the Nando’s portfolio, please visit: www.nandos.co.uk. 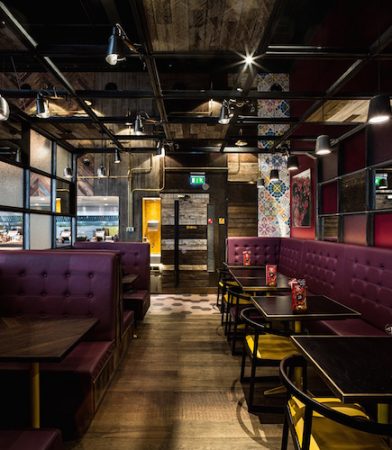 The very first Nando’s restaurant opened its doors in 1992 in Ealing and was designed around a take-away model rather than a restaurant. The site didn’t quite take off in the way that Nando’s had hoped, so in 1995 it was followed up with a restaurant in Camden, which worked much better.

Over the next five years Nando’s opened more restaurants, this time branching outside of London, with sites opening up in Manchester, Birmingham and Milton Keynes. By 2006, the brand’s roll out had stretched as far as Scotland with the first Scottish-based Nando’s opening in The Fort in Glasgow.

Twenty-three years on from that initial opening in Ealing and Nando’s continues to delight guests with its tasty assortment of PERi-PERi chicken. Although the brand is much bigger than it was in 1992, it still provides the same great service and same great tasting food.