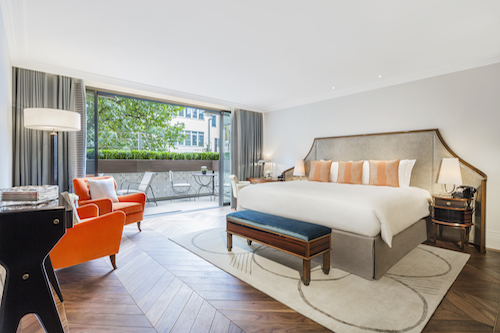 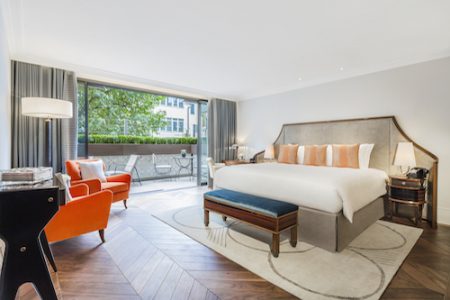 Private members’ club – The Arts Club – has unveiled its new hotel rooms and suites in its Mayfair townhouse in Dover Street, London.

The 16 bedrooms, bookable by members of The Arts Club or their guests, comprise one Penthouse with roof terrace, three Suites, two Junior Suites, six Deluxe Rooms and four Superior Rooms. The Arts Club, whose patron is the Duke of Edinburgh, was relaunched in 2011 after an extensive renovation programme.

During their stay, guests have access to 24-hour butler service and all of The Arts Club facilities, including the three restaurants, garden and nightclub. Several of the suites overlook the serene courtyard garden, offering attractive views. The Penthouse is made up of two or three bedroom suites, a spacious entrance hall, dining room and kitchen, large living room and dining table, and a unique terrace with decking, dining table and exceptional views across the London skyline. 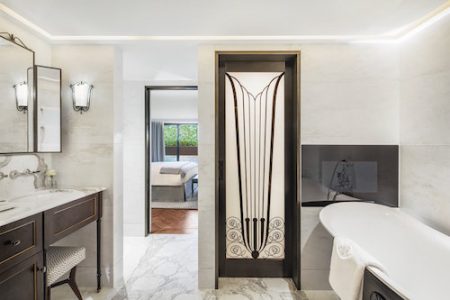 The suites range in size up to 110m², including furnishings in the style of iconic designers in Europe, such as Jacques Adnet, Gio Ponti, Finn Juhl, Piero Fornasetti and Hans Wegner. An emphasis is placed on the suites emanating craftsmanship and high quality finishes such as specially embossed leather headboards, eglomise mirror panels and hand tufted rugs.

Capturing the spirit of the Art Deco period is the bathrooms, featuring antique bronze decorative doors, calacatta oro marble and freestanding traditionally made cast iron baths in the larger suites. Bathroom amenities are provided by the quintessential British brand Floris.

“Now is the right time for The Arts Club to offer these unique rooms and suites – our members have been asking us to create discreet and high-quality rooms for them to stay in while in central London. We have designed these for guests used to the finest international standards of luxury.” 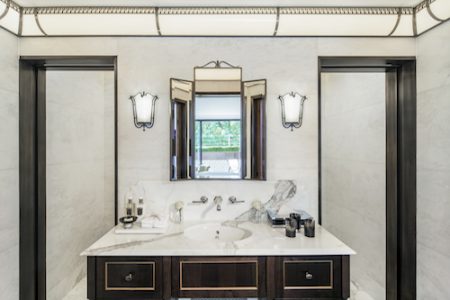 “We wanted to capture elements of the style of European glamour and elegance which were so prevalent in the first half of the 20th Century. The Art Deco period was one of the most striking design eras of our time and fits in perfectly with the atmosphere inside The Arts Club.”

When The Arts Club was first opened in 1863 by Charles Dickens in its original building in Hanover Square, London, six bedrooms were among the benefits on offer. These bedrooms were never transferred to Dover Street in the 1890s when The Arts Club moved to its new home. Some 120 years later, in respect to its heritage, The Arts Club is again able to offer its members premium accommodation. 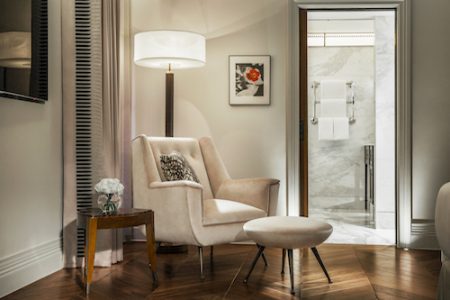 With the opening of the rooms and suites, The Arts Club is also expanding its permanent collection of contemporary art with the attainment of over 40 photographic works, carefully selected by the club’s curators Amelie von Wedel and Pernilla Holmes of Wedel Art Advisory. Guests will discover texts offering the background on each of the individual pieces displayed, in each room.

Situated at the heart of contemporary cultural life in London, The Arts Club’s collection reflects the rich and diverse Mayfair arts scene outside and inside the Club walls. Full of visual references, the new collection theatrically interacts with the architecture and experience of the rooms.

Of the new acquisitions, works by world-renowned artists such as Nobuyoshi Araki, Sam Taylor-Johnson and the revolutionary Guy Bourdin are joined by exciting newcomers such as Sarah Choo Jing, Eva Stenram and Jeremy Kost. Also included are works by seminal artist John Baldassari, who is already represented in the permanent collection, as well as Linder, Matt Lipps and Laurie Simmons, each of whom have recently exhibited at the Club as part of The Arts Club’s exhibition programme which changes throughout the year. 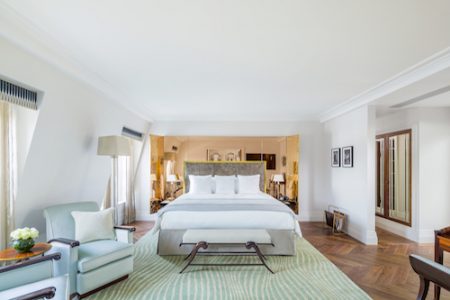 “Selecting works from emerging and more established artists, we have curated a vibrant and dynamic group of works which reflects the high calibre of our permanent collection and our changing exhibition programme which are at the heart of The Arts Club.”