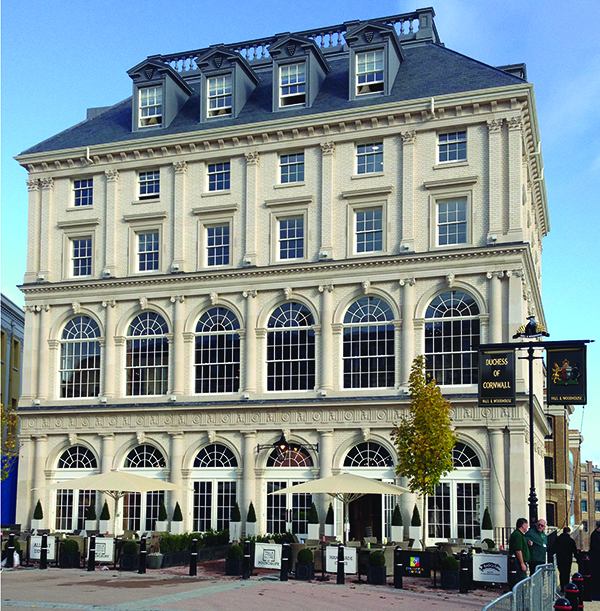 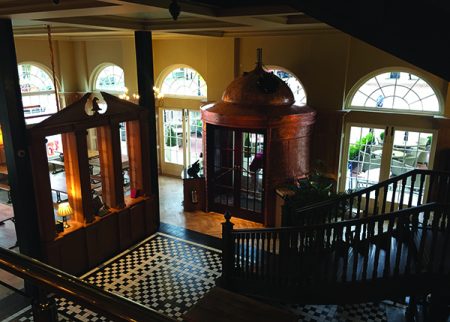 A new bar and restaurant in Poundbury opened with a royal seal of approval in October this year as the Duchess of Cornwall Inn welcomed four members of the monarchy as its first guests.

Part of the Hall & Woodhouse brand, the venue welcomed Her Majesty Queen Elizabeth II, the Duke of Edinburgh, H.R.H Prince Charles and the Duchess of Cornwall – after whom the new establishment is named.

Spread across four floors, the building takes inspiration from Georgian England and was brought to life by design agency Harrison. John Hennessy, Senior Designer for the project spoke to Premier Construction about the origins of the project and the finished product:

“Our original brief was based upon our Clients ‘flagship ’property in Bath and initially we were to develop the ground and first floor only and the upper floors were to be residential apartments.

“During the design process our Client acquired the upper floors and the overall concept began to change to incorporate twenty letting bedrooms and our Client’s ‘1777’ concept which relates to the year in which the company was founded. Over the subsequent two and a half years the concept was developed and refined and will now go through further refinements as the Client develops future projects.”

Throughout the design process emphasis was placed on the use of reclaimed materials. The oak timber flooring, wall panelling, parts of the counter servery and many items of furniture were reclaimed, revived and reupholstered to bring them up to contract standards. 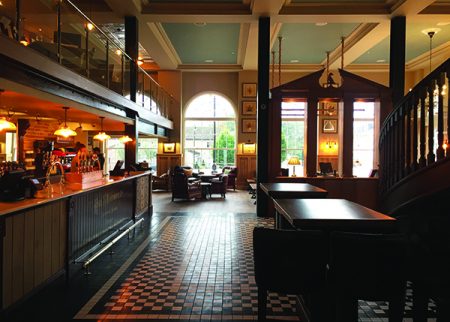 “On entering the building the guest passes through a copper entrance lobby which was formed from one of the brewery’s ‘King and Barnes’ copper brewing vessels. To the left is the feature oak staircase which was referred to as the ‘Hogwarts’ staircase as it rises up to the first floor adjacent to an art gallery wall which is ten metres high.

“The staircase also gives access to the mezzanine dining level which gives views across the ground floor.

“The bedrooms are distinctly different in that they refer to the year 1777 and have been furnished and decorated as a Georgian interior. Some have painted floor boards and rugs, some are carpeted and each has been individually styled. One of the really great aspects is the view from the fourth floor windows, out across Poundbury to the countryside beyond.”

An urban extension to the Dorset county town of Dorchester, Poundbury has been built on the principles of architecture and urban planning advocated by H.R.H Prince Charles. It was only fitting then that the opening of the venue be marked by the Duchess of Cornwall pulling and serving the first pint for her husband.

“Until just a couple of weeks before it happened, meeting the Royal family was something beyond my expectation but having royalty officially open one of my projects and being able to discuss the works with them was certainly a high point in my career. Being part of a project so closely associated with the Royal family and the Duchy of Cornwall has provided an unforgettable experience.”