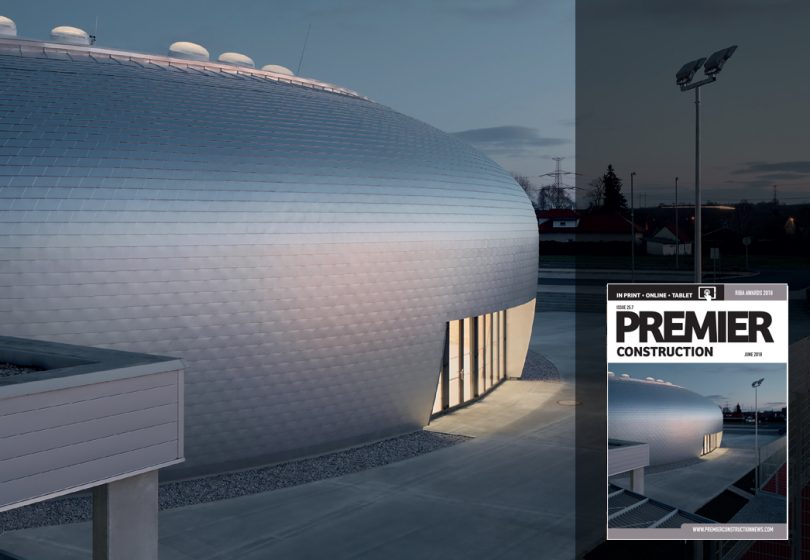 This Month in Premier Construction 25.7

Nestled neatly in the heart of the capital overlooking the River Thames, The River Building is a self-contained office development. The two storey structure was originally built as part of Cannon Bridge House and bridges the landmark towers of Cannon Street Station. A re-imagining of its design, headed by Stiff + Trevillion, has led to the creation of new, standalone Grade A office accommodation. Alongside the new office space, The River Building is also home to a stunning one acre roof garden that offers breath-taking views of the city.

Meanwhile, designed by Sporadical, a Prague-based architecture practice, the Dolní Břežany Sports Hall in the Czech Republic is a new gymnasium and community space. The new sports hall, which adjoins with Dolní Břežany Primary School, can be used by the school for physical education classes and is also open to the public for sports activities, as well as a cultural venue. Situated on the edge of a built up area, in the centre of a larger development zone, the sports hall is described as ‘an attractive architectural concept – a spatial rotational ellipsoid form – a response to both current requirements and an unknown future.’

And finally, the highly acclaimed RICS Project of the Year award has been presented to the Mersey Gateway Project. The £1.86 billion project involved delivering a new six-lane toll bridge over the River Mersey in Halton and significantly upgrading the areas highways.  RICS judges awarded the prize to the project for not only removing a notorious congestion black-spot in the North West but for also making journeys to and from the area far quicker, easier and much more reliable. The judges were also highly impressed with the projects remarkable economic benefits, which are expected to be four times greater than the project’s initial cost.