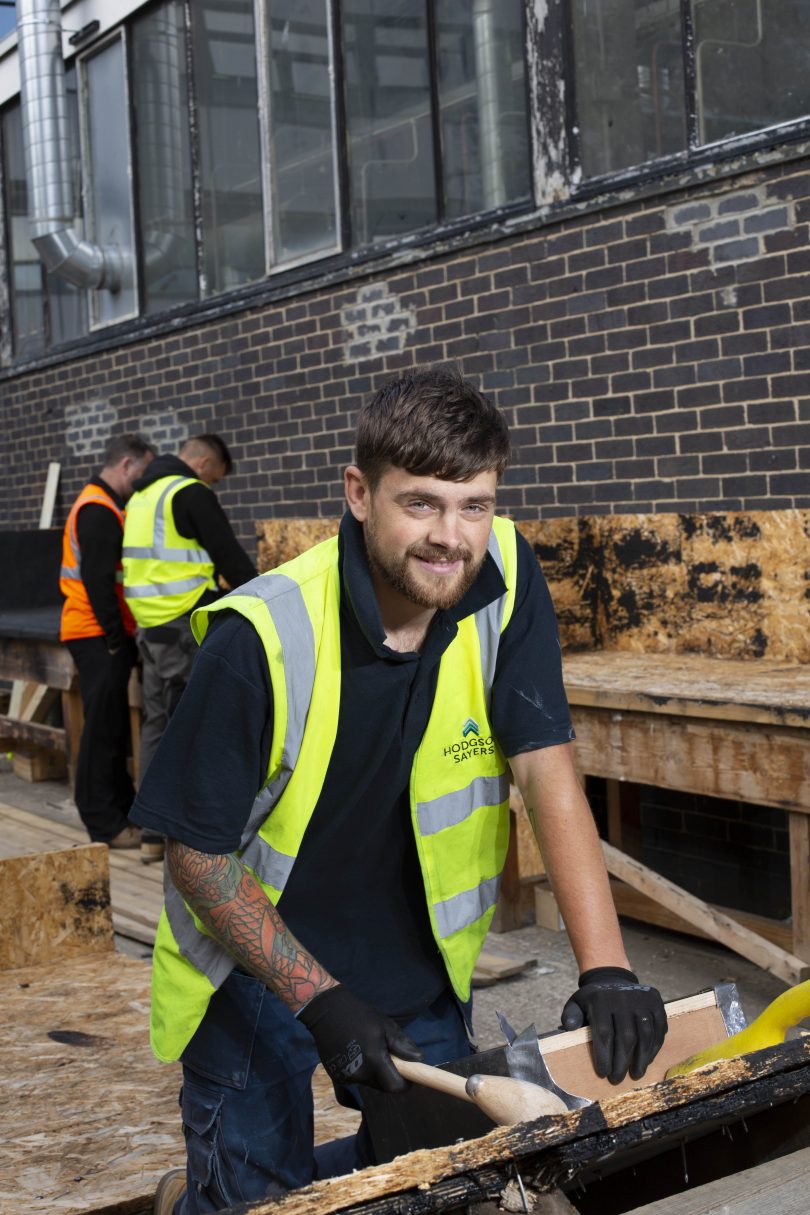 A roofing apprentice from Newcastle College has reached the finals of a prestigious national skills competition, to be held this week in Birmingham.

David Crank, who’ll be competing in roofing and slating, is one of only two students in the Tyneside area to make it to the final round of WorldSkills UK Live (formerly the Skills Show) and the only roofing apprentice in the North East.

The competition is the nation’s largest skills, apprenticeships and careers event and brings together apprentices from across the country to compete to be the best in their chosen field.

Winners from the UK final are then given the chance to progress to the international competition as part of Team UK, which will be held in Kazan, Russia in 2019.

David impressed the judges after winning his regional heat earlier in the year and will now compete against other high scoring apprentices across three days at the national final.

The judges will ask students to expand on skills demonstrated in the initial round by repeating the challenges in front of an estimated 70,000 visitors and will be looking for technical precision and ability.

To prepare for the competition, David has been dedicated to fine tuning his skills over evenings and weekends, with the help of his employers and tutor.

David, a Hodgson Sayers apprentice, said ahead of the final commented: “It’s really exciting to be going to the WorldSkills UK final. I definitely couldn’t have got this far without the help of my tutors and the tradesmen that I work with, but I’m quite confident about my chances, the training and advice I’ve had has been great.

“The amount of support I’ve received from my tutors here is amazing, they’ve given up their own time to give me extra training and they couldn’t be more supportive. I hope I do them proud.”

Tony Lewin, Principal of Newcastle College stated: “It’s fantastic that David will be representing the College and the North East on the national stage.

“He performed extremely well in his regional heat and is an excellent ambassador for the College. I’ve every confidence that he’ll do just as well at the final.

“WorldSkills is an important competition which highlights the merits of vocational education. It encourages students and apprentices to raise their aspirations and helps them develop lifelong skills, which I’m sure will benefit David in what will no doubt be a hugely successful career.”

WorldSkills UK Live will be held at Birmingham NEC from 15th – 17th November 2018. Winners will be announced at the event on 17th November. https://www.worldskillsuk.org/