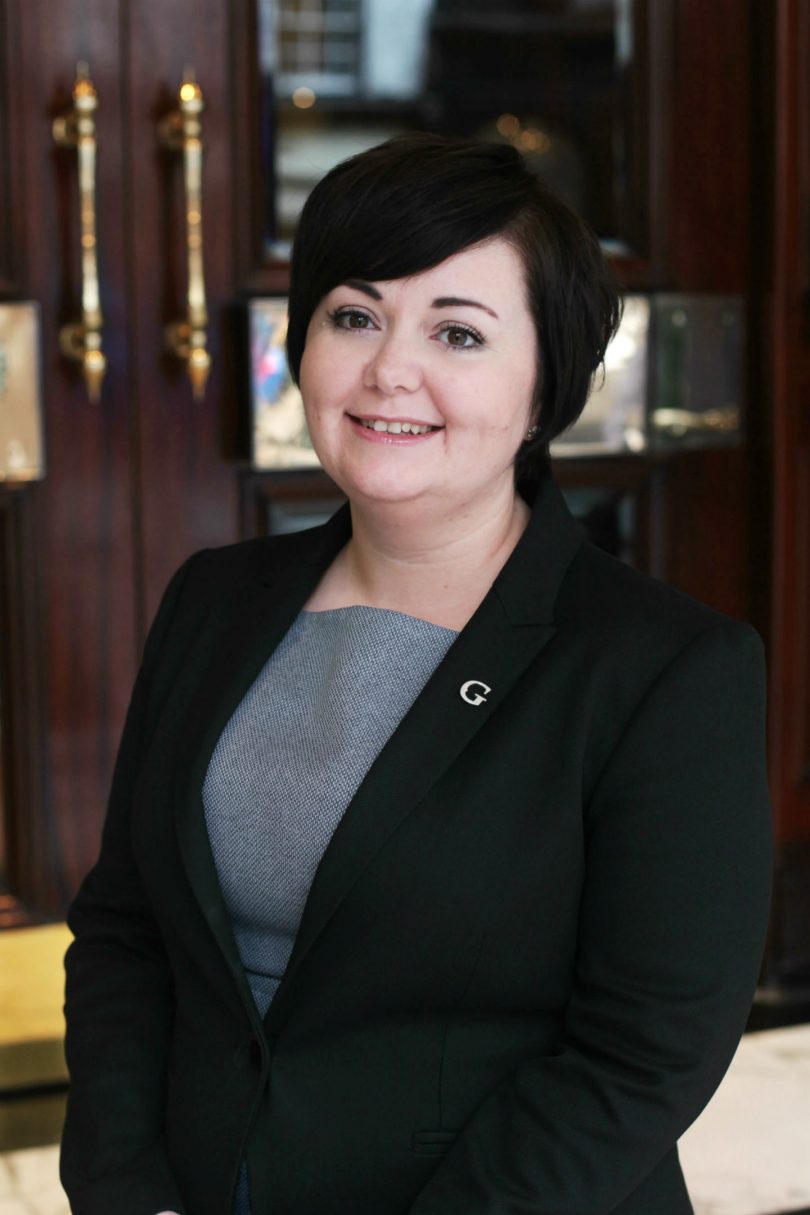 Sarah Ballam, formerly Rooms Operations Manager at The Chester Grosvenor, has been promoted to Hotel Manager.

Proud to promote from within, the news of Sarah’s appointment was revealed on Monday 5th November by The Chester Grosvenor’s General Manager, Richard Grove. Sarah joined the hotel in 2013 as Head Receptionist and has shown immense commitment and capability over the years, rising through the ranks to Reception Manager, Front of House Manager and latterly Rooms Operations Manager, before now leading the day-to-day operation of the hotel.

Her promotion to Hotel Manager will involve overseeing all of the hotel’s departments, including: Restaurants, Meeting and Events and the Spa, in addition to Front of House, Housekeeping and Maintenance.

General Manager of The Chester Grosvenor, Richard Grove, comments: “Since joining the team in 2013, Sarah Ballam has established herself as a vital part of the hotel’s ongoing success.”

“With her wealth of experience in structured leadership and impeccable customer service, she will build on the improved guest experience with an emphasis on attention to detail across all service areas, whilst helping to retain the accolades that the hotel has held for many years.”

In the past two months alone, The Chester Grosvenor has earned its place on The Sunday Times’ ‘Top 100 British Hotels’ list, in addition to Simon Radley at The Chester Grosvenor ranking in the Waitrose and Partners ‘Top 50’ Good Food Guide 2019. In another proud moment last month, the restaurant retained its Michelin star for the 29th consecutive year – one of only a handful of UK restaurants to do so.

Sarah comments: “Being part of such an exceptional team has always been an immense privilege, and to now evolve into Hotel Manager is an exciting opportunity to lead, develop and inspire individuals to grow on their own journey with The Chester Grosvenor.

Having recently retained our 5 AA Red Star status for another year, exceeding the expectation of our guests will always be at the heart of what we do, and I am passionate about working with the team to continue delivering the guest experience for which The Chester Grosvenor is so well renowned.”