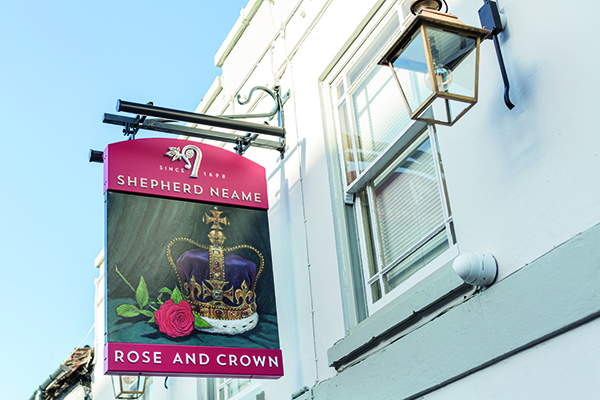 The Rose and Crown

The historic, Grade II Listed, village inn was the subject of a month-long project that included decorating throughout, refurbishing the main bar and transforming a former games room into a private dining area for up to eight people.

Outside, the inn has been repainted with new signage and lighting, and the car park has been resurfaced. The large garden has an attractive selection of new flowers and shrubs, and the outdoor furniture has been fully reconditioned.

The Rose and Crown was taken over by licensees Alan Egan and Vicky Neaves just over a year ago. Vicky was working as assistant manager for the previous licensee, and when the inn became available, the couple decided to make the most of the opportunity.

Alan, 35, said: “We have both worked extensively in the hospitality industry, and could see that the Rose and Crown had a lot of potential. It has a lot of history and character, and is the biggest pub in Elham, with six en-suite guest rooms. We are delighted with the inn’s new look, as it is already helping us to attract more passing trade.”

Alan’s last role was as head chef at a Kent restaurant with two AA Rosettes, and he has also provided bespoke private dining for a number of high-profile clients in recent years. His passion for food is evident in the delicious new menu of traditional and contemporary dishes on offer at the Rose and Crown. Locally sourced ingredients are used wherever possible, with bread from The Ark Bakery in Etchinghill, meat from Marchants of Bethersden, fish from Griggs of Hythe and fruit and vegetables from David Catt & Sons in Maidstone.

Alan said: “The pub has its own kitchen garden, so I also source herbs and vegetables from there, and some of the locals who have allotments in the village give me their surplus produce. We have purposely limited the number of dishes on the regular menu in order to have the freedom to introduce specials depending on the seasonal ingredients available.”

The transformation of the space was officially launched in June 2018. The event was attended by many local dignitaries and residents, with the first pint pulled by Leanne Marco, who has worked at the Rose and Crown for over 20 years, since she was a teenager.

“The Rose and Crown is a special building with a fascinating history. Our aim with this refurbishment was to update the inn with a stylish new look while also taking care to retain its original features. We are confident that with its new look and delicious new food offer, the inn will prove a huge success with locals and visitors alike.”

Alongside the excellent food and drink offering, the Rose and Crown boasts a rich historical background. The Rose and Crown was originally timber framed and built in the 16th century. The pub was used for many years for the Elham Petty Sessions, and the courtroom can still be seen on the first floor. Mortises and grooves in the beams show where a small room was set aside for the use of the magistrate, who visited here once a fortnight. The first game of Bar Billiards was played at the Rose and Crown in 1932.

The Rose and Crown is open from 3pm to 11pm on Monday, and 12 noon to 11pm Tuesday to Sunday. Food is served from 12 noon to 3pm and 6pm to 9pm Tuesday to Saturday, and noon to 5pm on Sunday. To find out more, please visit www.roseandcrownelham.co.uk. 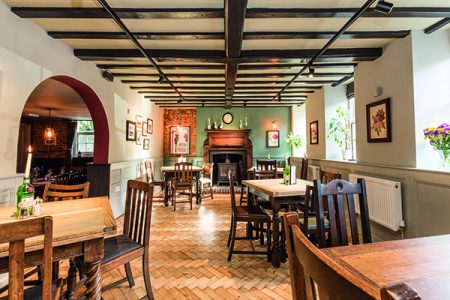