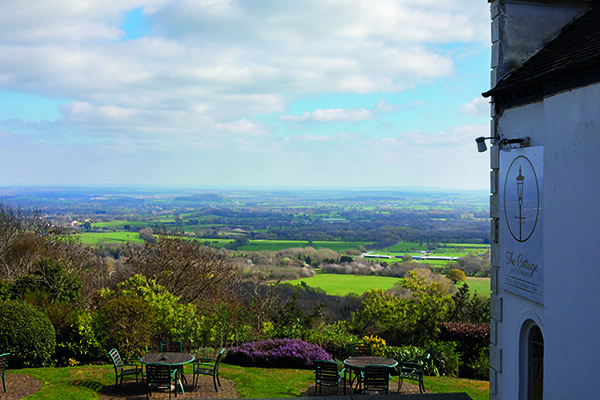 The Cottage in the Wood

With phase two of the refurbishment programme of The Cottage in the Wood, Malvern now completed, co-owner Nick Davies has secured £2.1m from Cumberland Building Society to enable the complete refurbishment of the entire hotel by 2020, two years ahead of schedule.

After purchasing The Cottage in the Wood in 2015, Nick and his wife Julia began phase one of the three phase refurbishment of the hotel. A redesigned 1919 Restaurant & Bar and renovated public spaces in the Main House were launched in April 2017. Phase two has also completed with the refurbishment of all seven bedrooms in the Main House and the redesign of Beech Cottage with four bedrooms.

“Phase one was the Restaurant and Bar refurbishment where we incorporated a Georgian country feel with a modern twist. We used Georgian colours, tones and features combined with modernity to give it a more relaxed feel. We also wanted to focus on Britishness as well so we used a British wallpaper, which is a woodland design with British birds on it from woodpeckers to owls so that is one of the backdrops that stands out in the restaurant.

“Historically, Elgar spent a lot of his time at the site so we took an image of him and blew it up to full height and that is on the wall up the staircase. That therefore relates to the history of the building using modern application.

“In terms of the bar we opened that up because originally it was a series of small rooms so we put in a new bar and continued with the Georgian coloured paints.

Brokered by Christies, the funds from the Cumberland Building Society will fulfil the owners’ ambition to forge ahead and refurbish the remaining 19 bedrooms in the Coach House, build an orangery to extend the bar capacity and convert two meeting rooms into a family suite in 2020.

Claire added: “Phase three is the remaining bedrooms which we will be starting shortly. They are in the Coach House which is a newer building on the site. We are going to play on the Georgian colours but make it a bit more modern and contemporary.”

Bob Bishop, Head of Commercial Lending at The Cumberland commented: “Here at The Cumberland we’ve been supporting accomplished hoteliers for over 25 years. Nick and Julia have an ambitious plan to transform their hotel and we are delighted to be involved in helping them to deliver that plan over the course of the next 12/15 months and beyond.”

Nick Davies said: “The deal with Cumberland Building Society is very exciting for The Cottage in the Wood. We can develop the hotel into the great community space it should be for guests near and far to enjoy. It is testimony to dedication of the staff that has enabled this to happen. All of us are very excited to be taking the hotel to the next level and completing our vision.”

Since relaunching in April 2017, 1919 Restaurant has achieved strong reputation for its warm service and refined menus of local produce. Meanwhile the hotel bedrooms already enjoy high occupancy throughout the year. In January 2018, Nick and Julia saw an 80% increase in revenue above target.

Claire concluded: “We always like a bit of a challenge. We work a lot in restaurants so it is refreshing to be doing a hotel. We have done some other hotel projects but it is an area we want to work more closely in. It was nice to do the work and the clients were fun and very enthusiastic to work with. It is always fun to be involved with people who enjoy the process so overall it has been a great project.” 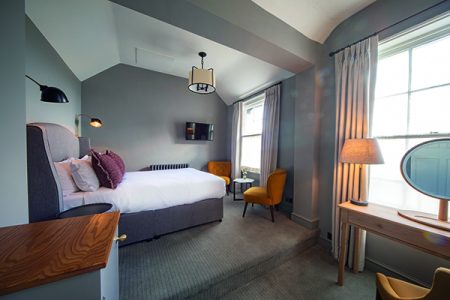