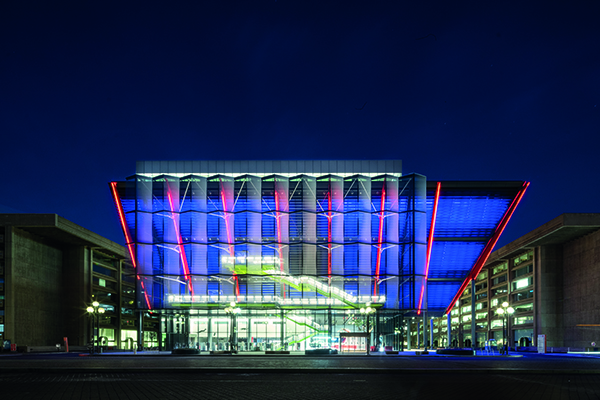 The International Spy Museum (SPY) is the only museum in the world dedicated to fostering public understanding of intelligence and espionage from a global perspective, which has an enormous impact on our daily lives and has played a critical role in world history. Located in Washington D.C, a hub for the Intelligence Community, as well as international intelligence, the Museum is at the heart of the ever-changing world of global espionage. The Spy Museum is a non-profit organisation independent of any government funding or oversight.

It is the Museum’s mission to provide visitors with nonbiased, accurate information through its educational programs, exhibits and resources. The original museum opened in 2002 and its new, expanded building opened on 12th May 2019.

The International Spy Museum’s new building is a purpose built structure designed by Rogers Stirk Harbour + Partners, and is tailored specifically for exhibitions and public events.

Speaking to PREMIER CONSTRUCTION MAGAZINE about the project, Ivan Harbour from Rogers Stirk Harbour + Partners said: “The International Spy Museum was already based in DC in an existing building and their lease was running out so they were looking for a new home. They wanted to repeat their arrangement by moving into an existing building but that fell through so a decision was then made to develop a museum from scratch. That is the unique thing about the site; there are spy museums all around the world, but this is probably the first time where someone has had to produce a building to create such a thing.”

The new building increases permanent exhibition space by 30%, includes a theatre that can accommodate up to 160 guests for public programs, features adaptable spaces for programs and can accommodate even the museums largest artefacts. More than two times the size of its previous home, the flexible design of the facility allows for new programming and future initiatives, including a new special exhibition space.

The structural engineering for the project was overseen by SK&A Structural Engineers. Walid Choueiri, Principal, commented:
“Our involvement with the project provides us with a great sense of fulfilment and pride to be able to play a significant role achieving the ownership’s goals and architectural vision for the project. The project will be a frequented destination in the nation’s capital for years to come.”

The International Spy Museum has the largest collection of international espionage artefacts ever publically displayed. Its collection tripled in 2017 when founding board member H. Keith Melton and his wife Karen pledged a gift of 5,000 objects from their world-renowned collection of rare intelligence-related objects.

The new exhibits explore the full intelligence process from collection to analysis to action and dive into moments when espionage changed history. With interactive and immersive exhibitions and in-depth stories of intrigue, daring and betrayal, the Museum puts visitors in the shows of the officers, agents and analysts who work in the shadows, as well as the leaders who make use of their work – sometimes with life or death consequences.

The new Spy Museum will look at espionage successes and failures, show how changing technology has transformed the world of intelligence from ancient times to today and how cyberwarfare brings these activities into our homes.
Ivan added: “The museum has more than doubled in size and has taken on a significant collection, which is much more extensive than it was in its previous location. My understanding is that it has been extremely well received. In its previous home it was the most popular museum in DC after the Smithsonian and it is now performing better than it was previously so it is an exciting new thing.”

Located between the Wharf and the National Mall, and within a couple of blocks of both, the new International Spy Museum will expand cultural tourism to L’Enfant Plaza and the Southwest quadrant of Washington DC. The Spy Museum’s new home is a short walk from the Hirshhorn Museum, Smithsonian Castle and Smithsonian National Air and Space Museum.

Ivan concluded: “Architectural projects are always of great interest and to come across projects which are unique ae great. We always try and make something unique out of everything we are approached for but here, with a unique brief on top of that, it made it a bit more special and it certainly brought a smile to people’s faces when we told them about  it. It was a very enjoyable project and it was a very personal project for the client and that relationship is something you always cherish.” 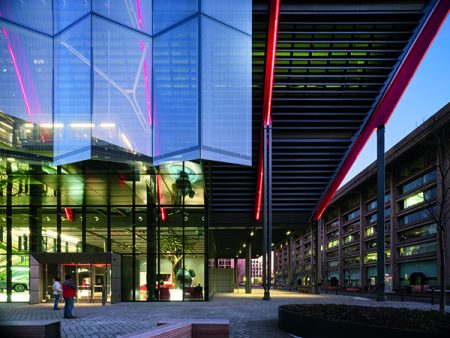