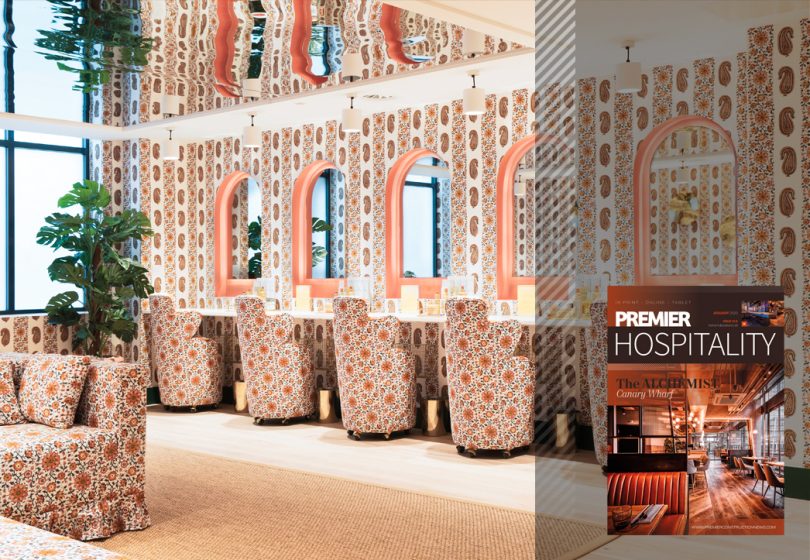 This Month in Premier Hospitality 10.6

In this month’s issue we take a look at The Newt in Somerset; we check out D&D London’s newest restaurant, 14 Hills; and we unveil Wembley’s latest hospitality venture, Number Nine Club.

The Newt in Somerset, a working county estate near Bruton including hotel and spa, is now open to guests. Set within Hadspen House – a Grade II* Listed Georgian Manor House – and its Stable Yard, the hotel has 23 individually designed bedrooms, with guests encouraged to embrace country living and explore the historic estate and surrounding area.

The bucolic setting has inspired a garden-to-table menu in the restaurants, as well as botanically based treatments in the world-class spa. The hotel and spa follow the opening earlier this year of the formal and productive gardens, ancient woodlands, apple orchards, cyder press, restaurants and farm shops.

D&D London’s newest restaurant, 14 Hills, opened in November 2019. The restaurant is situated in London’s square mile, on the 14th floor of 120 Fenchurch Street. Its interior contains a variety of trees and shrubs spread throughout the space, transforming the open plan space into an indoor garden high above the bustling crowds of Fenchurch Street.

The views from the restaurant are spectacular, taking in many of the great landmark buildings in London such as Tower Bridge, the Shard and Canary Wharf.

Club Wembley has officially opened its new “club within a club,” Number Nine at England’s national stadium. Club Wembley first revealed details of the new members-only offering back in May and the space opened in September.

Named after England strikers past and present, Number Nine offers members a place to enjoy food and drink pre- and post-match at Wembley. The space is located in the Atrium Lounge on the north side of Wembley and is positioned centrally with seats adjacent to the Royal Box.

With all this and more it’s time to sit back and tuck into another helping of Premier Hospitality. Go well!