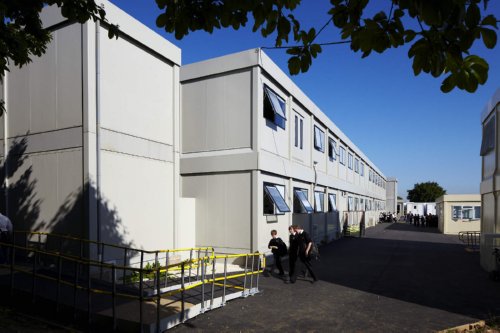 Work on the new Campsmount Technology College began in March 2011. Wates Construction will undertake the building work and the new school should be completed in February 2012.

Andy Sprakes, Headteacher of Campsmount Technology College and Conference Chairman, said: “Excitement is growing as the building is rapidly taking shape. The new school will provide a wonderful learning environment for our young people and will further enhance our reputation as a fantastic school.”

The original school building was substantially damaged when an electrical fault led to a major fire in December 2009 and the school had been in temporary accommodation since March last year. In September 2010, the Government announced that Campsmount would be rebuilt and would go forward as a pilot scheme to test some of the areas being explored as part of the Department of Education’s (DfE) ongoing Capital Review. 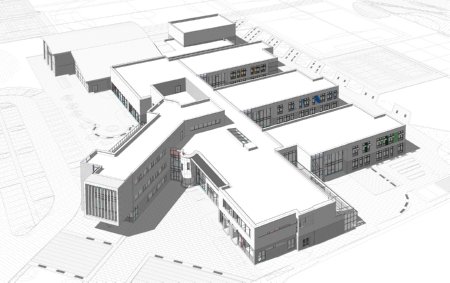 Working closely with Partnerships for Schools (PfS), the school rebuilding team has undertaken new procurement procedures that speed up and simplify the process and ultimately save the taxpayer money. This meant that work on site began within six months of the scheme being given the green light – half the previous time allowed of twelve months.

Tony Hancox, Academies Director for Wates Construction, commented: “Against a backdrop of reduced funding, and with student numbers reaching near-critical levels in the UK, there is an urgent need for a more efficient and cost-effective way to deliver school places.

“Wates Construction has recently launched Adapt School Solutions in partnership with Capita Symonds, a school building model shaped by our work with Doncaster Council on Campsmount Technology College. Adapt can reduce the construction process of a new school to approximately 36 weeks rather than the 60 weeks typically expected. Furthermore, this will empower local authorities to meet their cost-cutting objectives through efficient procurement.”

Wates has submitted proposals to the council for a further two academies in Doncaster under the Future Schools Agreement: The Outwood Academy Adwick (a £16m project) and the De Warenne Academy (a £10m project). 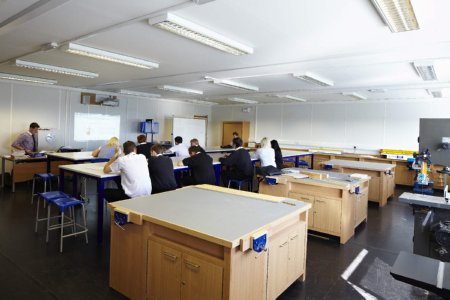 “What we are providing for patients in the new Pinderfields Hospital is first class care and now first class facilities. Patients can expect to receive their treatment in an environment designed around them.”

Pinderfields Hospital opened its doors to its first patients in June 14th 2010, less than 3 years after the contracts were signed. The Children’s Centre has all outpatient services for children in one place, along with the rehabilitation department for physiotherapy and occupational therapy, neurology outpatients, orthotics and clinical psychology. To mark the occasion, local MPs Mary Creagh and Ed Balls visited the new facilities, where they met staff and patients.

Since then the other departments, including: oncology/haematology, mammography, neurophysiology, cardio respiratory, ophthalmology and maternity have opened. In April 2011, the Trust expanded to provide community health services for the Wakefield District, including Adult Community Nursing, Children’s Health Services, Podiatry Care, Epilepsy Care and many others.

Physiotherapist Laura Lightfoot said: “It’s absolutely fantastic. We have got so much more space and the rooms we have got are amazing. I think it is really going to enhance patient care.”

Many different companies worked on the 86,000 sq m site. These included: Safety Net Services, who installed safety netting to the underside of all the floors and the underside of the roof; Prater Roofing Ltd. and Richard Lees Steel Decking; BDK Architects; and aluminium glazing specialist, Technal who, in partnership with Quest solutions, provided around 1,500 new windows for the £250 million Pinderfields Hospital in Wakefield. Crown Trade provided around 70,000 litres of paint for the scheme.

The scheme was not without its challenges. Because Pinderfields was completed in phases, many of the facilities became operational whilst contractors were still hard at work. Proprietor Simon Magill said: “We all had to be extra vigilant as we were working next to hospital staff, patients and members of the public. This obviously put extra restrictions on when we could get work completed, but we still managed to meet all our schedules.”

In one day, 500 people attend the hospital’s Emergency Departments, they carry out over 235 planned procedures including operations, see around 1,850 people in their Outpatient departments, 2,700 meals are served to hospital patients and District Nurses make over 500 patient visits. In addition, around 18 babies are delivered in their maternity units and their Health Visitors see over 8 new babies.

It is hoped that the new hospitals will provide the medical support that the community has lacked for so long; delivering not only babies, but first class healthcare.