The project was carried out by Main Contractors Midas Construction. Lead Consultants and Project Managers were 5 Consulting and Architects were Barrie Simon & Associates.

The new two storey building which has a basement to one end, was constructed on a sloping site which was previously a car park (the car park was re-located to a site which was formerly occupied by a petrol filling station).

External elevations of the new building are in through-coloured render incorporating Trebarwith local stone features and the pitched roof is covered with slate tiles. The building incorporates a number of eco-friendly features including rainwater harvesting, photovoltaic panels, solar thermal pre-heating for water and Nordan thermally broken triple glazed windows with a U value of 0.7. The rainwater harvesting and photovoltaic panel systems were supplied by Micro Generation. 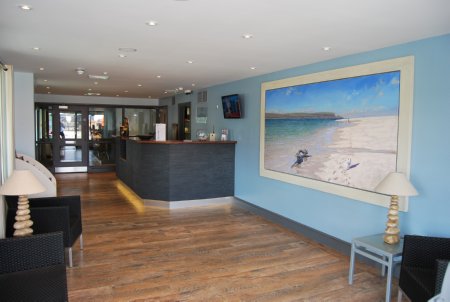 All of the bedrooms are double or twin ensuites, with some being interlinked.

The project also provided a valuable learning curve for Matt Murphy, a 15 year-old Year 10 student at the Richard Lander School in Truro, who spent a week with Midas where he was introduced to management and learned how the business works at the company’s offices, before undertaking a number of site visits – including one to the County Arms Hotel site.

“At the County Arms I had a full sub-contractors induction and Paul Gendall, the Senior Site Manager, showed me over the whole site and explained the different stages of the project. 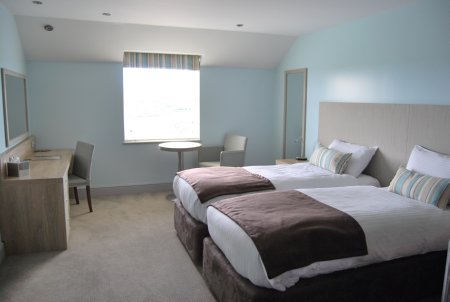 “I have been interested in the construction industry for some time and the combination of talking to the Midas management and the site visits has made me think that I should be looking for a course in business and construction studies when I’m ready to go on to college or university” he said.