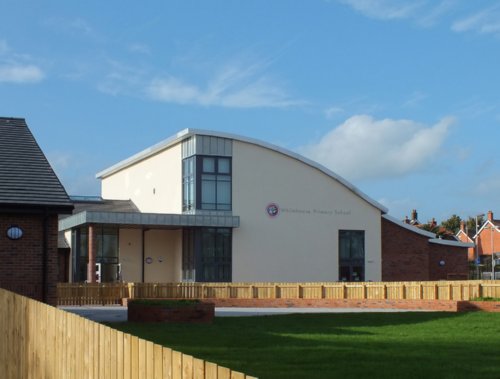 The new school replaces an old primary school which occupied the site before being destroyed by a fire in 2009.

The project was carried out for the North East Education and Library Board by Main Contractors Graham Construction. 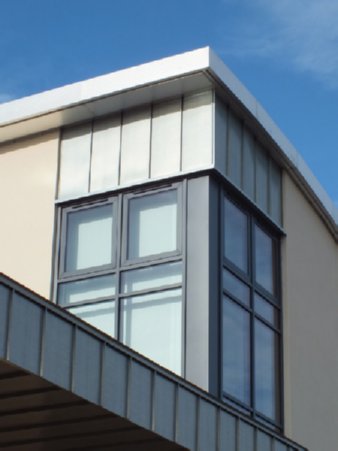 Following the fire, staff and pupils at the school had to move into a wing of the nearby secondary school, which was built for older pupils. Eventually, after a campaign by parents and teachers, the Department of Education released money for a new building.

Initial construction works included demolition of the remains of the old school building and clearance of the sloping site. 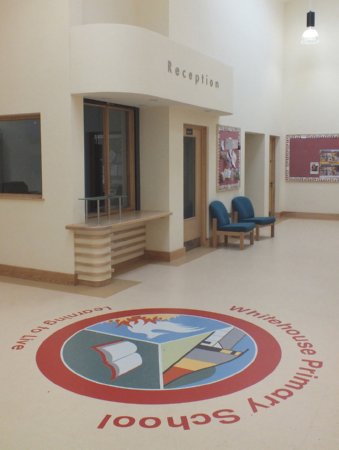 Internally the building is of block cavity wall construction with a 215 mm inner leaf, with isolated supporting steel elements and a steel frame system to the main hall. 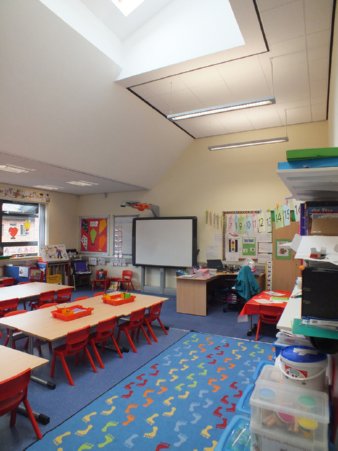 Distinctive design features include a dramatic curved aluminium standing seam roof over the main hall, with this curve also reflected internally within the acoustic ceiling. The remainder of the roof is primarily pitched and tiled. Rooflights are used extensively throughout to flood the school with natural daylight. The building also features a zinc entrance canopy linking the hall with the main body of school building.

Externally the works include the provision of a car parking area and soft landscaping. 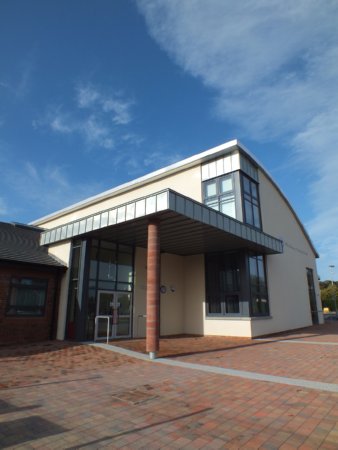 Louise Weir who has taught at the school for 17 years said: “This is amazing for us and the children to be able to have this huge building, their own playgrounds, their own spaces and everything catered for their own needs.”

Parents and pupils also praised the new facility. Parent Priscilla Udoh said: “It was really, really hard but this is what we’ve been dreaming of. This is a school, this is beautiful.” 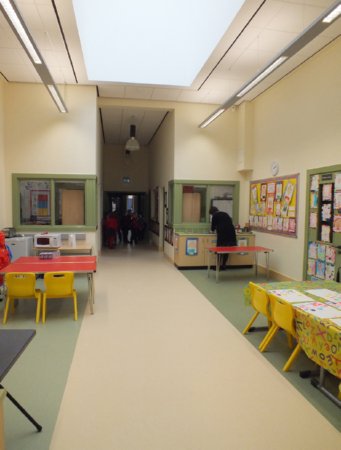 P7 pupil Ethan Dawson added: “It’s good because a few years ago we didn’t know if we were going to have a school to go into. When I came in here it just seemed so big compared to the other school.”