Hailed as a major milestone in London Underground’s station upgrade programme, Bond Street Tube station is just one of the stations to undergo a significant redevelopment.

The £300 million station upgrade will help to alleviate the congestion created by the significant rise in the number of passengers that use the station.

Bond Street Tube station provides transportation for tourists, local residents and workers employed in the surrounding area, serving approximately 155,000 passengers daily. With demand expected to increase to 225,000 passengers with the advent of Crossrail, an urgent need to increase the capacity was identified.

Works will include the construction of a new Tube station entrance on Marylebone Lane, on the north side of Oxford Street. In addition, there will be a new ticket hall, new escalators to serve the Jubiler line and the creation of an additional access route. Further facilities will include new lifts to provide step-free access from street to platform and an improved interchange between the Central and Jubilee lines. 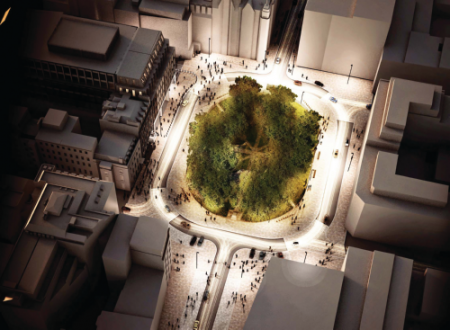 “By 2017, Bond Street station will be served by both London Underground and Crossrail and will be a key gateway to the West End. This redevelopment is essential to ensure that the station can accommodate the large increase in passengers that will use this station.

“The £300 million redevelopment of the tube station – coupled with the new Crossrail station – will transform the Bond Street area and act as a catalyst for further investments, securing the West End’s position as a premier shopping and entertainment destination and major employment centre. 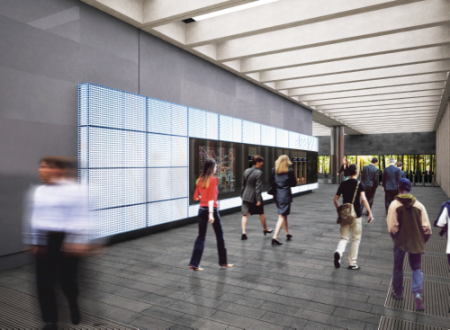 “Work is underway to increase the station’s capacity by creating a new entrance and ticket hall on the north side of Oxford Street and installing additional escalators and passageways below ground. In addition, the station will be made accessible with step free access from the street to all platform and interchanges.”

Kulveer Ranger, Transport Adviser to the Mayor of London, added:

“This station emphasises the need for progress to be maintained on both upgrading the Tube and building Crossrail. Our focus at all times will be on delivering the infrastructure London needs at the best possible value for tax and fare payers.

“London is the heartbeat of the UK and upgrades like this are vital to long-term job creation and economic growth around the whole of the country.

Before excavation works for the new ticket hall could begin, archaeological investigations were carried out at the Davies Street site in order to record any evidence of historic occupation. Archaeologists subsequently discovered that the now-demolished 65 Davies Street lay above the historic bed of the River Tyburn. There is also some evidence to suggest that the region was a settlement area from the Roman to the medieval periods.

In November 2010 London Underground purchased 354-358 Oxford Street, which has been demolished to provide a site for tunnelling new passageways and constructing a new station entrance. The demolition of this building to ground floor was completed before Easter 2011 to create a new worksite for the construction of new tunnels and passageways for the expanded station. As the building sits on the busy Oxford Street, a gradual and controlled demolition occurred in order to ensure minimal disruption for the local residents. 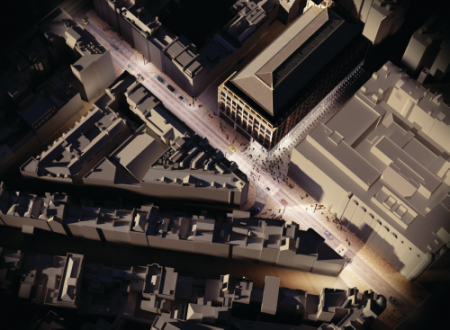 Works have presented a number of challenges, particularly as the water mains are encased in concrete. As result, it has been necessary to use hydro-demolition, which is when a jet of water at high pressure is used to carefully cut away concrete without causing damage to the water main.

Oxford Street will be close to eastbound traffic road users during the works, resulting in the diversion of traffic from a section of Oxford Street located between Duke Street and Vere Street.

London Underground has also worked closely with business and retailers in order to minimise disruptions in this high-profile area.

“Transport for London (TfL) has worked closely with us on the closure plans which will of course cause a certain amount of disruption, but we’re focussed on the long-term benefits it will bring to West End retailers and shoppers.

“A large majority of our shoppers rely on Bond Street station and without this upgrade and vital Crossrail link businesses would suffer from a tube station that is unable to cope with the huge increase in passenger numbers.”

In 2010, TfL awarded the £130 million joint venture construction contract for the redevelopment of Bond Street to Costain and Laing O’Rourke.

“We were delighted when we were awarded the contract in the heart of central London, as it builds on two recent contracts with Crossrail and again demonstrates our skills and capabilities in this area.”

VVB Engineering has provided mechanical and electrical services and systems to enable tunnelling drives and excavations for the installation of the station’s new passageways, lifts and escalators.

In addition, VVB has provided mitigation designs and carried out associated work for areas where the tunnelling work interfaces with the operational station. A staged migration process was established to enable inherent systems to be relocated prior to the completion of the tunnelling breakthroughs.

The main objective was to preserve the operational status of the station, ensuring that disruption to passengers is kept to a minimum and the current freedom of passage is maintained.

VVB are responsible for approximately £17 million of the overall budget, split into tunnelling and enabling works.

In order to realise the successful delivery of the project, key dates had to be met early in the scheme in order to combine services, civil and architectural activities and ensure that the timescales facilitated the completion of the works by 2017.

A workforce of approximately 50 staff has been involved over the lifecycle of the project. The work has been managed and undertaken with full compliance with London Underground standards and specifications in accordance with the strict assurance requirements of a Sub-Surface (Section 12) Underground Station.

In order to successfully complete migration and alterations to the existing infrastructure, a ‘Lift and Shift’ plan was implemented. This interfaces with London Underground, stakeholders and their asset maintainers to ensure that the current station ambiance and operational status is sustained throughout the duration of the project.

VVB have also worked closely with Costain Laing O’Rourke as the MEP contractor in delivering the Farringdon Station Thameslink Project. Farringdon station is a London Underground and National Rail station in Clerkenwell, just north of the City of London in the London Borough of Islington.

The project has involved the redevelopment of the existing heritage station in order to accommodate longer Thameslink trains, along with a range of important improvements.

VVB provide complete project solutions ranging from mitigation to design, construction, installation, commissioning and maintenance of all mechanical and electrical systems. The company currently employs approximately 300 staff and undertake around £50 million worth of work each year.