Since opening their first restaurant in Clerkenwell in June 2005, independent restaurant group Pho has set […]

Since opening their first restaurant in Clerkenwell in June 2005, independent restaurant group Pho has set a precedent for providing authentic Vietnamese street food within a contemporary, vibrant and affordable setting.

Pho is the brainchild of husband and wife team Stephen and Juliette Wall, who developed the concept after being inspired by the Vietnamese cuisine whilst travelling in 2003. Pho now has six restaurants in locations including Brighton, Oxford Circus, Soho, Westfields White City and Stratford — the seventh restaurant is set to open in Spitalfields in summer 2012.

Their menu is centred around the Vietnamese national dish, pho, which is a bowl of rich stock brimming with nutritious, tasty ingredients like noodles, lean meats, fresh herbs and spices. Often referred to as the ‘soul of the nation’, pho is eaten every day by the Vietnamese for breakfast, lunch or dinner – or sometimes for all. The meal began life in Hanoi and although Vietnamese by birth, it was also influenced by Chinese neighbours and French colonists.

Pho was the first restaurant in London to specialise in pho and Vietnamese street foods and the menu continues to use only the freshest, high quality ingredients. Pho chefs prepare everything on site using authentic recipes and techniques.

Each Pho restaurant is slightly different, as Neil Masters from MBDS explained:

“We have worked on four projects for Pho – Brighton, Soho, Stratford and the most recent, Spitalfields – and each one of them have been unique. Each site that we work on is tailored to the context of the surroundings, and we endeavour to ‘listen’ to the building in order to create a distinctive, high quality restaurant every time.

“It is always great to work with Pho because Juliette and Stephen are extremely focused and know exactly what they want. They are excellent at creating a dialogue and it is a pleasure to help them achieve their vision.”

MBDS are currently hard at work at the seventh Pho site at Brushfield Street in Spitalfields, East London. Under the project, the 3,000 sq metre former S&M Cafe is being transformed into a two-storey Pho restaurant with an additional floor of office space.

Located in one of London’s most popular areas, the new Pho restaurant is situated in a luxurious setting that celebrates the newly completed Bishops Square and Crispin Place. Speaking of his excitement at securing such a prestigious site, Pho co-founder Stephen Wall, commented:

“We’re thrilled to have finally secured this site after chasing it for a long time. Pho’s original business plan from eight years ago was based on this exact site, a wonderful building with bags of character and a prime location. We’re confident Pho will appeal to both office workers as well as weekend and evening crowds. 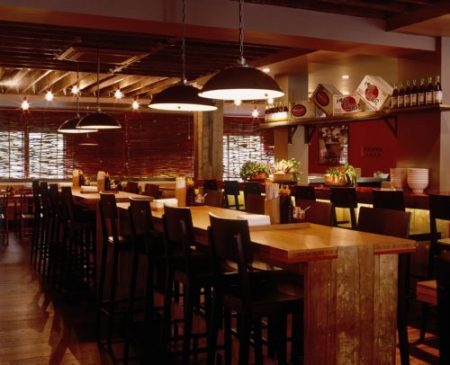 Juliette Wall added: “Stephen and I, along with the rest of our team, have worked incredibly hard over the years to make Pho a success. We believed in the concept from the very beginning so to be opening our seventh restaurant, seven years after the first is a real milestone.”

The new Pho restaurant at Spitalfields boasts a range of fascinating details, including original brick work and fireplaces. As a result MBDS is working to carefully restore the character of the building whilst creating a restaurant that is suitable for a decidedly modern clientele, as Neil Masters discussed:

“What we’re trying to do here is rediscover some of the original features and give the building a new lease of life. By exposing the brick work and taking up the floorboards, we hope to expose the character that has been hidden over the years – in the process bringing some of the love back to the building.

“As with all old buildings, there have been some challenges. However, we are working in close consultation with a structural engineer in order to overcome any difficulties that we may encounter and are confident that all issues will be resolved efficiently and effectively.”

Like the Spitalfields site, Pho’s Soho offering has also been created within an existing building. Situated within a listed building that dates back to 1790, the development celebrates a variety of interesting features including original brickwork, sash windows and three fireplaces.

Due to the age of the building, the restaurant underwent a substantial programme of alterations before it was completed in the summer of 2010. The unique U-shape can be attributed to the innovative design, which has seen the unification of two separate units through the creation of a new bar that runs along the back of the main restaurant.

“This was probably one of the most interesting Pho projects, as we were working within a beautiful old Italian restaurant that had a great deal of character. Originally we had a long, dark corridor that ran between the two units. However, we have now created a very seductive bar area that will draw customers in. 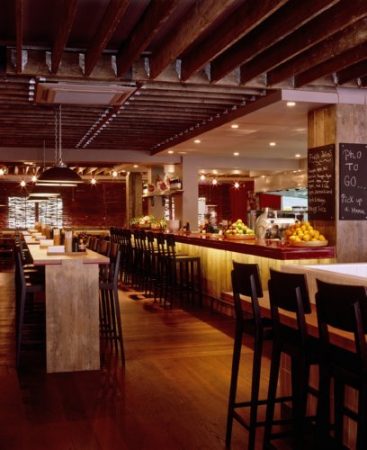 “Like the Spitalfields site, we were keen to expose the original features rather than try to hide them. For us, the flaws – perhaps crooked floorboards or crumbling brickwork – are testament to the original beauty of the building and should be celebrated.”

One of the most exciting things about Pho restaurants are their versatility. The first restaurant in Clerkenwell seats just 35 people, whilst the Brighton offering covers an impressive 400 sq metres and can seat 100 people. Furthermore, whilst the Soho and Spitalfield restaurants were created within existing sites, the Westfield and Brighton restaurants are new builds.

Despite their flexible approach Pho has established a distinctive and recognisable brand, as Neil Masters explained:

“Although the restaurant sites may differ from project to project, elements of the design remain the same. We tend to work with the same materials – including bamboo, oak, blackened steel and glass – in order to create an authentic Vietnamese feel for each restaurant.

“This was particularly the case with regards to the Westfield site, where we had to consider the context of the surrounding units. As Pho brand is relatively understated, we wanted to create a restaurant that remained as close to the Vietnamese street food concessions as possible without feeling too ‘themed’. 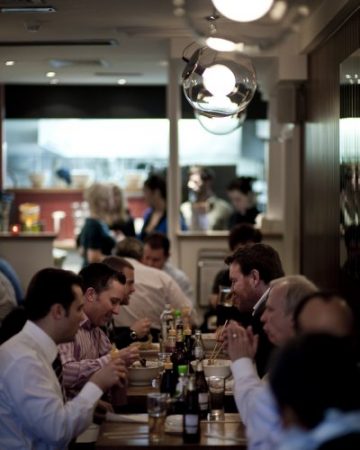 “Brighton was another interesting site. The challenge here was to make the restaurant comfortable, and we achieved this by layering the height of the seating and providing a selection of sumptuous booth seating at the back of the restaurant. We also created a central feature bar, which has become the main focus of the restaurant.

“MBDS are delighted to be able to work alongside the Pho restaurants. Every project that we have completed for Pho has been unique, and we hope to develop our working relationship with them through future projects.”

Pho are specialist Vietnamese restaurants serving traditional food in a contemporary environment. The menu specialises in pho noodle soup complemented by other authentically prepared Vietnamese foods including goi (salads), bun vermicelli noodles and side dishes such as goi cuon and cha gio (summer and spring rolls).

At Pho, the specialised menu helps to maintain the quality and authenticity of the cuisine whilst introducing diners to a new, casual and modern concept in Vietnamese dining in the UK. All of the dishes at Pho are made in-house to traditional recipes, and the Pho stocks take up to 12 hours to prepare. Pho uses only fresh, high-quality ingredients, either from local suppliers or imported from Vietnam.

Pho was the first to deliver a speciality Vietnamese restaurant in the UK, after the concept was proven very popular in North America and Australasia. The small number of Vietnamese dishes on the menu sets Pho apart from other Vietnamese restaurants in the UK. Stephen and Juliette Wall set up the business after travelling to Vietnam and being inspired by the culture and the cuisine. Stephen and Juliette realised the lack of fresh, quality Vietnamese cuisine in the UK and decided to launch a restaurant to deliver a unique dining concept.

Established in 1946, Hansens Kitchen Equipment specialise in the supply of kitchen equipment for the restaurant, hotel and leisure industry. The company has supplied kitchen equipment to many high-profile restaurants including Hawksmoor, Zucca, Angus Steak House and most recently the Marriott Hotel in St. Pancras.

For Pho Restaurant, Hansens Kitchen Equipment are responsible for the complete design of the kitchen and food service operations and to date, the company has worked on all of the Pho sites.

“Pho is an up and coming chain that continues to move forward and we’re very pleased to be involved with each of their restaurants.”

“At Hansens Kitchen Equipment we have an in-house design team, along with dedicated service engineers that can provide after sales back up and support. We pride ourselves on our approach to our work and we bring professionalism and experience to each job.”

Salix Commercial Kitchens and Bars design, build and supply industrial kitchens for use in restaurants, hotels and bars. The company has been in operation for over 20 years and has recently completed work for Jason Atherton at Pollen Street Social and Marcus Wareing at The Gilbert Scott.

“We’re involved from the very beginning of the project. We’ll survey the site, provide designs, and then liaise with sub contractors to make sure the framework is in place ready for the installation of the kitchens and bars.

“After the installation is complete Salix continues to service and maintain the kitchen and also provide preventative maintenance contracts as part of a complete package.

“Working with Stephen and Juliette is very important to us and every job that we undertake is carried out to the best of our ability for them. We hope to be working with them well into the future.”