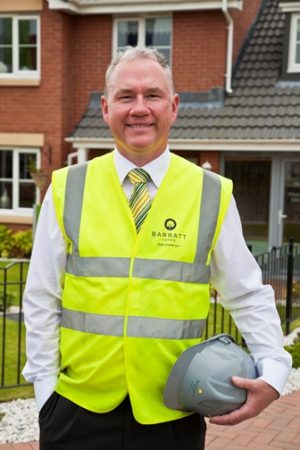 On June 22 NHBC announced the names of over 400 top achieving site managers who were recognised in the first round of the Pride in the Job Awards 2012. Names were shortlisted from over 13,000 UK site managers who have all excelled in their field over the past 12 months.

Amongst the 2012 winners are Hugh McKay for Heritage Gate Phase 2, Gerry Rice for The Limes and George Carty for Calder Park.

For 32 years the award has been the driving force behind the production of top-quality homes in the UK.

Heritage Gate Phase 2 is a housing scheme aimed at bringing high-quality homes to the Coatbridge area. The scheme has been implemented by Barratt West Scotland and is being constructed on a former industrial site just outside Glasgow.

Work began on the Heritage Gate Phase 2 in 2009 with Barratt West Scotland as the main contractor and T Lawrie as the architect.

The project comprises the construction of 67 two-storey houses, offering a mixture of detached and semi-detached properties with associated landscaping.

The houses are being constructed using brick and block and will incorporate concrete tiled roofs, UPVC windows and feature panelling. Most of the houses within Heritage Gate Phase 2 are three or four-bed units, however Barratt West Scotland is also constructing one slightly larger five-bedroom property on the site.

All of the houses on the scheme have a garden and associated paving, whilst they are also conveniently located within walking distance of Coatbridge’s Quadrant shopping precinct and Faraday Retail Park.

The success of the Heritage Gate Phase 2 is something that has not gone unnoticed in the industry, with senior site manager Hugh McKay receiving recognition at the NHBC Awards for all his hard work.

“Barratt West Scotland has two housing developments currently in this area with a further two planned, so getting recognition for Heritage Gate Phase 2 is very important for the group. It showcases all of our efforts to bring this development together, and this is something that we all really appreciate.

“The award continues to raise the profile of Barratt West Scotland, which is never a bad thing. For me it is an honour and a great personal achievement, as this is the second time my work has been recognised with a NHBC award.

“To date it’s the biggest accolade I’ve achieved in my professional career and to win this award two years in a row is simply fantastic.

“Barratt West Scotland is now looking at opening up two additional sites within the Coatbridge area, which will further enhance our portfolio and provide more high quality homes for Scotland.”

Heritage Gate Phase 2 is scheduled for completion in spring 2013.