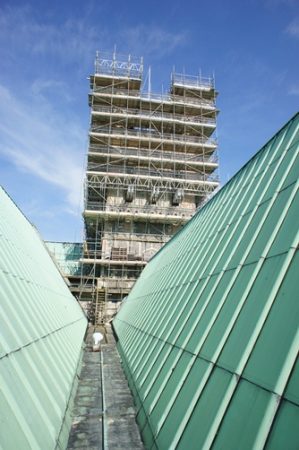 Great Yarmouth Minster (The Minster Church of St. Nicholas) was founded in 1101 by Herbert de Losinga, the first Bishop of Norwich. Now, over 900 years later, the church is being carefully restored by main contractor Universal Stone.

The project is focused on repairing the parapets and four mid 19th century pinnacles at the corners of the tower. Over the years, the pinnacles had failed due to general erosion and fire damage caused by bombers during WW2. In addition, the internal ironwork was rusting and expanding, which served to push the stone out of its position. During the course of the project, the damaged stone will be replaced with stone sourced from Lincolnshire.

Work began onsite in April 2012 and is scheduled to be completed in November 2012.

“As the building is Grade I listed, a detailed historical analysis was carried out as part of the early works. We also had to conduct an early investigation contract to open up the walls and see if the iron was causing the cracks. As a result, we had to check each individual stone and decide whether it should be retained or replaced, which was a painstaking process. 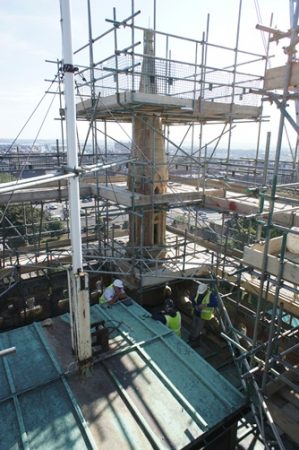 “Although there have been some delays – mainly due to the appalling weather during May, and the fact that we are working on a very tall church tower that is situated on the coast – we are hopeful that some of the lost time will be recouped. Access has also been a challenge, as the contractors are unable to rest the scaffolding on the roof and instead have to operate using a series of beams that go through the tower and out of the other side of the windows.

“This has nevertheless been a fascinating project for us. I have found it particularly interesting to discover evidence of the 12th century tower and see how it has changed through the Middle Ages, the 19th century and the fire of WW2. It is an honour to be working on such a large project, especially during the recession, and once work is complete the minster will be absolutely wonderful.” 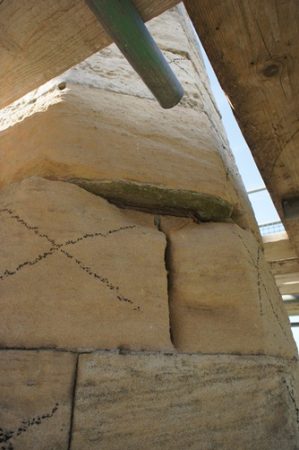 The project has been funded through the Repair Grants for Places of Worship scheme, which was implemented by English Heritage and the Heritage Lottery Fund (HLF). Since 2002, almost £140 million of grants have been awarded for more than 1500 projects at Grade I and II* listed places of worship, with 18 such projects located in the Norfolk region.

Greg Luton, Regional Director for English Heritage in the East of England, said:

“Thanks to the generosity of the Heritage Lottery Fund, and ultimately therefore of Lottery players, our historic places of worship in direct need still have the vital safety net of the Repair Grants scheme. 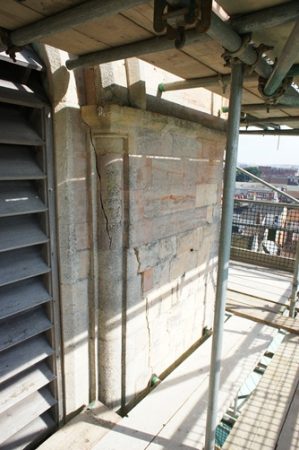 “Without it, many brave but struggling congregations would be faced with watching their beloved churches and chapels falling into ruin. Instead, the combination of Heritage Lottery Fund money and English Heritage advice is seeing these wonderful buildings revived and restored and becoming ever more central to their communities as places of prayer and celebration and as a hub for local services.”