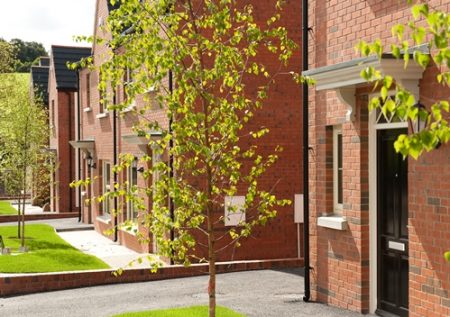 Two and three-bedroom bungalows are also being constructed on the site. The bungalows are very unique units and have the potential to be converted into much larger properties should the need arise in the future. The attic offers a simple conversion space, whilst the ground floor level provides enough space to accommodate stairs.

All of the work on Coopers Mill is being conducted for McGinnis Group – who is also acting as the main contractor on the project – whilst leading architectural practice David Ferguson Architects is providing all architectural services on the site.

Work began on constructing Coopers Mill in spring 2009 and is currently scheduled to reach completion in 2014.

Work is currently being undertaken on Phase Four of the project and to date, Phases One, Two and Three have already been completed. Work will take place on Coopers Mill Phase Five in 2013.

Although the work on Coopers Mill has been divided into eight phases not all of the phases are being completed in numerical order, instead work is being conducted to best facilitate the development of the site.

“Due to the arrangement of the site we have worked on the phases in a slightly different order than you might expect, so although we started with Phase One we didn’t automatically move on to Phase Two as our second phase. 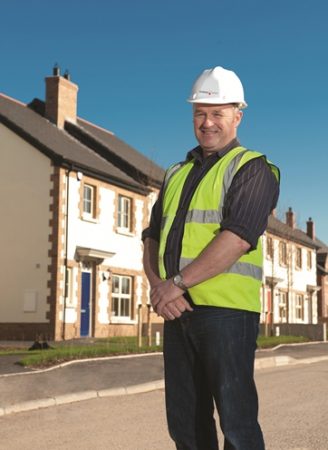 Houses constructed during the initial phases of the project were built using a timber frame construction. All of the houses on Phase Four are being built using brick and block and will include timber trussed roofs with a concrete tile finish, ivory coloured UPVC windows, timber front doors and UPVC back doors.

All of the houses on the Coopers Mill development will boast a number of high-quality fixtures and finishes, including integrated appliances in kitchens and utility rooms, white sanitary ware and chrome fittings in bathrooms and carpets throughout.

Each house has a front and back garden and will be fenced to the side and rear of the properties. Four open grassed areas are also being included on the site and will include walkways and plants.

All of the houses on the Coopers Mill development will come with a ten year warranty.

“Receiving an NHBC Award is a great achievement. The award demonstrates to the house buying market that we are building the homes with the correct materials and to the best standards. We are providing high-quality finishes and our level of workmanship speaks for itself.”

“Although I am the site manager I have a very good team working with me from the engineers through to the health and safety guys. Everyone on the team plays a key role in bringing these houses in on programme and they ensure that all of the work remains at the same level of quality throughout.

“My name may be on the award, but Coopers Mill has received this recognition because of everyone involved.”