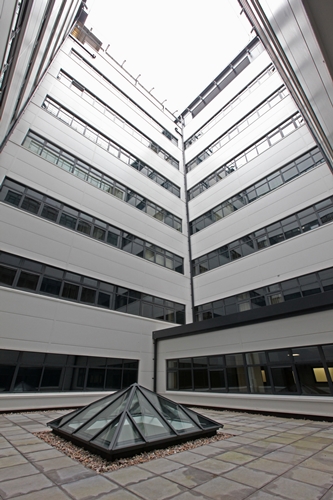 A £110million state-of- the-art emergency care centre, one of the largest in Europe, is bringing new health services to people living in Grampian and the surrounding areas.

Marking the culmination of a three year construction project by Robertson – the infrastructure, support services and construction group – the new centre has been delivered on time and within budget.

Located at Foresterhill, the new facilities will bring emergency and unscheduled care services under one roof and provide 350 inpatient beds, replacing accommodation at Aberdeen Royal infirmary.

Although the ten-floor hospital building is now fully operational to staff and patients one final stage of the project remains – the demolition of the existing Accident and Emergency Department and the construction of a new entrance foyer.

“Finishing the centre on time and on budget stands testament to not only the drive and determination of the Robertson team but also to the strong collaborative culture within the overall project team.

“By any measure; safety performance, budget, programme, quality, client satisfaction, the project has been a major success. All the people involved are proud of what has been achieved over the last few years and will reflect fondly on being part of a successful project team.” 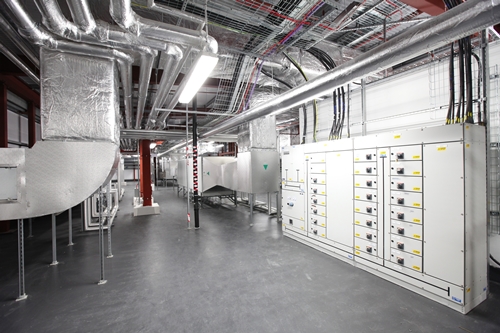 “This building will transform healthcare for people in the North East. I would personally like to thank Robertson for their very hard work over the last 3 years. We have had an excellent working relationship throughout their time on site. The hard work of our own project team should also be recognised.”

During the course of construction, Robertson was awarded a ‘Safety First and Foremost’ UK award which celebrated safety excellence on the site. The project has provided jobs for hundreds of workers and contractors across the region and now complete will become an invaluable asset to the local community.

“I am delighted that we have handed over the new Emergency Care Centre on time and within budget to NHS Grampian. This was a challenging project that involved tight deadlines in a live hospital setting. Our innovation, experience and the dedication of our team allowed us to rise to these challenges.

“Robertson is a leading operator in healthcare construction with an excellent reputation for the development of innovative, high quality builds. This was significantly demonstrated with the ECC project which was completed on time and budget despite the unprecedented bad weather experienced during the last two winters. We look forward to continuing our working relationship with NHS Grampian as we progress with the redevelopment of two further hospital buildings on site.”

Following the successful completion of the project, Robertson have now been contracted to lead on the redevelopment of two adjacent hospital buildings, which currently occupy inpatient facilities and operating theatres. The £21million project starts on site in December 2012 and is due for completion in August 2014.