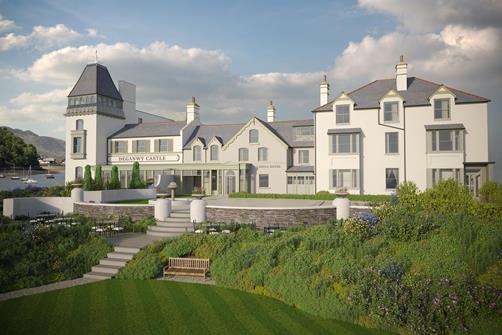 A £2 million project to create a boutique hotel together with 26 apartments in Deganwy, Conwy is currently under development.

The Deganwy Castle Hotel project comprises the conversion of an existing Grade II Listed hotel into a ten apartments together with a boutique hotel and the construction of a new 16-apartment building. Once work is complete on the project the two buildings will be collectively known as The Moorings.

Work began on the project in July 2012 and is currently scheduled to reach completion in January 2014. Coastal Homes is the developer on the project, with Roundhouse Contracting as the main contractor and Colwyn Bay-based practice Bowen Dann Knox as the architect.

As main contractors on the project, Roundhouse Contracting is overseeing all of the onsite work from demolition right through to completion. The company has a good, long lasting relationship with Coastal Homes’ Construction Director Steve Ratcliffe, having previously worked with Steve on a housing scheme on the west shore. 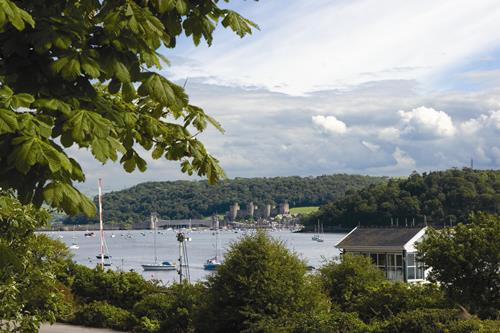 “The Deganwy Castle Hotel is an important listed building in a unique setting in Deganwy. Since its Victorian heyday, it has been a focal point of the community and a landmark tourist destination. We are confident that the new development will re-establish the hotel’s role as an important part of Deganwy for years to come.”

“We value our working relationship with Steve and we are pleased to be the main contractor on this project. We always strive to produce the best work possible and knowing that we are helping to enhance the local area with this development is great.”

The East Wing is being constructed from block, with rendered elevations and includes aluminium windows and doors, along with a flat roof.

All of the apartments are spacious and will include an extensive array of fixtures and fittings, including integrated freezers and dishwashers, chrome heated towel rails and stainless steel ovens. All bathrooms are being half-tiled as standard and will be finished with the latest high quality white designer suites.

The apartments will include ample electrical sockets and switches – along with TV and phone points in the lounge and master bedrooms – and all apartments will be pre-wired for Sky+. 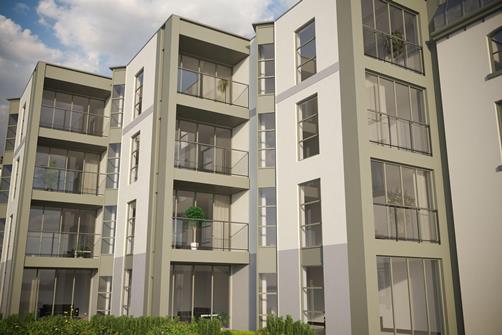 A gas central heating system will be installed into each apartment, along with smoke detectors, security alarms and a camera entry system. Most upper floor apartments will include either a Juliet or walk on balcony and the West Wing will include many of the building’s original features.

As part of the project the site’s existing grounds will be maintained and re-landscaped. Allocated car parking will also be available on the site.

“Work is currently on programme and at present we are conducting second fixing works in the West Wing, including plastering. Once work is complete on the project the site will provide a fantastic boost for the locality and we have already received a lot of positive comments from residents who live and work close to the hotel.”

The Moorings is situated close to the banks of the River Conwy in North Wales and benefits from close proximity to many local amenities, including village shops, a railway station and three golf courses.

Planning and development consultancy Hourigan Connolly led negotiations with the local council and stake holders during the initial stages of the project.

“The scheme will secure the long term future of a statuary listed building in a sympathetic manner, whilst making an important contribution to regeneration, housing, economic and community priorities.”