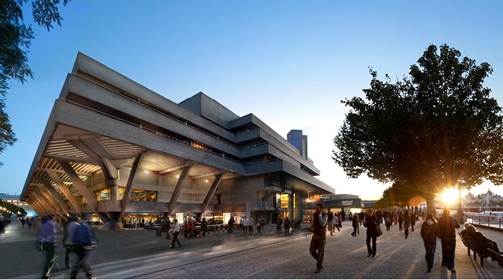 The project, called NT Future, will transform the facilities the National offers audiences and artists, enhance its relationship with the environment around it and place education firmly at the heart of the NT’s mission. Construction management is by Lend Lease, whilst Haworth Tompkins is providing all architectural services.

£63 million has so far been raised; £35 million has come from individuals, trusts and foundations, Arts Council England made a grant of £17.5 million, and an additional Heritage Lottery Fund grant of £2.5 million was awarded in February this year. The National Theatre has contributed £7.5 million to support NT Future, with most of this coming from its highly successful production of War Horse. 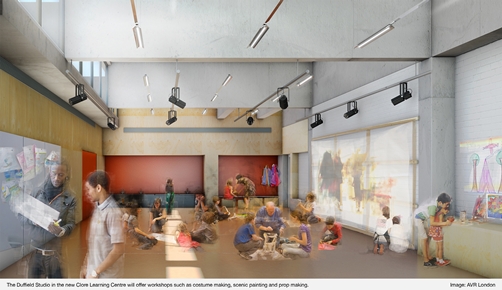 Enabling works began on the project in January 2012, with construction commencing in July. The project has been divided into two phases – A & B – and is due to be completed towards the end of 2014.

“The National opened its doors on the South Bank in 1976. Since then there have been significant changes to the way we make, experience and learn through theatre. NT Future responds to these changes by opening up our building, allowing audiences closer engagement with the theatre, both on stage and behind the scenes, whilst at the same time improving our workshop facilities and creating an education centre within the National. 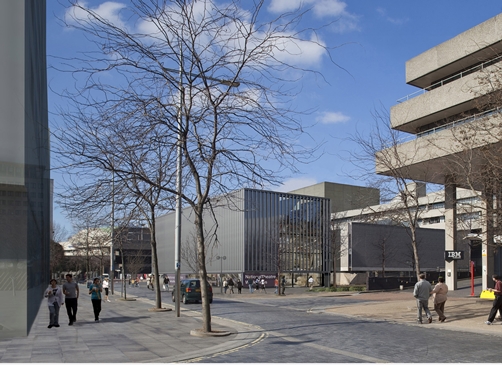 “The new build element – our new Production Centre – will have an aluminium and mesh façade, designed to echo the form of the fly towers on the theatre, in order to complement the existing building.

“The National employs almost 1,000 people, plus an acting company of up to 140 at any one time. We’re not closing down during the works; in fact we have never fully closed since the National first opened in the 1970s and a key aspect of NT Future is to open up the site, so that visitors can see what goes on behind the scenes. We continue to run the theatre as we always have done; we are just working around the ongoing construction.” 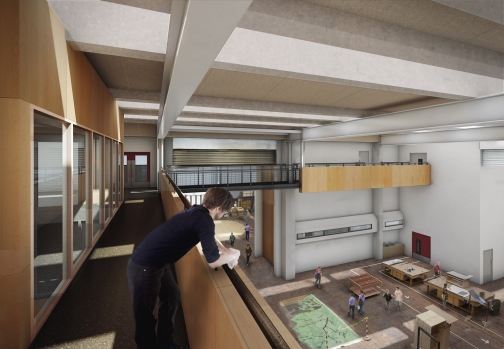 New features include office spaces, designers’ studios and a triple-height paint studio, and the new build element of the project is working towards a BREAAM rating of ‘Excellent’.

Additional work includes the refurbishment of the props, carpentry and metal workshops – including a special effects department – with improved insulation, lighting and ventilation. Alongside all these works there will be improved access for disabled staff and visitors. 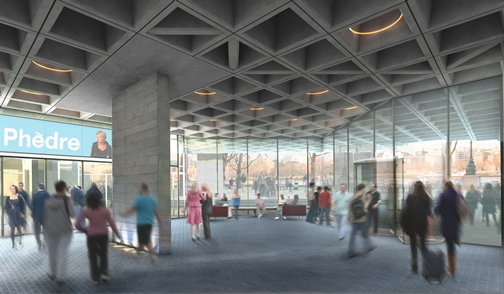 A temporary theatre known as The Shed has been built in Theatre Square, outside the main building, whilst the smallest of the National’s three theatres is closed for refurbishment. Seating 225, it will remain in place for a year.

“As with any building from this period, asbestos was used in the original construction, so large-scale surveys were carried out and asbestos is being removed from all areas prior to any new construction. 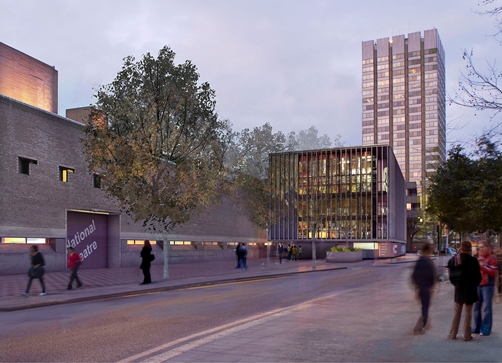 “NT Future will improve the working conditions for all backstage staff and will also achieve a 25% saving in energy costs, which will in turn benefit the theatre as a whole.”