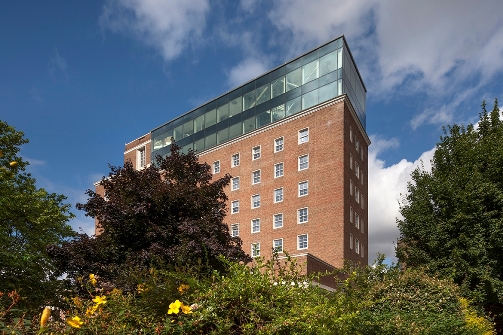 The transformation of Maurice Drummond House into the 145-bed boutique Greenwich Hotel is now complete, with the soft opening taking place earlier this year.

Named after Sir Maurice Charles Andrew Drummond (1877-1957), a British soldier and a senior officer of the Metropolitan Police, the original eight storey building was built in the 1930s as accommodation for police officers. The redevelopment project has seen an additional two storeys added at roof level and complete internal refurbishment, along with minor landscaping.

Since the project began in September 2010 there have been major structural alterations, asbestos removal, first fix mechanical and electrical works, internal partitions and new external windows. The external brick work has also been cleaned and the construction of a roof top extension has been completed.

As part of the initial planning approval, a contribution was made to the local authority to refurbish the public space in the centre of the square in front of the building, whilst the building itself also has hard and soft landscaping to the sides and the rear. 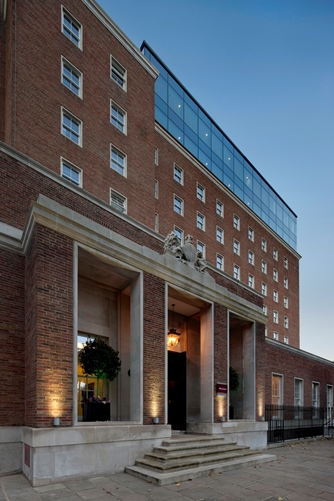 “The original building had become redundant and had suffered from vandalism over the years. This was an exciting opportunity to refurbish, renovate and reuse an existing building. We have also been lucky enough to work with an imaginative client and enthusiastic project and construction managers that have helped to move the project forward.

“It is always interesting to work with an existing building as there is something there to respond to. We were very fortunate that the local authority and the client were forward looking enough to allow a very clean, contemporary and modern extension for the building, which has created an interesting combination of the old and the new.

“Of course there have been some constraints – there are always difficulties involved with working in an existing building, and the construction team worked on a relatively tight site in a residential area. However, the contractors have all performed magnificently and everyone is extremely pleased with how the project has progressed.

“Essentially what we’re looking at is an old building in a state of disrepair, which has been brought back into use and re-established as a local landmark.” 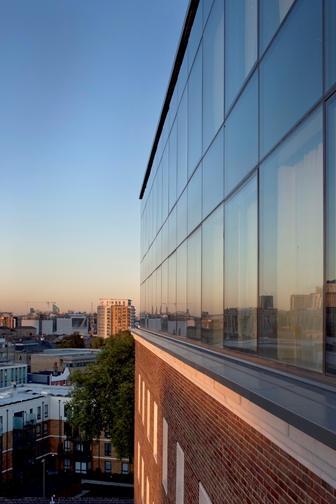 “This was a very interesting project. The new hotel will completely change the use of the building, creating a landmark building for the area and giving the 1930s building a more contemporary, modern feel.”

“This hotel has fantastic features and design touches but what makes it come alive is the team. We are passionate and dedicated about our guests, we simply reflect the attention to detail and personality of this landmark building.”