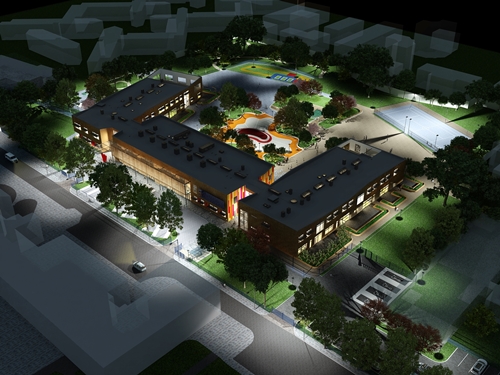 Broadwater Farm Inclusive Learning Campus is one of the first schools of its kind to be built in the country and has been in the pipeline for almost twenty years. Funding for the £18 million project is being provided by Haringey Council as part of its Capital Funding Programme and work continues to make great progress.

One of the key aims of creating Broadwater Farm Inclusive Learning Campus is to help meet the increasing demand for pupil places. For example, once completed there will be an increase in the amount of special needs pupils supported on the site from 80 to 100. As an inclusive school the new development will also help to bring together children with different educational needs. 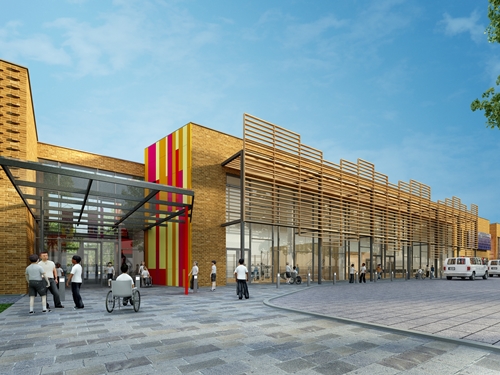 Broadwater Farm Inclusive Learning Campus boasts a range of facilities, including an amphitheatre, a library, hydrotherapy pool, a music studio, art space and a dedicated food technology and life skills suite. A sensory garden, a multi-use games area (MUGA), a wildlife pond and a horticultural area are also being created, along with external teaching zones and hard and soft play areas.

Ground floor classrooms also include dedicated play areas, which have been specifically designed to aid the development of special needs pupils who benefit from internal and external teaching.

Feasibility studies for the school began in 2007, with work beginning on site in 2010. At present the project is undergoing the third and final stages of work. 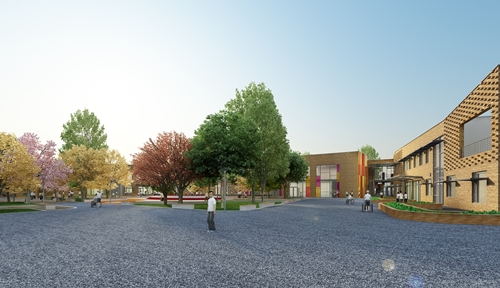 Prior to any work taking place on the new development, the land formerly housed three schools, which included one mainstream primary school and two special needs schools. The new build was designed to work around the existence of the schools, so that they could remain operational during construction.

Once work on each phase of the project has reached completion the existing schools have been demolished, with students decanting to the new school. The first phase of the project involved a small amount of demolition work, along with the construction of the Key Stage 1 Teaching Block and half of the new building’s Central Zone. 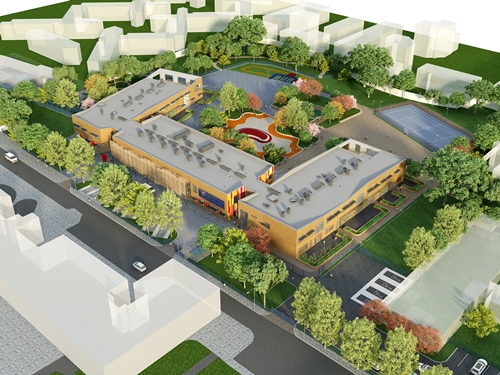 The third phase of the project comprises the installation of a play space at the rear of the school and is the current phase of works on the site.

LJ Anderson & Sons Ltd is involved with the external work on the project, providing a variety of different coloured hard surfaces.

“Due to the nature of the project this is an important scheme to be involved in. This project also marks the first time that we have worked with Mullaley and Company Limited on a large contract.” 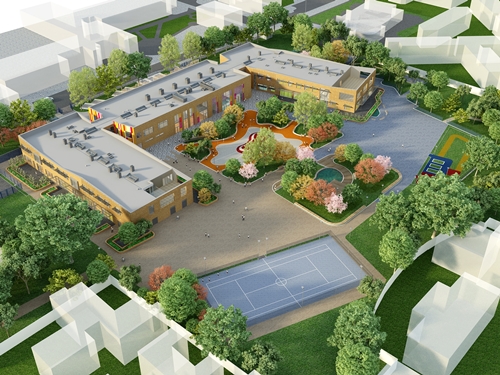 Haringey Council view the construction of Broadwater Farm Inclusive Learning Campus as a flagship project and that will act as a guideline for the development of similar schools in the future. The shared spaces at the school will also provide the perfect place for community use, further adding to the continued regeneration of the surrounding estate.

Work on Broadwater Farm Inclusive Learning Campus is due to reach completion in summer 2013.