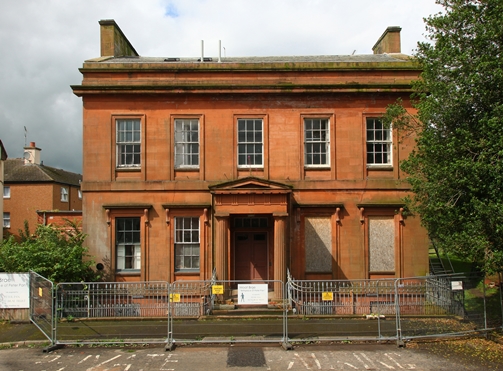 “We were at five to midnight in saving this wonderful house” – the words of Peter Pan Moat Brae Trust Patron, Joanna Lumley, upon hearing the news that the historic spiritual home of Peter Pan had been saved.

The elegant Georgian building and garden in Dumfries had sparked the imagination of the young J.M Barrie whilst at school and he later acknowledged that it was the inspiration for his world-famous fictional character, Peter Pan.

Unfortunately Moat Brae House had not been as cherished as much as Barrie’s illustrious story and it fell into a state of acute disrepair after it ceased to be a private nursing home in 1997, coming within a whisker of demolition.  After two court injunctions, the house was saved in August 2009 by the newly formed Peter Pan Moat Brae Trust. Since then the Trust has successfully raised the money to purchase the house and undertake Emergency Repair Works. 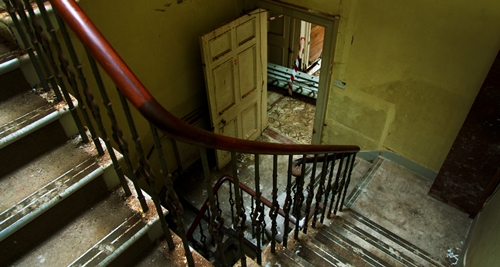 Over the next few years the Trust plans to restore the ‘B listed’ Moat Brae House and garden and create a major international visitor attraction.  Speaking about the development Cathy Agnew, Project Development Director at the Peter Pan Moat Brae Trust, said:

“By responding to J.M Barrie’s legacy we plan to establish a National Centre for Children’s Literature where children can create their own Neverland in the garden.  We will be working in partnership with other organisations such as the Scottish Story Telling Centre and the Scottish Book Trust in Edinburgh, Wigtown Festival Town and Seven Stories in Newcastle.

“We are  currently undertaking Phase A capital works, due to be completed in October;  at the end of this phase, we will be left with a wind and water tight shell complete with a new roof.

“At the same time, we are developing plans for Phase B. We are in the process of procuring a Design Team for the new build and have recently appointed specialist consultants to work on the Audience Development and Activity Plans.”

When asked what visitors can expect when the house is opened to the public in 2017, Cathy added:

“The house will be multi-use and very flexible and our Neverland garden will be a real adventure garden, Peter Pan themed and filled with sculptures where children can play. Within the house there will be permanent and temporary exhibition spaces as well as storytelling and activity spaces. We are also going to try and recreate the bedroom of Wendy, Michael and John, which will feature a Peter Pan window.  Who knows, we may even have a Pirate Ship on the river!” 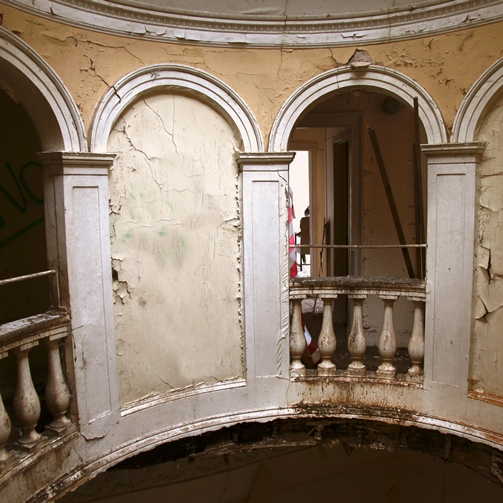 When asked what the project would mean to Dumfries, Cathy said:

“This is a major regeneration project; the realisation of our vision will become a major source of civic pride for the local community.”

Building contractors T Graham and Son of Langholm were selected to carry out the restoration of Moat Brae House. The company was selected from a number of local firms who bid for the work and expect to employ at least 16 men on the site, including specialists in stone and leadwork. The firm has been responsible for a number of high profile conservation projects in the region including: Midsteeple, Dumfries, Lockerbie Town Hall and Broughton House in Kircudbright. Other consultants employed on the contract are: Architects ARPL of Ayr, Quantity Surveyors McGowan Miller of Dumfries and Structural Engineers Blackett-Ord, of Appleby in Cumbria. 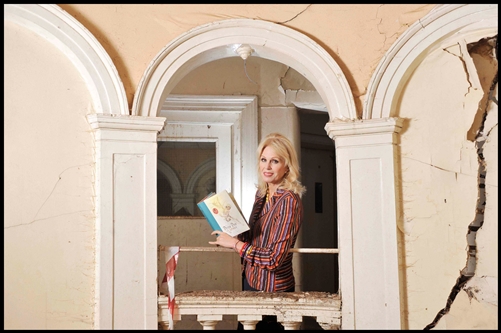 “Being chosen as main contractor for the first phase of this prestigious project is a great honour for us. Our company specialises in the refurbishment of historic buildings such as Moat Brae and we are sure, from previous projects, that our experienced teams of locally employed tradesmen and sub-contractors will rise to the occasion to deliver a first class building for the trust and for the community.”