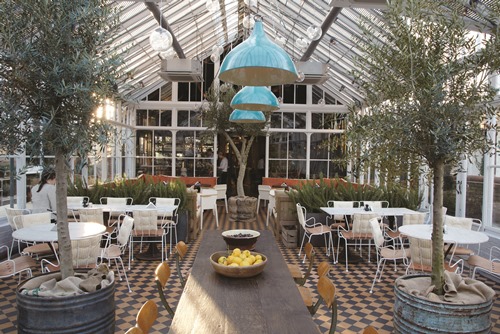 Serving students, academics and locals for thirty years, Gee’s is an elegant restaurant set in a Victorian conservatory in the north of Oxford.

Taking its name from the family who commissioned construction, Gee’s was originally built as a plant shop for Mr and Mrs Gee in 1897.

The inspiration for Gee’s lies not in the simple utilitarian nature of a greenhouse but in the daring ambition and technical skill of a Victorian glasshouse, such as the famous Palm House at Kew Gardens or Paxton’s Crystal Palace.

The local landmark was given a listed building status in 2008 and shortly after, owner Jeremy Mogford, decided that the building deserved to be restored. 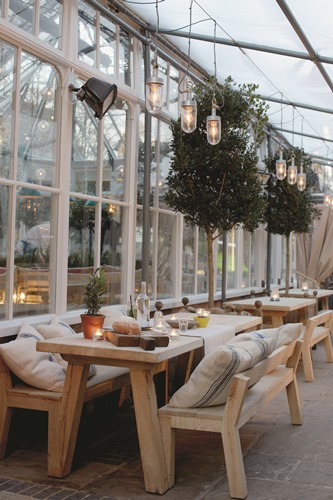 The ambition of that restoration was to reconnect the dining experience with the historical legacy of the building. A false ceiling was removed in order to reinstate the openness between the restaurant and the bar areas and also the perimeter seating was removed to re-establish the original proportions of the glasshouse.

Once work commenced it became apparent that the original framework was in an advanced state of decay and although it necessitated considerable amounts of work, it was to the credit of builders G.Dighton and Sons that it did not affect the project duration.

The end result of the restoration was impressive to all as it successfully gave this much loved building a new lease of life. 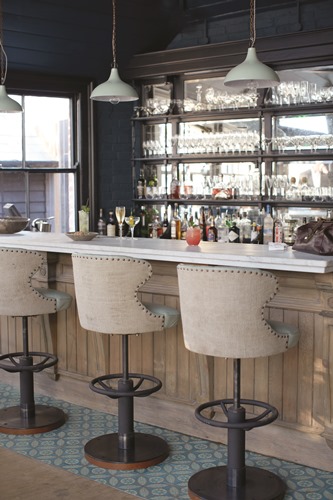 We rejoin Gee’s in January this year when under the direction of architect James Wyman, designer Lou Davies and long term owner Jeremy Mogford, the restaurant underwent a complete transformation and was taken back to its roots.

The new design sees the interior filled with trees, softer colours and dramatic lighting. The outside terraces continue to have tables for eating and drinking surrounded by an abundance of topiary and plants- some of which will be for sale.

Speaking about the redevelopment, James Wyman said: “The idea was to reconnect the dining experience with the historical legacy of the building as this glasshouse that previously housed plants. 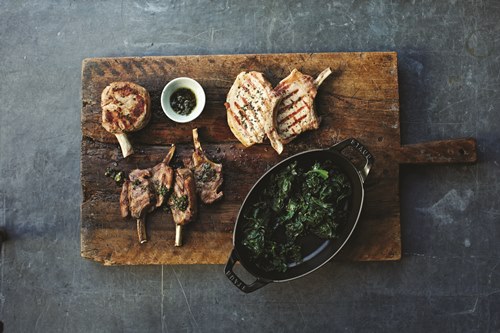 “So we set out down that path, the idea was to open up as many bits of the original building as was possible, restoring and accentuating its grand features.”

With the buildings historical significance in mind did the restoration encounter any difficulties? James said:

“When we put up a full scaffold over the building so we could continue working over the winter months there was a bit of a public outcry, as it is a much loved building in a conservation area. There were concerns raised to the council, but having said that the council was very supportive of the work we were doing and recognised the fact that it was essential for the building’s survival.

“I am very pleased with the end result, we have managed to secure Gee’s long term future- at the same time giving the restaurant a new laid back look.” 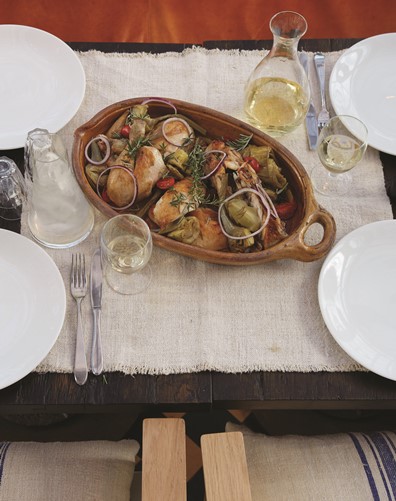 Specialist mechanical services company HVAC ltd designed, supplied and installed the kitchen ventilation system in Gee’s. Speaking about the project, Director, Ian Davey said: “The work on Gee’s went very well, it was a good end result and most importantly the client was happy.”

Food remains at the heart of the new Gee’s however, as visitors can continue to expect seasonal, locally sourced produce cooked in a creative way.

From the brand new wood fired oven try the whole roast chicken or baked sea bream with potatoes and garlic. Also on offer are the delicious pizzetas, topped with potato, pecorino and rosemary or tomato, anchovy, chilli and oregano.

From the charcoal grill expect sardines with lemon, garlic and parsley or prime pork, veal and lamb chops. 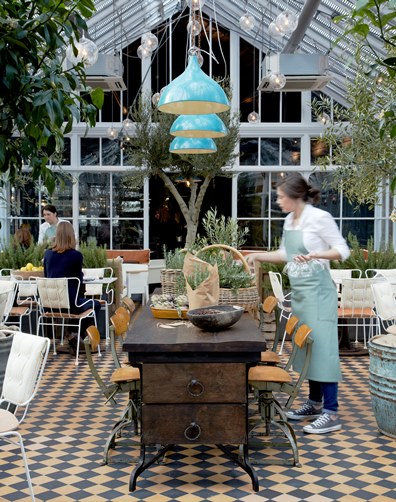 Sundays will be especially important at Gee’s as customers can choose from a variety of classic breakfast dishes, poached eggs, smoked salmon and hollandaise, waffles with pecan and maple syrup or salt beef hash with fried duck egg. Lunch could be a classic wood fired roast, slow baked ham in hay, a suckling pig or whole lobster with herb butter.

The bar in Gee’s will serve cocktails, house pressed juice, coffee and a classic wine list that is available by the glass, pichet and bottle.