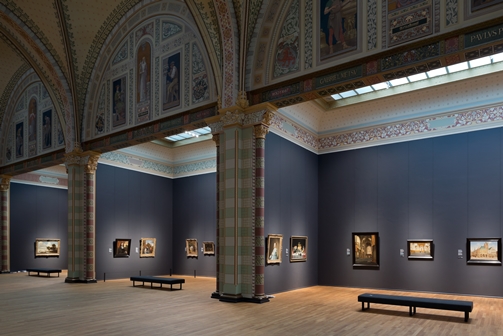 Following a decade of rebuilding, renovation and restoration works, the Rijksmuseum in Amsterdam has opened its doors.

Rijksmuseum opened to the public on Saturday 13th April with a festive programme on Amsterdam’s Museumplein, led by Queen Beatrix of the Netherlands who performed the official opening ceremony in front of the museum. Following the ceremony, which took place at noon, members of the public were given free of charge access to the museum until midnight.

The opening ceremony on Museumplein was heralded by spectacular fanfares, which included one from every province of the Netherlands. Once the musicians entered the Museumplein from the Rijksmuseum Passageway they then lined up alongside Her Majesty Queen Beatrix. 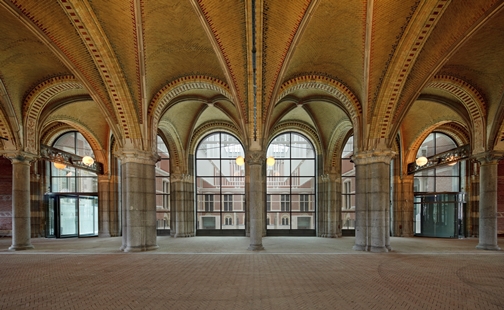 Architects Cruz y Ortiz Arquitectos based their ideas on the original design by Pierre Cuypers, the 19th century architect of the museum. Using the motto, Cuypers for the 21st Century, and in close collaboration with Dutch restoration architect Van Hoogevest, the team has restored and introduced spaces, converted courtyards and have restored walls and ceilings.

Featuring a bright and spacious entrance, along with a new Asian Pavilion and beautifully restored galleries, the original architecture has been carefully reconstructed. The renovation and opening of the Rijksmuseum has been made possible by founder Philips and main sponsors BankGiro Lottery, ING and KPN. 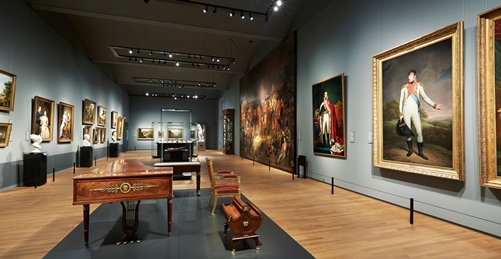 Work on the project has been extensive and at times challenging. Some of the challenges included renewing foundations, drilling ducts underneath the existing building, removing and reconstructing the former basement floor and creating two basements within the core of the building to create new public facilities. All installation components had to be integrated into the architecture, including air overflow systems, security and fire safety systems and air inlet grills. 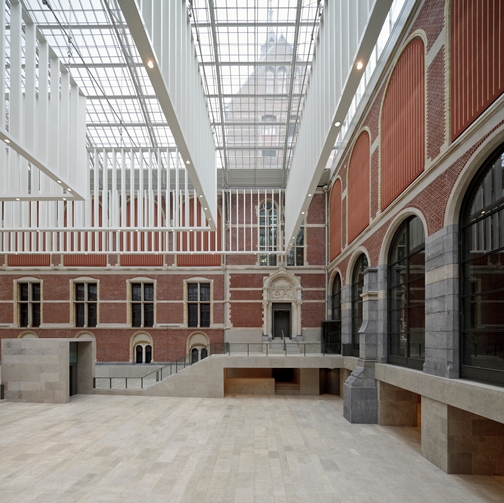 Meanwhile, restoration work involved the full recovery of the formerly absent terrazzo floor in the Great Hall; the installation of a damp open insulation system; and the recovery of formerly demolished vaults. In addition, slates, gutters, and exterior and courtyard facades were also restored.

With work now complete on the project, the presentation of the Rijksmuseum’s world famous collection is a new highlight of the recent works. Parisian architect Jean-Michel Wilmotte designed the interior of the galleries, mixing the building’s 19th Century grandeur with modern design.

For the very first time in the history of the museum, visitors can follow a chronological journey through the collection courtesy of 80 galleries and 8,000 objects which tell the story of 800 years of Dutch art and history. The world famous collection includes masterpieces by artists such as Frans Hals, Jan Steen, Johannes Vermeer and Rembrandt van Rijn. The only piece that returns to the museum in its original position is Rembrandt’s masterpiece The Night Watch. 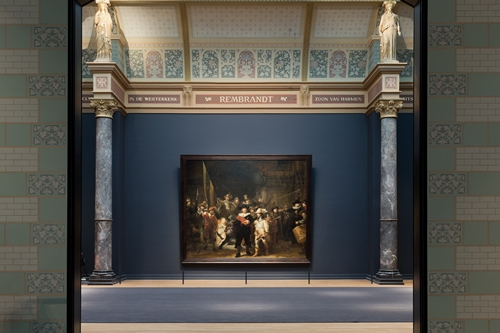 Over the past ten years, and with the support of numerous businesses, funds and private donors, hundreds of new objects and works of art have been acquired by the museum. New acquisitions include The ‘Golden Bend’ in the Herenhgracht (1671-72) by Gerrit Berckheyde, The Burgomaster of Delft and his Daughter (1655) by Jan Steen, and a rare white armchair (1923) by Dutch designer and architect Gerrit Rietveld.

The Special Collections are displayed separately, allowing visitors to discover famous and unexpected objects from applied arts, science and natural history, including ship and navy models, musical instruments and an armoury.

Rijksmuseum is open from 9am until 5pm, 365 days a year, with free admission to everyone 18 years and under. Tickets can be bought from the Rijksmuseum ticket counter in the Atrium or online at www.rijksmuseum.nl/en/tickets. 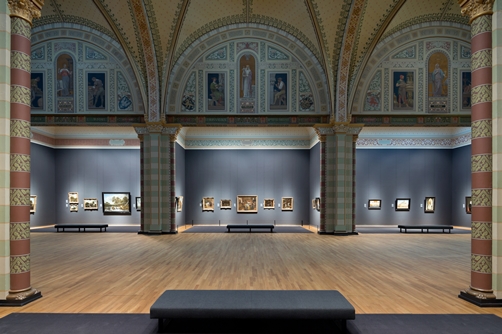 In 2001, Amersfoort-based architects Van Hoogevest Architecten were selected for the restoration of the Pierre Cuypers-designed Rijksmuseum in Amsterdam, which opened in 1885. The tender procedure was titled ‘Forward with Cuypers’.

Renovations were essential to bring the museum into the twenty-first century and at the same time reinstate the lost Cuypers concept. Restoration architect Gijsbert van Hoogevest consequently also had the task of integrating this rehabilitation of Cuypers into the project.

Van Hoogevest Architecten’s vision document for the tender process, illustrated with watercolours, proposed reconstructing Cuypers’s original decorations in some of the large ground floor galleries. The original decorations were obliterated during the last century, when they were whitewashed over. 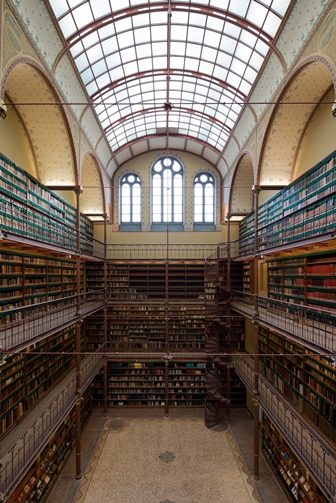 Museum directors at the time thought that the original programme of decorations was too invasive and there was a renewed fear among their contemporary counterparts that a reconstruction of Cuypers’s opulent colour scheme would conflict with the exhibited works. Van Hoogevest proposed making some partial reconstructions in the Gallery of Honour and the Entrance Hall to get a clear impression of the impact of the original work. These persuaded everyone involved of the value added by the Cuypers concept and the possibilities of creating effective synergy between the original colours and modern museum usage.

Cuypers’s original decorations have been restored to the galleries and spaces in the main axis of the building. Carien de Boer-van Hoogevest, architectural historian at Van Hoogevest Architecten, carried out archival research for these reconstructions of Cuypers’s design. Her finest achievement was the reconstruction of the lost terrazzo mosaic floor in the large Entrance Hall at the north side of the museum. The floor, which covers 492 m2, has fifty-one mosaic figures and is unique in the Netherlands. 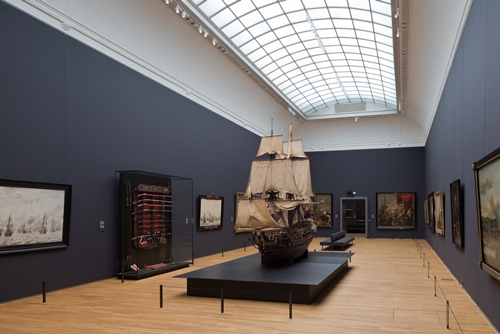 Van Hoogevest’s provisional design also proposed reconstructing the original spatial qualities of Cuypers’s galleries. During the twentieth century an accretion of false ceilings, partitions and stud walls had totally compromised these spaces. The final design included the demolition of all later additions.

The galleries that had been built later in the Rijksmuseum’s two inner courtyards were removed. The new building services were invisibly introduced into the monument, above the glass roofs of the galleries and concealed in the walls in Cuypers’s old ventilation ducts, which were specially adapted to accommodate them. 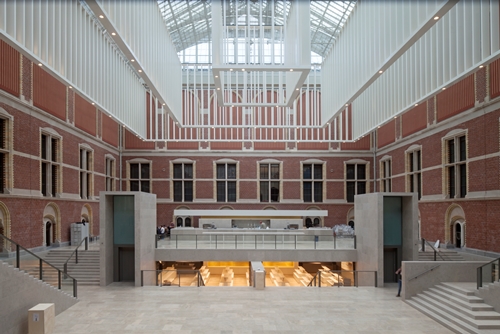 The walls of the inner courtyards had been painted white and were badly damaged. The renovation required 46 m3 of new stone. The layers of paint were carefully removed and the characteristic Dutch brickwork can now be seen again in all its glory.

The restoration of the exterior walls was extensive too; the walls, including the magnificent tile decorations and the stone carvings, were cleaned. The slate roofs, the gutters, the skylights in the roofs and the light wells above the inner courtyards were completely renewed to meet safety and climate control standards.