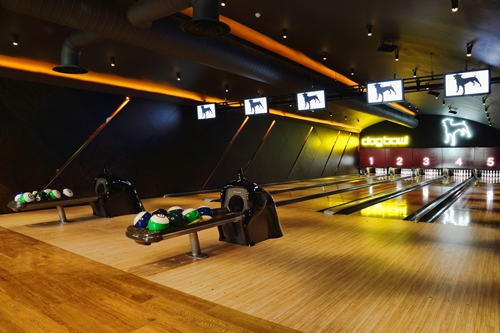 It may be the newest addition to the Black Dog Ballroom brood but Dog Bowl is by no means the runt of the litter.

Opening its doors in Manchester late last month, Dog Bowl follows very much in the tradition of its trendy siblings- with one minor exception, it has a bowling alley.

Speaking about the addition of the alley, Jobe Ferguson, one of the operators and owners said:

“We always wanted something more than just a vertical drinking den. We have pool in the Black Dog bars for example. Here you get the food and the bowling too, where friends can have a laugh together, as well as have food and drink. We want everybody down here, so there’ll be bowling sessions for families and kids too. 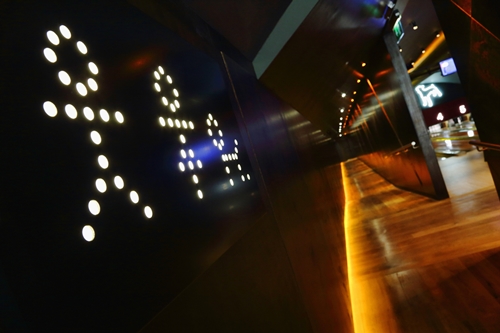 “We had a very enjoyable trip to New York looking at their smaller scale central alleys rather than the big suburban sheds, and that inspired us with this place. It’s taken a while to convert the old Cocotoo restaurant but now we’re at the end of that process I couldn’t be happier. I’m really buzzing about this.”

Long term design partners Start Judge Gill that have previously worked on the Black Dog Ballrooms in the Northern Quarter and Wakefield Street were again on board with this project. Speaking about the design process that goes into a Black Dog, Lead Designer Matthew Wheatcroft said:

“Our relationship with the Black Dog goes back a decade, it has been a pretty organic process really. We laid the foundations of the concept in the initial Black Dog Ballroom in the Northern Quarter and from that we have tried to add a few things, but keep with the overall theme and message.” 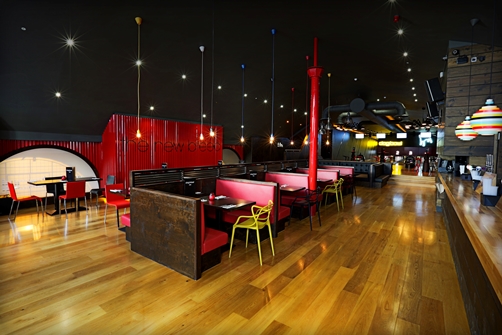 “All three of the venues, including Dog Bowl have a very eclectic feel. The furniture is unusual and we have several elements which are signature to a Black Dog- like the black tiles which form a backdrop and the use of the lights over the bars. It creates a city flat kind of vibe. 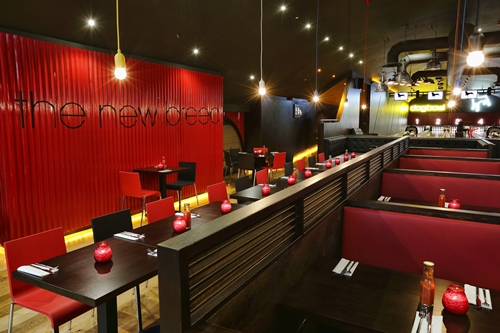 “That said, there are elements in each bar which set them apart. In the Dog Bowl for example, with a bit of tongue in cheek, we designed the return hatch from where you collect your bowling balls like a dog’s bottom. The bar is not a humorous one, but there is a cheeky personality in there.

“What is unusual about these bars is the added extra experience that goes on whether that be bowling or pool. I think people are a lot more engaged with the activity as it truly shakes off the images of an old male dominated pool hall and that’s good.” 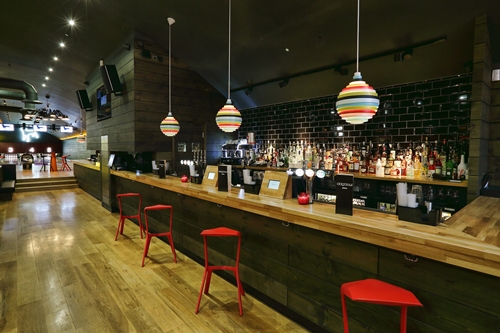 “Working on the Dog Bowl and the Black Dog Ballrooms are great projects for us, the clients give us a lot of free rein and we have been able to organically grow the deign over a period of time and that will hopefully continue.”

The main contractor of choice for all the Black Dog’s has been Clarke Gough and speaking about the Dog Bowl, Director Andy Clarke said: “We did the entire rip out, joinery, pluming, plastering and painting works. We also built the bar, tables and did all the wall finishes on the Dog Bowl, everything with the exception of the air conditioning and installation of the lanes. 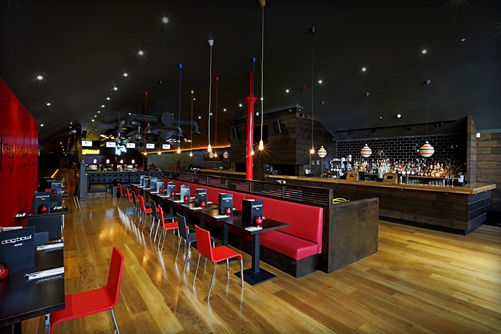 “The only issue with the project was that the drainage system in the street had collapsed so none of the sewage was flowing, but other than that everything else ran fairly smoothly.  To work on the Dog Bowl is very important to us; it’s really nice to be associated with something that is a bit different from other bars around Manchester.”

For more information on the Dog Bowl please visit www.blackdogballroom.co.uk.