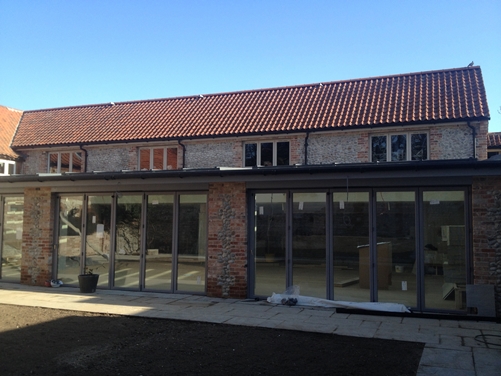 Located in the heart of Norfolk’s picturesque Burnham Market, The Hoste is a charming four star hotel which is renowned for its superb hospitality and quaint backdrop.

The surrounding village, with its historic Georgian buildings is just a couple of miles from North Norfolk’s award winning sandy beaches and a stone’s throw from the birthplace of Admiral Lord Nelson.

Speaking about the hotels historic ties, Owner Brendan Hopkins said: “The Hoste has a strong link with maritime history. Nelson stayed the hotel when he was in Norfolk, but we also have a closer connection to the seagoing exploits of that period through Sir William Hoste, who first went to sea with Nelson as a 12-year-old boy.”

Dating in part back to the 16th century, the hotel comprises several buildings including the Georgian Boutique hotel, Vine House, a converted railway carriage and Railway House and three luxury holiday cottages.

Since November last year the hotel has been undergoing major redevelopment works which have encompassed the construction of a new 150 seater dining/function room, a new kitchen, bar, cellar, kitchen food stores and plant room on the ground floor. This is in addition to the construction of four new boutique double bedrooms at first floor level and the renovation and alteration of six existing bedrooms with the conversion of one into a new Female & Disabled toilet block. 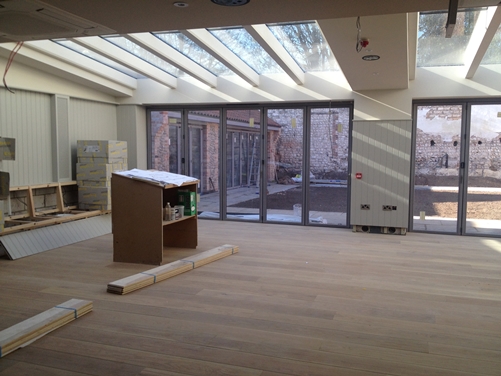 A small detached multi-purpose private dining lodge with a capacity for around 30 people has also been built along with the construction of a new front entrance and reception area.

Plandescil ltd were the Engineers and Project Mangers on the development and speaking to Premier Construction, Ashley Briggs, Senior Graduate Engineer said:

“The hotel was built in the 16th Century and has been added to over the years.  This project is the latest extension and refurbishment of the existing hotel, which is confined within a very tight site.

“There was an existing single storey building under the footprint of the new kitchen/stores, which housed storage areas and a dining area, and was demolished at the start of construction.

“There was also a temporary canvassed canopy area which was used in the summer for ‘garden’ dining, however this was removed and the new function room replaces and extends this area. The front entrance is a replacement and extension of an existing conservatory area. 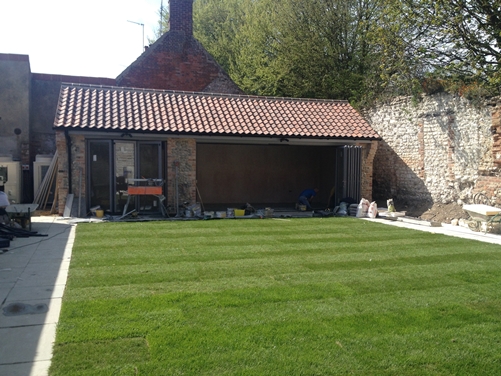 “Landscaping to the garden has been part of the overall project.  This was kept fairly basic with a Yorkstone paving slab perimeter and a turf grass middle.”

With such a historic building were there any problems? Ashley said: “Work has progressed well and is on schedule to be finish on time.  There were a few setbacks at the beginning however the contractor and we have worked very hard to ensure the completion date will be met.”

When asked what this project means to Plandescil, Ashley said: “The project is very important to us as The Hoste is a very well renowned hotel in Norfolk and England.  This is our first major work at the hotel and we have taken charge of the whole project after planning stage.  This has included; structural design, tender, contract administrator, M&E co-ordination and project management of both the building work and fit out work.

“The project will help boost the community’s tourism trade as well as providing a great place to eat and drink in the village for locals.”

Works on the Hoste are scheduled for completion this month, for more information visit www.thehoste.com