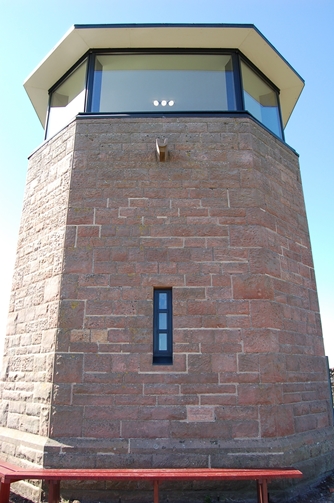 In 635 AD, Saint Aidan founded a monastery on Lindisfarne in Northumberland, which continues to attract thousands of tourists and visitors every year.

As part of a project to improve the visitor experience on the Island new facilities have now been created to inform the public about another important aspect of the site – the Island’s wildlife.

Through the successful conversion of the lookout tower and the creation of a new visitor building on the Rocket Field, Holy Island is now equipped with important informative and educational facilities. The work was carried out on behalf of the Holy Island of Lindisfarne Community Development Trust, with DP Builders as the main contractor and Icosis Architects providing architectural services.

David Narro Associates was the structural consultant on the project, whilst Jon Riley of Holy Island of Lindisfarne Community Development Trust was the Project Manager. 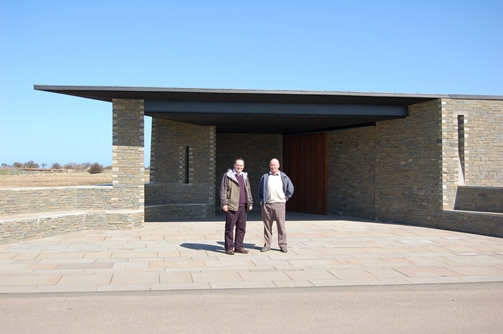 The £480,000 project began in January 2012 and reached completion in April 2013. The building officially opened to the public in May 2013 as part of a soft launch, which will be followed up by a formal ceremony in the summer.

Commenting on the importance of the project, Jon Riley, said:

“The whole purpose of the project was to create facilities which explain to visitors the importance of the wildlife and the environment on Holy Island. We get thousands of visitors per year, but very few are aware that Holy Island is a nature reserve. These new facilities will educate our visitors and they are the perfect way to tell the Island’s story.”

During the works, the Lookout Tower was altered to enable visitors to enjoy the spectacular views that the island has to offer. The Lookout Tower was constructed in the 1940s for use by the coast guard, but it stood empty for many years, so the successful completion of the project brings the tower back into use. 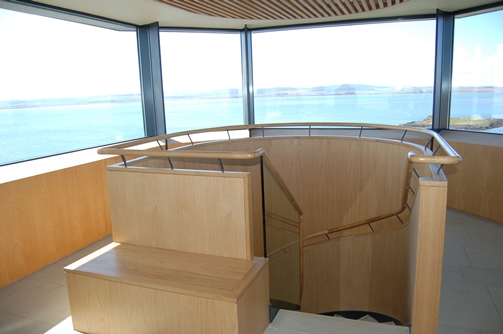 The project included the removal of the existing upper floor and the introduction of a new glazed lantern with steel fins supporting the roof structure. The remaining stone structure was sensitively repaired using lime mortar, whilst the original iron studded timber door was refurbished and reinstalled. A new steel staircase was installed to replace the old ladder access to the upper floor, whilst new orientation information was installed on both levels.

From the glass room, visitors are now able to see as far as The Farne Islands, the Cheviot Hills and the Berwickshire coast.Its extraordinary history and unique setting make Holy Island a very special placeAdrian Vass, Natural England

The Rocket Field visitor building is located on the main route to the castle and provides a visitor information point for the island’s rich nature and wildlife. The Rocket Field provides an excellent habitat for a great variety of birds, and the building is therefore intended to focus views out over the field and bird activity via a large window.

In addition, it is hoped that by detailing appropriate pockets within the stonework at high level some birds will be encouraged to nest within the walls of the building itself. 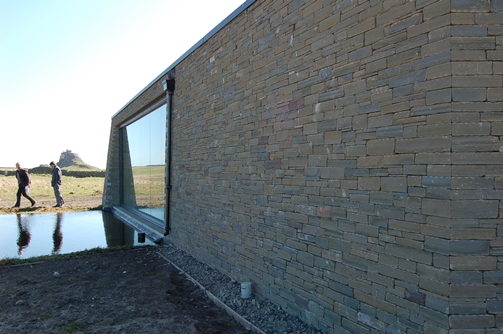 The building was constructed using Denfind stone, which is similar in appearance to the existing field wall running alongside the road between the village and the castle. Internally, the walls were clad using specialist panels by Grayconcrete, which match the colour and texture of the stone.

“This has been an interesting project to be a part of. The idea for the project came from Natural England but was delivered by the local community and the Holy Island of Lindisfarne Community Development Trust.

“We experienced a few delays during the course of the project but it reached completion in time for the May Bank Holiday weekend, which was perfect.”