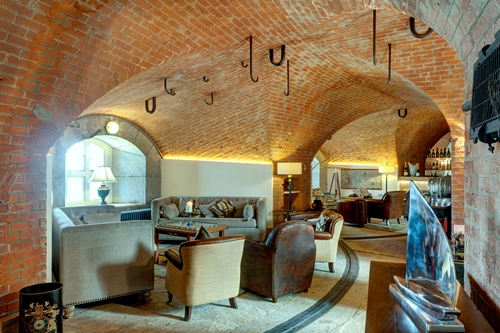 Standing solemn and proud, frozen in time for now well over a century are the four sea-forts which dot the Portsmouth coast.

Commissioned in the mid 19th century by the then prime minister, Lord Palmerston, the forts were built in the Solent in response to the possible threat of a French invasion. However, this invasion never materialized and the most costly and extensive system of fixed defences undertaken in Britain in peacetime were duly dubbed, ‘Palmerston’s Follies’. 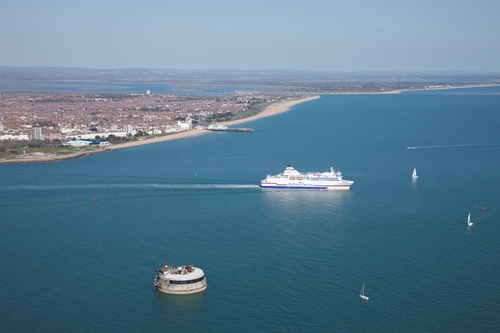 Spitbank Fort, St Helens Fort, Horse Sand Fort and No Man’s Land Fort were all upgraded to accommodate for the threats posed by the First and Second World Wars – yet as the years ticked on they became surplus to requirement.

Finally in 1982 Spitbank Fort was sold by the Ministry of Defence into private ownership. At one time or another since then the fort has hosted music festivals, reality TV programmes and has been available for hire. 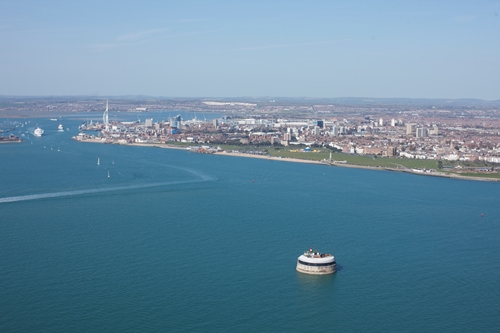 The identity of the fort was once again redefined in 2009 when it was purchased by Clarenco. The company, which had already purchased Horse Sand Fort and No Man’s Land Fort, wanted to convert Spitbank into a unique luxury venue like no other.

On Wednesday 11th July 2012, Mike and Carol Clare, owners and founders of Clarenco, hosted local dignitaries, press, media and local VIP’s to the launch of the revamped Spitbank Fort. 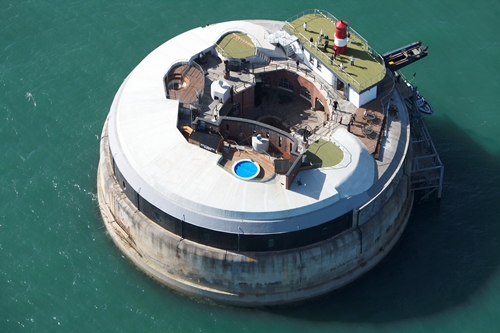 After a £3 million restoration, the Grade II listed monument is now an ideal backdrop to suit any occasion or memorable event. Wedding receptions, anniversaries, birthday celebrations and corporate events can all now be hosted at the fort.

Being surrounded by water and accessible only by boat adds to the magic and privacy of the fort which features eight luxury bedrooms, all en-suite; three private dining rooms and bars including a rooftop champagne bar; a wine cellar, library, rooftop hot pool, sauna and sun decks. 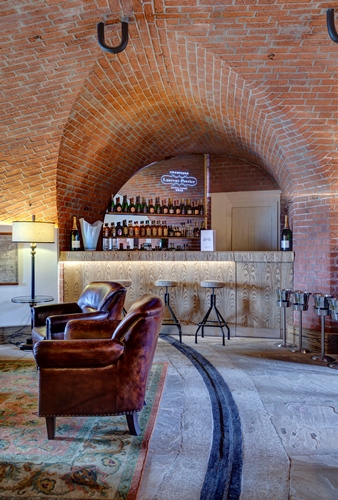 The accommodation also includes, functions rooms, TV rooms, library, traditional gym, games rooms, a lighthouse and roof top courtyard. The rooftop has a huge 16 person hot tub pool with stunning sea views, perfect to enjoy a glass of champagne in the late afternoon. If it’s a cool night you can sit round the sunken fire pit, toasting marshmallows and enjoying a glass of wine or whisky whilst watching the sun set over the Solent.

Spitbank is also fully staffed to ensure every guest’s need is catered for throughout their stay, with a personal chef on hand to prepare modern British cuisine to delight even the most discerning of taste buds. 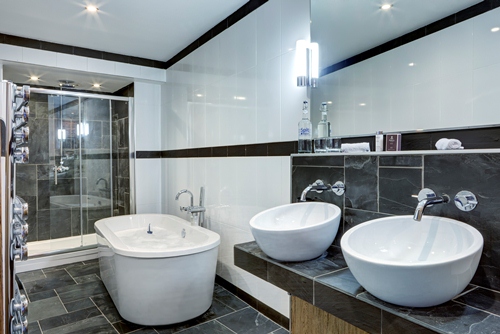 “The three forts will complement each other perfectly and offer something magical and unique that other venues can only dream of. Solent Forts will create employment in the local area, generate an increase in tourism and will really put the Solent and the surrounding areas on the UK tourism map.” 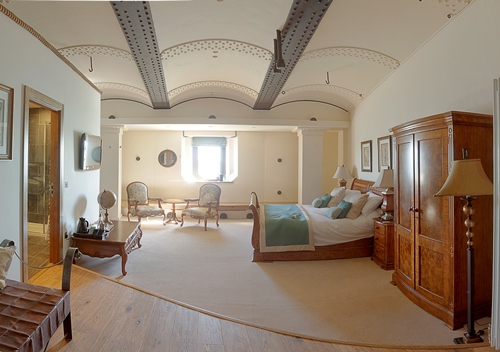 A range of packages are available for a variety of different uses, to book, visit: www.clarenco.com

Spitbank Fort has been shortlisted within the South category of the RIBA Awards 2013.