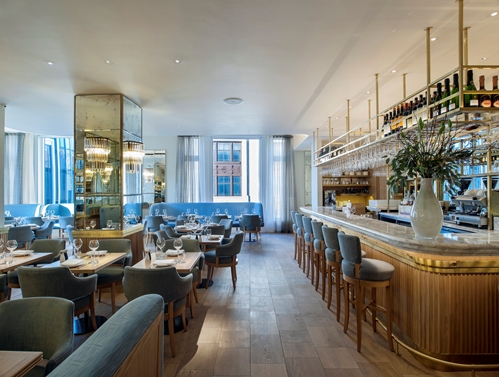 Situated in the corner of Womenswear Designer Galleries, and housed within a beautifully designed art deco room, The Corner Restaurant and Champagne Bar is a fantastic new dining venue for prestigious retailer Selfridges.

Overseen by MasterChef 2012 joint winner Keri Moss, the London-based restaurant and bar serves up an Á la Carte menu from Monday to Saturday, with a brunch menu available on a Sunday.

Designed in close collaboration with Selfridges, the restaurant is located on the corner of Oxford Street and Orchard Street with large windows to both streets providing magnificent views over London. The Corner Restaurant and Champagne Bar in Selfridges is the first restaurant from Chef Moss, and has already proved a hit with customers since it launched in March 2013. 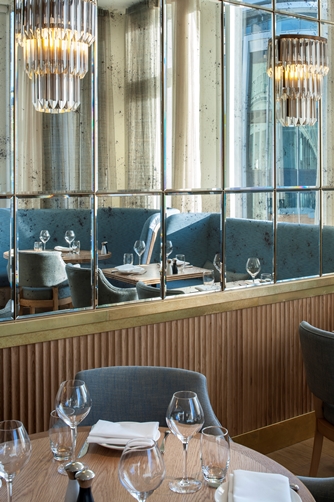 “We are really excited about partnering with Keri Moss on her very first restaurant – since becoming the joint winner of MasterChef 2012.”

“The second floor of Selfridges is very much focused on high-end ladies fashion, including many bespoke lines, so The Corner Restaurant and Champagne Bar was designed as a high quality restaurant that would appeal to a specific type of customer. 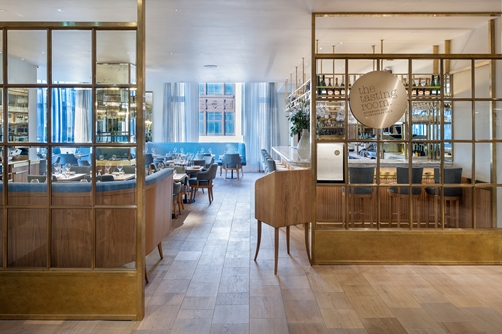 “The restaurant is intimate yet comfortable, with a 1930s style, and includes a mix of timber, brass and cut glass detailing. It has 45 covers, as well as nine seated champagne stools.”

“This was a quite complex project with many high finishes, and as Selfridges remained open during the works there were a few limits on what we could do at any one time. Apart from a couple of changes along the way we kept to the original project timeframe and budget and the finished result looks great.” 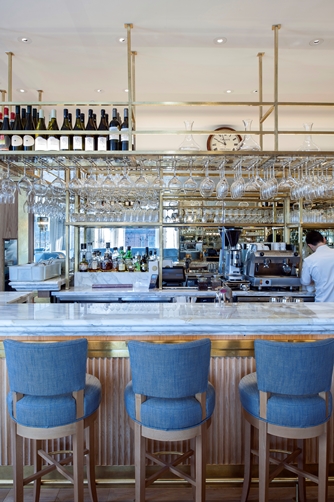 Work began on the new restaurant in February 2012 and was completed in November 2012. The installation of the new restaurant was part of larger project which saw much of the store’s second floor redeveloped. Whilst work took place on the project Selfridges remained open for business, so hoarding was erected and the entire section was cut off from public view.

“The restaurant is screened from the retail area with a stunning brass and cut glass screen, which creates a quiet environment. The L-shaped champagne bar features profiled calacatta oro marble with hanging brass and glass shelving overhead, whilst all of the furniture – including tables, chairs and stools – is bespoke.

“Additional features include a concealed kitchen, oak timber floor, purpose made wall lights and panelling with a fluted oak and brass trim.” 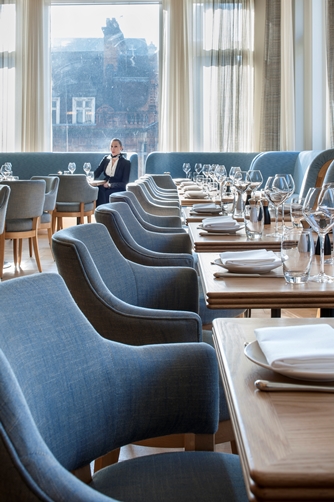 This is the first time that Stiff+Trevillion Architects and Tekne Shopfitting have worked with Selfridges. Commenting on the opportunity to work with such an established retailer, Richard said:

“Selfridges is one of the most influential names in the country for food outlets, so we were very pleased to be involved with this new restaurant. Since The Corner Restaurant and Champagne Bar opened the feedback has been extremely positive from Selfridges, so we are very pleased.”

“This was the first time that we had worked with Selfridges, but we have worked with Richard on quite a number of projects previously, so it was good that we got to work with Stiff+Trevillion Architects on this one.

“Selfridges is such an iconic retailer and it is great to know that we have played a part in creating this new restaurant and bar.” 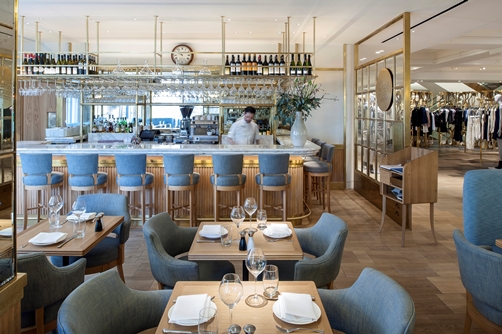 The Corner Restaurant and Champagne Bar serves up a mouth watering menu, which includes dishes such as Brioche French toast with maple syrup, and sourdough toast with Bottisham smoked salmon or cured bacon. In addition, the restaurant and bar offers up a seasonal cocktail menu, alongside an extensive wine list and of course the odd glass of bubbly.

For more information about The Corner Restaurant and Champagne Bar, or to read the latest news on Selfridges, please visit: www.selfridges.com.