Renowned across the land for its spills and thrills, 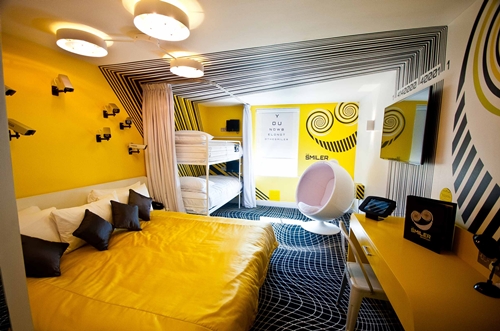 is one of the most visited theme parks in Europe, attracting over 2.5million people per season.

Each Moon Voyager room sleeps up to four people and features magnificent furnishings and separate sleeping areas, as well as a 26inch television, tea and coffee making facilities, and air-cooling systems. The children’s chill-out area with X-box console and games is perfect for providing fantastic entertainment, whilst each room is also home to a magnificent four foot bear to accompany you on your incredible journey.

“The refurbishment of 14 existing bedrooms within the Alton Towers Hotel was carried out to try out potential new layouts for the rooms and to introduce the Moon Voyager Concept.  We now can offer a fully themed children’s bunk bed sleeping area separated from the adults by a curved wall, the children now have their own TV and game console and the bathrooms have been upgraded and themed with the rest of the room. 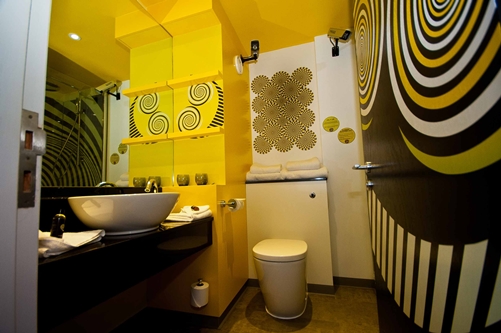 “The refurbishment went very well and the guest feedback has been very positive.”

Dani added: “This is the first phase of a major refurbishment programme upgrading all of the bedrooms. Three new themes have been developed from the original storyline of the hotel, Sir Algernon returning from his worldwide travels.”

The Alton Towers Resort’s first hotel opened in 1996 and features a total of 175 rooms. The overall theme of the hotel is based around the travels of inventor Sir Algernon Alton, while 8 of the rooms are themed specifically around attractions at the theme park.

Opening alongside the Moon Voyager  themed bedrooms for the 2013 season is ‘The Smiler’, Alton Towers Resort’s biggest ever rollercoaster. The Smiler ride has opened in conjunction with a new Smiler themed bedroom in the hotel, where the decoration and effects follow the ride experience. 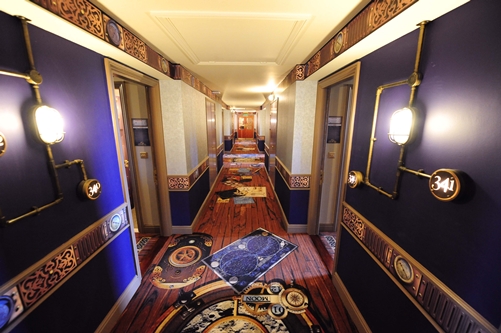 Featuring plunging drops of 30m, a ride time of 165 seconds and a track length 3x the length of Oblivion, The Smiler is set to be an intense addition to the Alton Towers Resort’s line up of adrenalin pumping rides.

Alton Towers Resort is home to over 50 rides and attractions and there is something for all the family to enjoy, whether you’re after gentle thrills or pure adrenaline pumping experiences! After an action packed day, enjoy a short break at the Alton Towers or Splash Landings Hotel situated just a stone’s throw away from the theme park. Discover the fun and quirky features of the Alton Towers Hotel, whilst over in Splash Landings, the sun shines every day in the crazy Caribbean themed hotel.

For the best Resort deals or for more information, visit www.altontowers.com.

Using their comprehensive in-house design and manufacturing facility, the company work with clients to deliver creative yet functional lighting solutions. Northern Lights clients include international hotel groups such as Hilton and Holiday Inn, restaurant chains such as Jamie’s Italian, PizzaExpress and Café Rouge as well as many boutique hotels and independent restaurants.

Working on the Moon Voyager Suites for the refurbishment of The Alton Towers Hotel, Northern Lights supplied steampunk style themed feature lights in antique brass and steel finishes for all fourteen suites. 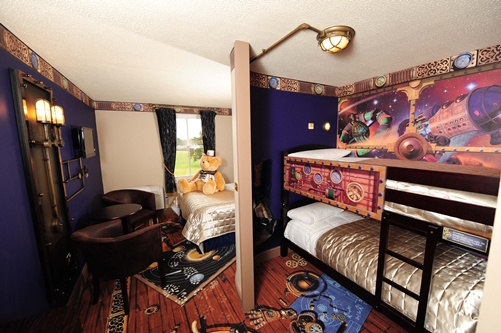 Working together with Merlin Studios, the Interior Designer Allison Pike and Main Contractor Fileturn, Northern Lights own designers developed the detailed lighting designs to complement the adventure themed rooms as well as produced the requested lighting output. After the design was approved all the fittings were manufactured at Northern Lights’ factory which enabled the company to control the quality directly and meet the very tight project schedule.

“Projects like the Moon Voyager Suites demonstrate what Northern Lights do best – working together with the client and designer to deliver fittings that are both aesthetically appealing and operationally practical.”