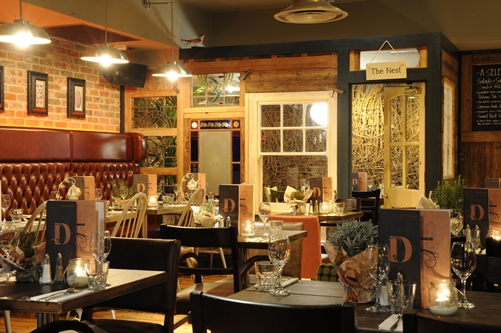 As the UK’s largest private bar and club operator, Novus Leisure has an ever expanding estate of bars and restaurants in the UK.

The company’s sites have a strong presence within London’s West End and City districts – including sites such as Opal and RubyBlue – whilst its TigerTiger brand continues to gain success nationwide.

Despite the continued development of Novus Leisure’s portfolio, the last five years have been a truly challenging time for the hospitality and leisure industry, something which has not gone unnoticed by the company. In order to remain at the top of its game, Novus Leisure has addressed this period of uncertainty by re-working a number of its sites to attract a new clientele. 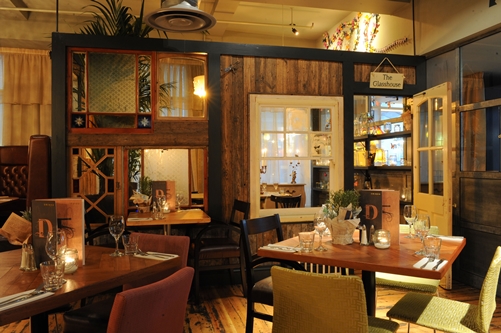 Leading international hospitality design consultancy Harrison has been instrumental in some of Novus Leisure’s transformation projects, which have included The Last, The Gable, Jewel, Bar Soho and Verve. All of the projects got underway in January 2013 and, since completion, have helped to keep Novus Leisure’s sites at the forefront of the hospitality sector.

The Last is a bar and restaurant which offers late night openings during the weekend. The site has enjoyed a great deal of success over the years, however its recent makeover has helped it to appeal to a new demographic.

Discussing the reasons behind the re-working of The Last, Aoife Kenny a designer at Harrison, said:

“The Last was getting a little tired and the general consensus was that it was no longer attracting enough female guests. The Last also had to appeal to day time customers as well as night time guests. So, the aim behind the redesign of The Last was to give the site an uplift whilst also providing a few more bookable areas within the bar – a key focus of the business.” 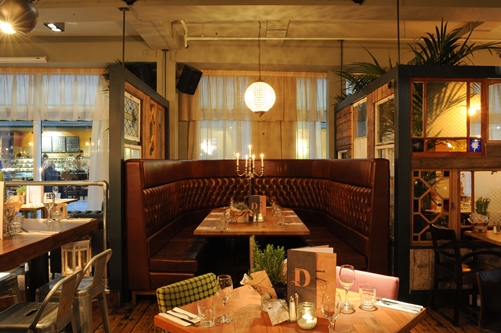 “As a female designer, I looked at this site from a female perspective. The original design of The Last was quite dark, with harsh lighting, so I softened the overall look of the site by introducing new seating and lighting and more enclosed booths.

“Novus Leisure also wanted to put more emphasis on the menu, so we reworked the serving area, cladding it in terracotta mosaic brickwork and dressing it with timber crates, cargo lights and bird cages to highlight this aspect of the site. 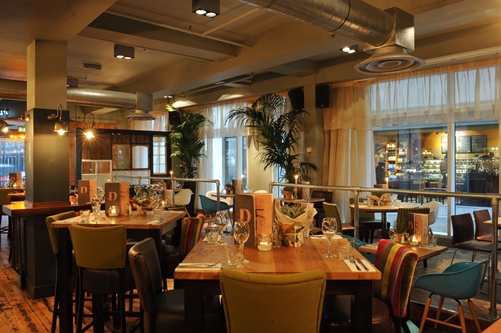 “This was a fairly straightforward task and, once complete we successfully met our objective.”

In addition to The Last, Aoife was involved in the transformation of The Gable, which benefitted from a redesign to the ground floor bar area and basement club.

“Following a year of national pride, specifically after our country’s success at the London 2012 Olympic Games, the brief with The Gable was to reflect a sense of British heritage. For the basement we chose iconic imagery, from the Tube and English telephone boxes to a mural of the Queen, taking the design from a postage stamp. Meanwhile, for the ground floor we opted for ‘shed chic’, which took outdoor elements and brought them inside. During the transformation process we created three different private areas: The Nest Room, The Glass House and The Beehive.” 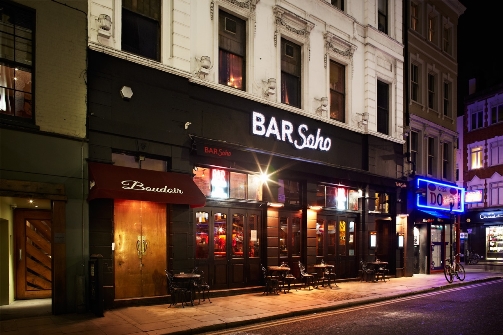 Working concurrently with The Last and The Gable, was the redesign of Bar Soho, Verve and Jewel.

“The Verve was a two-week project, which focused on the main bar, a mezzanine level and a small room in the rear. The back room was beginning to look tired, so to freshen it up we transformed it into a mirrored room, whilst for the main bar we took a more classical approach by introducing large chandeliers and four new booths. The downstairs also benefitted from a few changes, including some new furniture and decorations. 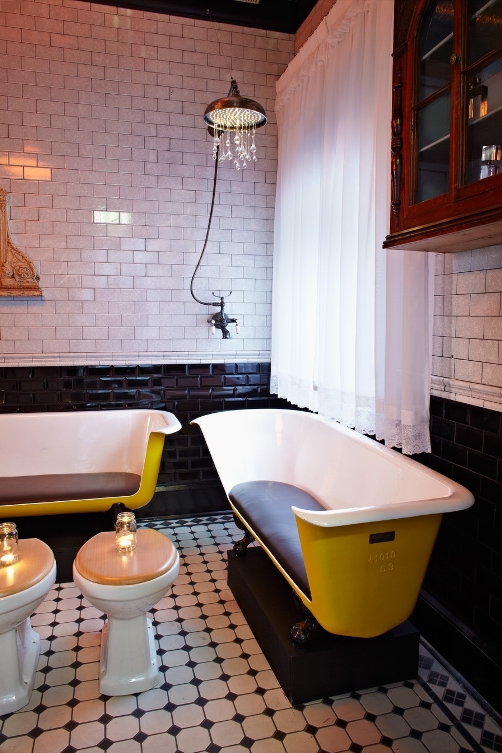 “Meanwhile, Jewel was a four-week project which re-worked the site’s five bars. Each bar has its own theme, so we brought in new furniture, some new finishes, some booths and we even created a new room dubbed the Crystal Room.”

Elsa Nugent was the designer working on Bar Soho, which received a makeover that was uniquely linked to the site’s surroundings.

“Bar Soho was effectively a Victorian pub, so the brief for this was to take it back to its roots in order to deconstruct it and give it an urban feel. We kept as many of the original features as possible and introduced new ideas.

“This was a very strong concept. We looked at the history of Soho and incorporated many elements associated with the area, including a boudoir.” 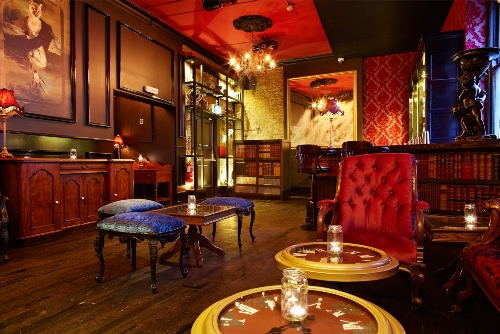 Following on from the recent transformation projects, Harrison is to undertake yet more makeover schemes for Novus Leisure, including The Gallery and Apt, as well as Aviary, a new acquisition for the company.

“Novus Leisure is a good client who gives us a great deal of creative freedom. The company is very open to up-and-coming trends, however they still retain a lot of input into what they want.”

“They take risks that other clients might shy away from and this is why they can offer their clientele something a little different from the rest.”

Founded in 1999, Novus Leisure focuses on customer service and whether developing sales through existing properties or expanding into new sites, the company continues to go from strength to strength. 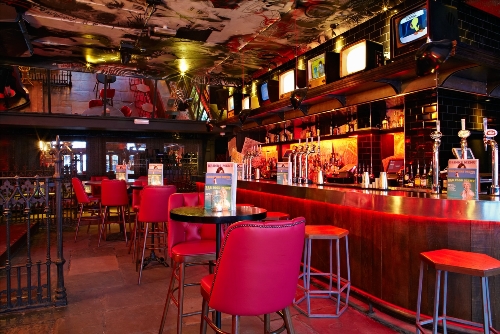 Horticultural services specialist Demita has worked on a range of sites for Novus Leisure. From window boxes to landscaping and tree surgery works, Demita covers a broad spectrum when it comes to horticultural work and for Novus Leisure, Demita provides the company’s sites with free-standing plant displays which help to enhance the decor.

For more information about Novus Leisure, including a look at their portfolio, please visit: www.novusleisure.com.

SSE Audio Group started off in the 1970s as an audio rental company for the concert and events industry. Gradually it diversified until today it offers a wide range of services, including pro audio sales, flight case manufacture and audio visual installations and has a turnover of £20 million per annum. 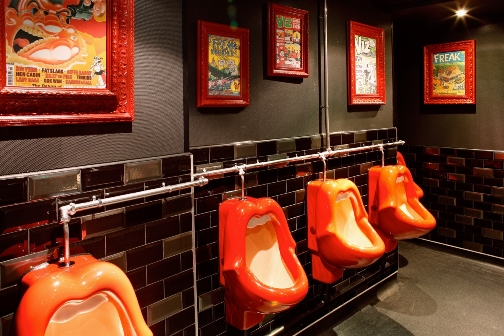 The company’s installation projects range from large stadia voice evacuation systems to small scale pub and club bar systems – and everything in between.

SSE Audio Group has UK offices in London, the Midlands and Yorkshire. With the recent acquisition of Wigwam Acoustics Ltd, it now also has offices in Manchester. Over the course of time SSE has worked on many interesting and varied projects, including the Velodrome for the London 2012 Olympic Games, Nottingham’s Rock City and the National Railway Museum in York.

Working with Novus Leisure, SSE is responsible for the installation of audio visual equipment – including video walls, lasers and effects lighting – across the Group’s portfolio. 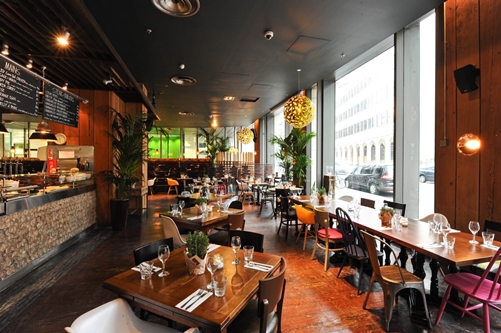 “Working with Novus Leisure is extremely important to us. Novus has an amazing presence across the UK and is a very forward thinking, dynamic company. They constantly reinvest in their estate, which allows us to work closely with them to help manage their assets, ensuring they get the optimum return on investment for their AV equipment.” 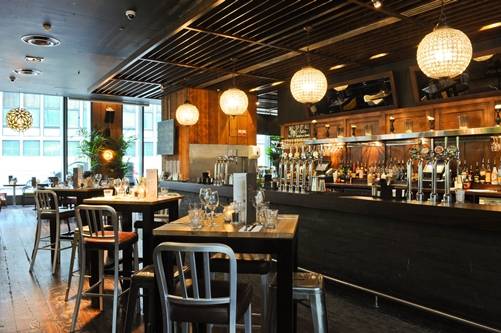 Concept Bars are privileged to have worked with Novus Leisure as their bar consultants,

Concept Bars continues this through to the present day where the company has seen Novus Leisure become London’s foremost bar operator.

“Supplying and installing Concept bespoke in-house manufactured bars to exact requirements, coupled with the best equipment and an understanding of what makes an efficient bar operational, makes for a winning formula. 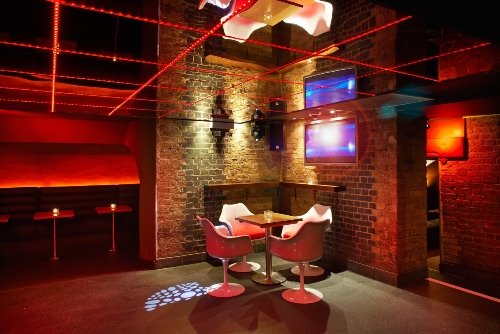 “We implement these elements within the designers’ scheme and always listen to the ever-changing needs of our client.”

Concept Bars have worked with Harrison Design on some superb projects and designs, and have a great working relationship which results in an almost seamless process.