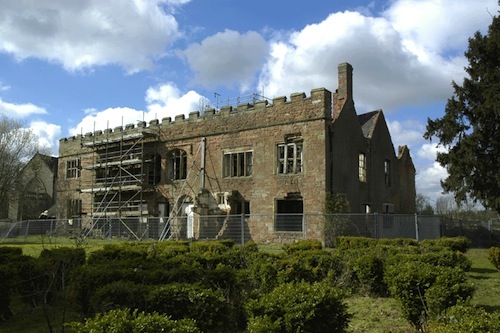 Originally used as a fortified manor for the Royal family, Astley Castle is a landmark building in Warwickshire.

Although not viewed as a castle in the traditional sense, the site comprises a moated castle, a gateway and curtain walls, a church, lake and gardens.

Astley Castle has a long and interesting history, however in 1978 all this history was almost wiped out when the Grade II Listed building was ravaged by fire, leaving it in a state of disrepair. Such was the devastation of the fire that in 2007 English Heritage highlighted the building as one of the ‘highest priority buildings at risk’ in the UK.

In order to rectify and restore the building to its former glory an extensive restoration scheme was put in place by the Landmark Trust, to safeguarding the historic site for future use. An architectural competition was then implemented with the brief explaining that the site was to be adapted to provide good quality, modern living accommodation.

Although not all of the castle could be restored, Witherford Watson Mann Architects Ltd won the competition and began the impressive restoration process. Established in 2001, Witherford Watson Mann Architects Ltd is a professional practice focusing on projects which address the common ground shared by architecture, public space and urban planning.

The main aim of the scheme was to restore and preserve as much of the original site as possible. Work was conducted sensitively, with archaeologists working with the construction teams in order to excavate the site ahead of the installation of new materials. Existing walls were then strengthened using steel rods, before the new build could begin. 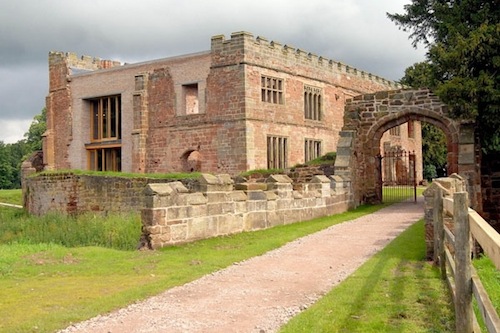 During the course of the £2.7 million project, the new build elements were blended together with the existing fabric of the building to create a truly remarkable development. The new accommodation was inserted within the ruined walls, with glass walls providing picturesque views out on to the landscape.

New accommodation was installed on the first floor, with bedrooms and bathrooms on the ground floor and a lift installed to provide easy access between the two levels. Rooms were designed to be spacious, yet homely, with modern furnishings including chairs and a fire.

An air source heat pump and underfloor heating was installed to provide heating to the property, whilst the kitchen was fully equipped with an electric cooker, freezer and dishwasher. The comfort of future guests was also catered for with the installation of three bathrooms, two of which include free-standing shower units.

Discussing the importance of the project, Caroline Stanford, a historian at the Landmark Trust, said:

“This building has been in continuous occupation for 1,000 years. Its inhabitants have seen and shaped the course of British history, but without intervention the building would have been lost forever.”

Whilst work took place on what was a very significant restoration project, a Heritage Lottery Fund Access & Involvement Programme was implemented, allowing people to gain a greater understanding of the process. In addition, another competition was set, this time focusing on Astley Castle’s garden area.

Steven Witherford and Freddie Phillipson from Witherford Watson Mann Architects Ltd attended the award ceremony, along with Mark Sharrat and Alastair Dick-Cleland from the Landmark Trust.