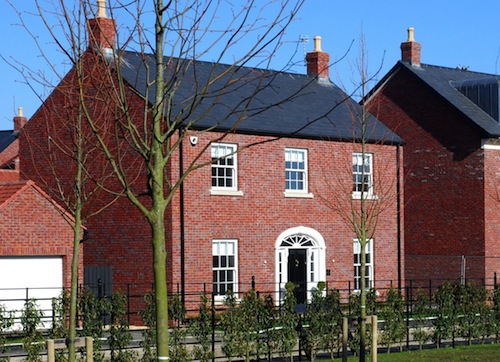 No strangers to the NHBC, JW & J Porter have been awarded yet again for their Breton Hall development in Lisburn, Northern Ireland.

In 2011 the site was presented with the highly coveted NHBC Seal of Excellence Award, a NHBC Regional Award followed last year and now Site Manager, Jim Porter has been given a NHBC Pride in the Job Award.

“The award gives everyone a boost, it shows that the work they are doing is first class”, says Jim proudly. “The award is the result of the high standards that we pride ourselves in. The company does everything with 100% commitment and doesn’t like to cut corners.” 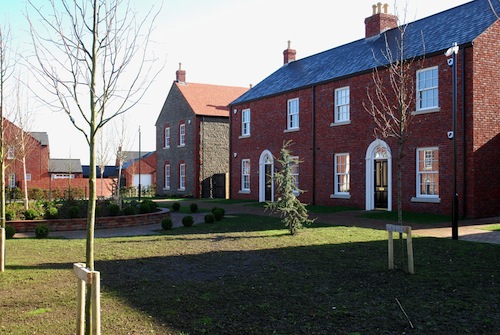 Breton Hall has been modelled on an archetypal Georgian village and boasts an array of detached and semi-detached townhouses and apartments ranging from two to five bedrooms. All of the units on Breton Hall are new builds and in its entirety, the project consists of 135 units.

The properties, 80 of which are now occupied, have been built with the most contemporary construction methods and materials available. Redstone blue brick and rendered exterior walls, slate roofing and granite effect window sills all come together to give a convincing Georgian aesthetic.

All of the detached homes on the development have the option of high specification fittings and sanitary ware, allowing buyers to put their own personal stamp on their properties. 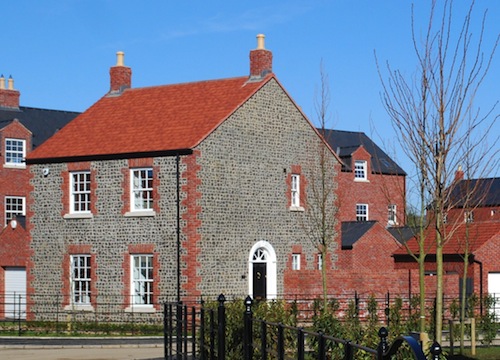 The buildings were designed by JW & J Porter Co’s own in-house architects with preliminary work beginning in 2007 and the build is expected to be completed by 2014. Work on the project has progressed well and as there have been relatively few difficulties throughout the design process work is currently on programme and within budget.

“As the houses have been sold we have continued to build, and they have been selling at a steady rate”, says Jim. “The site is starting to close in now; everything has been running well so far”. 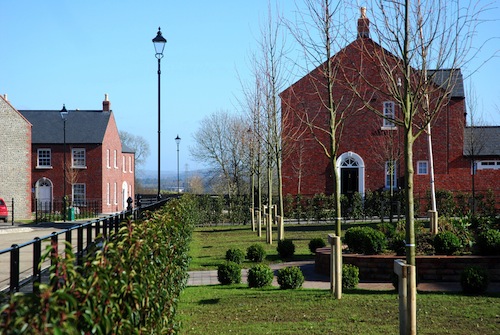 The housing development is situated on the banks of the River Lagan and offers excellent transport links to Lisburn. The city is one of Northern Ireland’s most thriving, well known for its excellent range of shops, restaurants, parks, gardens and museums.

Lisburn is also home to a range of leading schools and sports clubs and is perfectly placed for commuting to Belfast. The city is steeped in history and enjoys the luxury of being surrounded by farmland, making Breton Hall an ideal location for your home.