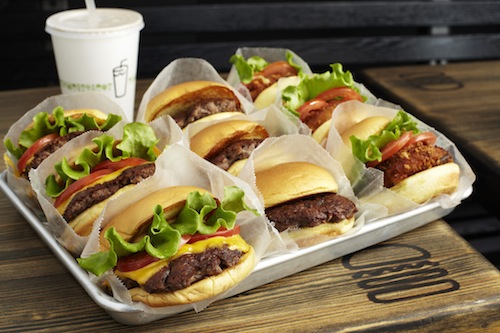 A time of celebration in the US, the Fourth of July is observed enthusiastically each year with fireworks, family and food. This year, a piece of the party came to Covent Garden with the opening of Shake Shack, a modern take on a classic US hamburger, hot dog and ice cream stand.

The restaurant brand started life as a hot dog cart in Madison Square Park in Manhattan. The cart was created by Danny Meyer’s Union Square Hospitality Group (USHG) to support the Madison Square Park Conservancy’s first art installation; it was such a success that in 2004 USHG won the bid to open a permanent kiosk in the park.

Nine years on, Shake Shack has a hit following in the US and Chief Development Officer David Swinghamer explained how the brand wanted similar success in the UK. He said, “We believe there is a kinship between New York and London, many travel between the cities for business or vacation, so for us it was only natural to open a venue here.

“It is very important to break into the UK market and we are putting all of our energy into this restaurant in Covent Garden.”

David added: “We view ourselves as the ‘anti-chain’ so to speak, we have always had a fine dining approach and we feel each restaurant should be hand crafted and part of its community.”

Community is central to the ethos of Shake Shack, “it’s not about getting people in and out as quickly as possible; it’s about people being with people and socialising. It is not all about just grabbing your food and running,” said David.

Serving up a delicious selection of burgers, hot dogs, frozen custards, shakes, beers, and wines, the restaurant is located in the entrance of the south side of Covent Garden Market.

“A series of small shops were combined to create the shack,” said David. “We have a lot of operations on the first floor and we have some back of house kitchen space on the second floor and in the basement. Not your classic square box layout, this was quite a challenge from a design stand point to fit everything in there.” 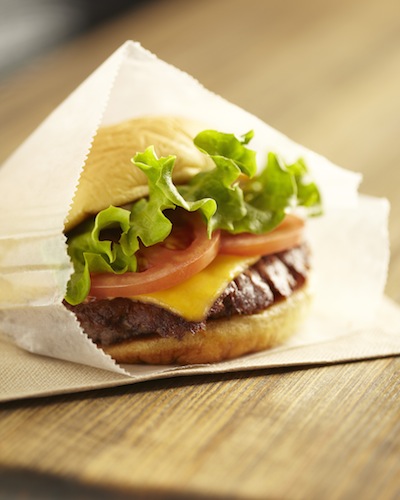 Speaking about the design David said, “As the building was especially beautiful and historic, we didn’t want to impose on the area. We therefore took a nuanced approach to some of the things which we would normally do and it was more about organising the space so that people could enjoy the restaurant.”

Outdoor seating will flank the columns on South Row and extend into the vast glass atrium in the Market Building. Its floors will be made from reclaimed Victorian pine in select areas and feature historic flagstones in others.  Interior tabletops will be sourced from reclaimed bowling alley lanes, exterior tables and chairs will use reclaimed European oak slats, and wooden chairs and booths will be certified by the Forest Stewardship Council.

The group has earned an unprecedented 25 James Beard Awards, as well as countless media accolades. In addition, the USHG family of restaurants—Shake Shack included—has consistently been praised by guests for its excellence and superior hospitality.