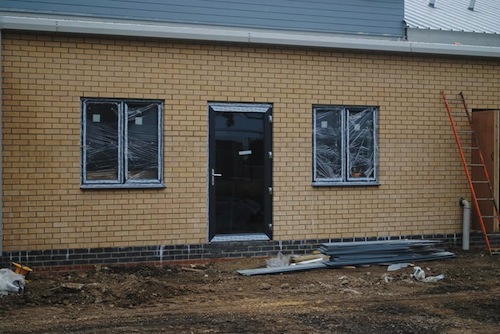 Work continues on the construction of a brand new community centre for Isleham.

The £1.4 million project – which has been in the pipeline for six years – is being overseen by the Isleham Community Association and will provide a fantastic new centre for the whole village. Once complete, the centre will become a vital hub for the community that will provide a mix of indoor and outdoor facilities.

Features of the new centre include a large hall, a cafe/bar, a kitchen, a conference room, changing facilities and an office for the Clerk of Isleham Parish Council. Meanwhile, outdoor facilities at the new community centre include a picnic and play area, along with car parking provisions.

Approval for the new community centre was granted by Isleham Parish Council in November 2012, with a ground breaking ceremony taking place on Saturday 8th December at 11am.

CJ Murfitts is the main contractor on the exciting new project for the village of Isleham, which sees the new centre replace a former village hall and pavilion. Isleham Parish Council initiated the construction of the new community centre after the former site – built in the 1950s – was deemed no longer fit for purpose. 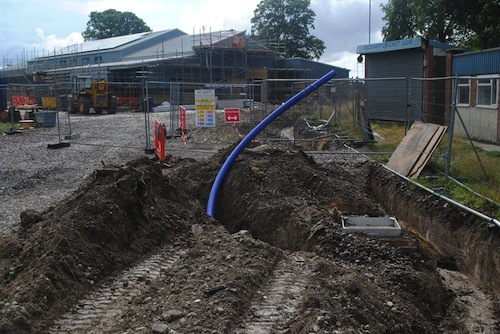 Ingenium Archial Limited is the architect on the project, whilst Tillyard & Partners is the quantity surveyor and MLM Consulting Engineers Limited is the structural engineer. Whilst work is being conducted on the site the project’s progress is being monitored through a dedicated Facebook page, whilst the village website provides continued updates.

To facilitate the build a fundraising campaign was initiated in 2007, with grants and donations being provided by a number of leading organisations, including Sport England, East Cambridgeshire District Council, Garfield Weston, WREN, Amey Cespa and the Football Foundation. Fundraising is still ongoing and anyone wishing to contribute to the new centre is being asked to get in touch with the fundraising team.

“I commend Isleham Community Association and Isleham Parish Council and the Cambs FA for working tirelessly to secure this funding.”

At the beginning of 2013 the highways entrance to the site was rebuilt, providing better access, whilst turf and topsoil was removed and a site office and portakabin was installed. Foundations were then installed in March, with only a slight delay in the programme taking place in April due to the weather.

With significantly improved weather conditions during the summer, work continues to make good progress on the community centre, with the project on schedule to reach completion in November 2013.

The new building will include a mix of facing brickwork and timber effect concrete cladding, dark grey uPVC double glazed windows, a Kinspan insulated steel panel roof and uPVC external doors. Safety and security is also being catered for with the installation of detection and alarm systems. 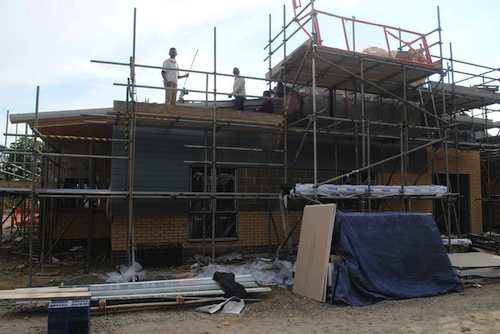 Site works on the project include the installation of a mains supply and some hard and soft landscaping.

Although the new centre is to become a true focal point for the village, the former village hall was not forgotten during the construction process. A series of events took place earlier in the year to commemorate the former facility, which included a children’s disco, an under 18s teenage disco, a tea dance with live music and an over 18s party with live band.

For more information on the new community centre for Isleham, or to keep updated with the project’s progress, please visit: www.isleham-village.co.uk.