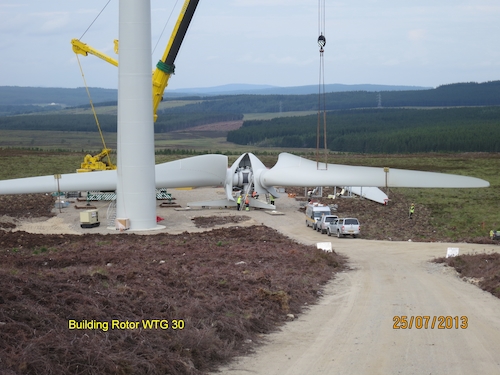 The turbines that are being installed on site are Enercon E70. Each turbine has a tip height of 104m and a rotor diameter of 70m. The project has been funded by Berry Burn Wind Farm Ltd and once work is complete on the site, the energy yielded by the wind farm will be managed and supplied by Statkraft UK Ltd. 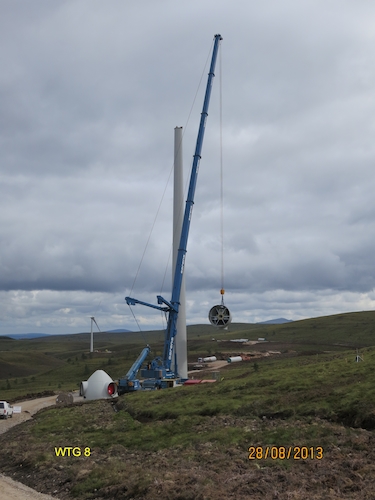 Permission for the new wind farm was given by the Scottish Government in 2009, with construction work getting underway in November 2012. Turbine erection commenced in July 2013 and full grid capacity is scheduled for 30th October 2013.

Commissioning and testing is taking place on the site until March. Berry Burn Wind Farm will be fully operational in April 2014. 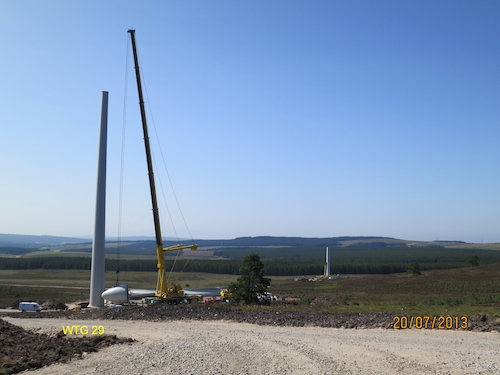 At the outset of the build programme, access was upgraded so that a site investigation could be performed. Platform work was also conducted to accommodate SSE construction of the transformer and switching station.

To install the turbines, two crane crews are being utilised, each consisting of a 500t crane accompanied by a 100t support crane. 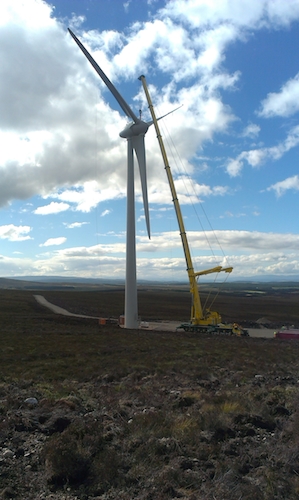 Berry Burn Wind Farm is located close to Pauls Hill Wind Farm and the site was selected as the location provides a good source of wind. During the construction works bird monitoring is taking place to avoid any conflicts with breading birds in the area.