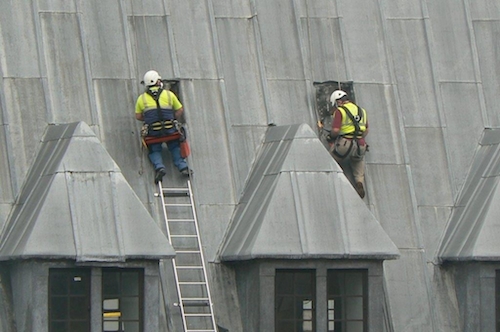 The iconic Manchester Town Hall extension was built between 1934 and 1938 to provide additional accommodation to local government. Built in Manchester city centre it received Grade II designation in October 1974.

Its eclectic mix of design styles link the Gothic Revival of the original Town Hall building to the extension which was used to house the municipal departments for the city. It was built after a completion was won by Architect E. Vincent Harries who in the same year was successful in winning the competition to build the ‘Central Library’ on an adjacent site.

The ‘Extension’ building in essence is gothic style with contemporary roof slopes and gables along with ornate carved tracery. The intention for the building was to sympathetically transform its usage into a multifunctional facility for all to enjoy with a £95 million refurbishment and the re-landscaping of an important part of Manchester heart. 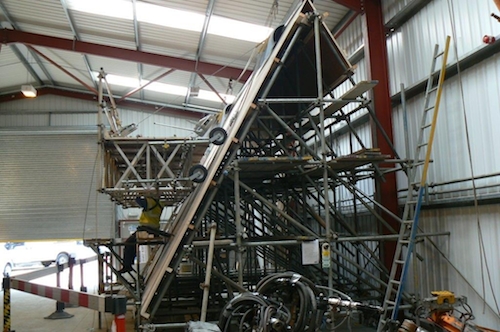 The works included restoring but retaining the council chamber as a meeting suite and improving the buildings environmental credentials along with the formation of glass facades providing inviting and airy spaces for a variety of customer services.

The roofs of the extension were well known and iconic land marks for any one in Manchester and were an imposing site having in the region of 400 tonnes of sand cast lead sheet installed on them.

The brief for the roof restoration originally was to include a number of the sloping lead panel replacements using code 8 sand cast sheet installed to the same detail as those originally installed whilst ensuring that they conformed to the latest Lead Sheet Associations recommendations.

This had its own issues as the roofing being in the region of 60 degrees would not be installed with scaffold and the only access being platforms suspended on ropes and all operatives securely harness with independent ropes and trained to IRATA level 1. 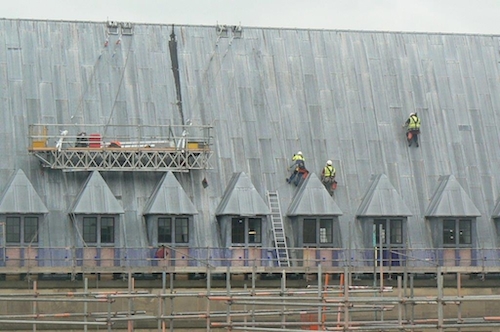 To enable us to carry out the work, all those involved on the project and likely to be on the roofs either carrying out the remedial works or inspecting and surveying was required to attend a full weeks training at ‘Leeds Wall’ where we underwent 5 days of strict training.

Generally those people that do this sort of thing for fun or for their jobs are light, fit and agile, not those of us who are used to installing lead sheet whilst feet firmly of scaffold or those who are used to working behind a desk. The rope access course presented challenges enough especially climbing 40 feet in the air across beams with nothing but ropes and straps to cross open spaces.

It has to be said that all did not pass initially, some found the challenge too great on their bodies, and some found phobias which had never previously presented themselves. I could not fail and gave my guys the pleasure as I suffered their ridicule.

During the course, it was said to me by the instructor (we named Bear Grylls due to his penchant for climbing cliffs and ravines in South America)that I was the oldest person to try for the course that year! 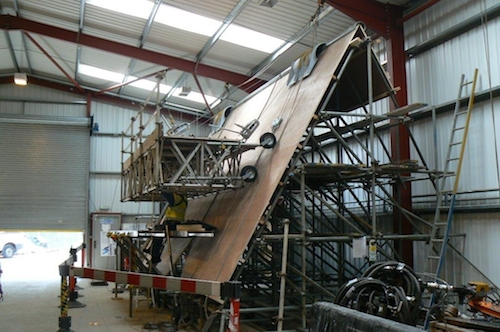 Finally after the courses were completed and the guys were chosen for the works we were then tasked with providing a full size mock up of the roof on which we were to work to practice all the theories, allowing us to feel what installing an 80kg piece of lead was like whilst harnessed in the air.