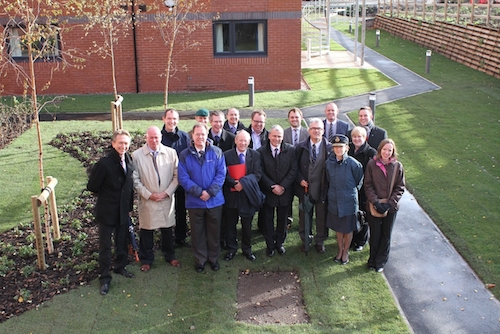 The Defence Infrastructure Organisation’s (DIO) Project SLAM – which has provided modernised Single Living Accommodation (SLA) for thousands of military personnel – has the marked the completion of its 20,000th bed space.

The achievement was marked by the presentation of a commemorative plaque to Air Vice Marshal Elaine West who attended a special ceremony at Defence Medical Services (DMS) Whittington in Lichfield, Staffs.

Project SLAM an extensive upgrade of bed spaces, common areas and ancillary facilities for Service personnel is one of the largest of its type in the UK. The project is being delivered by the Defence Infrastructure Organisation (DIO) in partnership with Debut Services Limited, a consortium led by Lend Lease, the integrated property and infrastructure group, and Babcock Support Services.

The project has seen the provision of six new state-of-the-art Single Living Accommodation (SLA) blocks at DMS Whittington with 736 bed spaces – including the 20,000th – for military medical staff and trainees.

“I was delighted to be invited to celebrate this major milestone in SLAM delivery as we continue to deliver high quality accommodation for our Service Personnel, which in many cases is long overdue. That so many new SLAM bed spaces are now in existence with more in construction is tremendous, and nothing short of what our people deserve.” 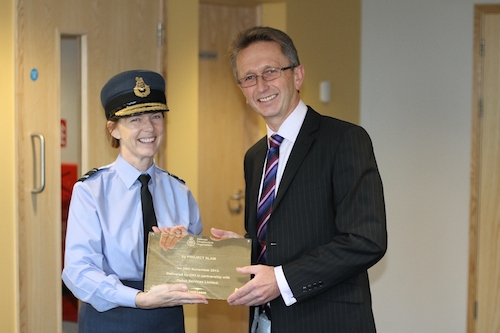 “DIO’s priority is to support the armed forces as they prepare for operations and one of the ways we can do this is through providing the best possible living accommodation.

“This is an important milestone in this extensive upgrade programme, the largest of its type in the UK, and demonstrates excellent partnership working between DIO and Debut Services Ltd.”

“During the last ten years Project SLAM has dramatically raised the bar for living accommodation for Britain’s servicemen and women and we are delighted to have completed the 20,000th bed space.We look forward to continuing to work with the DIO in the years ahead to further improve the built environment in which our armed forces live and work.”

The Defence Infrastructure Organisation (DIO) plays a vital role in supporting our armed forces by building, maintaining and servicing what the men and women who serve our country need to live, work, train and deploy on operations. We are working hard to become even better by becoming a world-class infrastructure delivery organisation over the next few years. 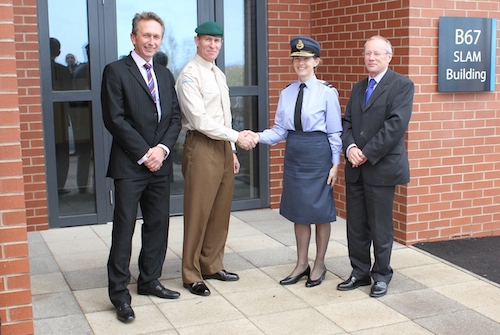 DIO is part of the Ministry of Defence (MOD) and is responsible for managing and maintaining land and properties, as well as providing related support services, to meet the current and future needs of the MOD and personnel at home and abroad, and to support current operations.Work includes supporting operational units by providing and improving single living and service family accommodation; training areas and historic military sites.