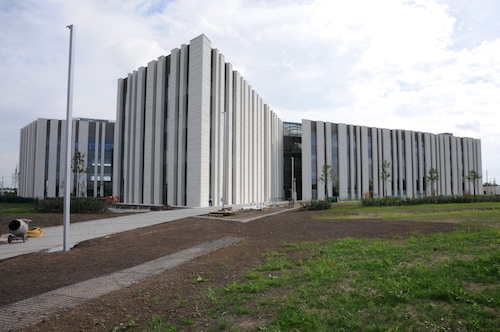 The Scottish Crime Campus at Gartcosh is part of the Scottish Government’s bid to tackle serious organised crime.

Work started on the project, based Gartcosh Business Interchange in North Lanarkshire, in 2009 and is due for completion by Spring 2014.

The site was previously home to Gartcosh Steel Works and upon completion the campus will provide purpose built specialist accommodation for elements of the Police Service of Scotland (including the former Scottish Crime and Drug Enforcement Agency (SCDEA)) and its partner agencies.

The building has now been completed, covering 22,500 square metres and stretching four storeys. The building comprises of a concrete frame eighth a pre-cast concrete finish on the building’s exterior and curtain walling. The design features four linear blocks centred on a central atrium, including a ground source heat pump. 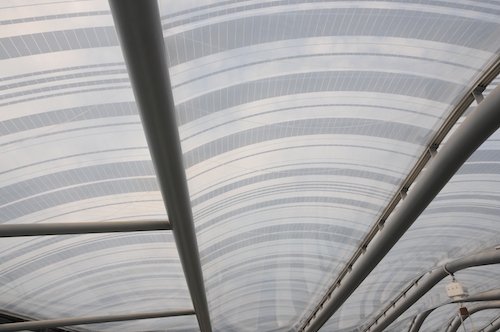 The £82 million project will house new office facilities, a new forensic science laboratory and accommodation for over 1100 people, including room for growth. Construction of the campus is through three main works contracts, the first of which completed during the spring of 2011 by Sir Robert McAlpine a leading UK construction and civil engineering company.

The second contract package to build the shell and core of the building started in February 2011 and completed on 13 April 2012. Graham Construction were the core contractor for this period; they offer an array of services including building, civil engineering, facilities management, environmental services, highway maintenance and work in partnership with public private clients.

Balfour Beatty, the management contractor, will supervise the fit out of the building and have now started work on the final stage of construction.  Work is expected to complete in the autumn of 2013 with the building being ready for occupation in late 2013 to early 2014. With works progressing on budget and on time the on-site team are set to complete on time. 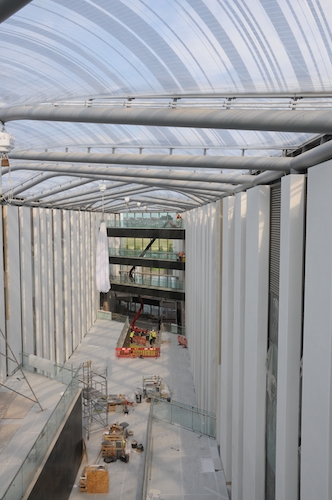 Scotland’s strategy for combating serious organised crime – ‘Letting Our Communities Flourish’ – was launched in June 2009 by the Cabinet Secretary for Justice, Kenny MacAskill.

The Strategy will be implemented on site; the strategy was drafted in partnership with nominees from all the Serious Organised Crime Taskforce member organisations, SPSA, COSLA, UK Borders Agency and the Scottish Business Crime Centre. 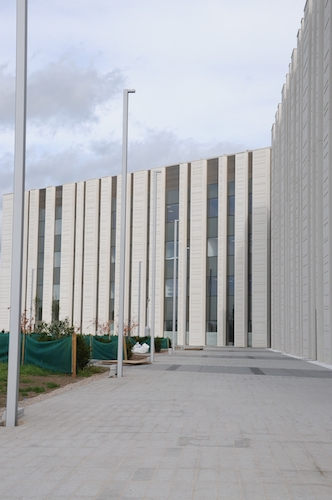 The Scottish Government also hope to deter criminals through measures to protect communities, businesses and the public sector as well as detecting crime by boosting capacity and improving co-ordination to give serious organised criminals no place to hide.