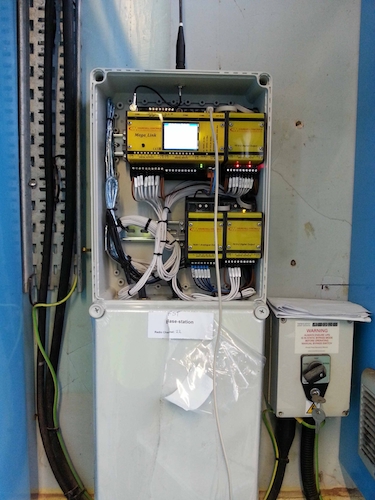 Scottish Water is working on a project to provide a long term waste water solution for Stranraer, Cairnryan, Kirkcolm and Leswalt.

Once work is complete on the scheme, the site will be brought in line with the rest of Scotland through the installation of a modern waste water treatment process to replace outdated infrastructure.

The Loch Ryan scheme is necessary to satisfy the legal requirements of the Urban Waste Water Treatment Directive and Shellfish Directive, and will deliver significant improvements to the water quality and shellfish environment in Loch Ryan. The scheme is being carried out by a Leslie MWH joint venture.

“After years of studies and surveys to assess the best option for an extremely difficult civil engineering challenge, Scottish Water is removing the permanent discharge of waste water to Loch Ryan. The waste water from the surrounding communities will receive a greater level of treatment than is currently provided.”

“Our Loch Ryan project will provide the first ever modern waste water treatment solution for Stranraer and surrounding villages.”

The Port Rodie site will deliver additional benefits through modifications that provide storm storage. This aspect of the project is essential, as it will reduce the risk of the Stranraer network having to utilise storm overflow contingencies during times of heavy rainfall. During the work on Port Rodie, an existing toilet block – dating back to 1963 – was demolished to make way for the new storm water infrastructure.

Scottish Water is working closely with SEPA to ensure the project meets strict environmental standards, with work complying to a range of legal requirements.

Work began on the pumping station at Port Rodie in January 2011, with work taking place at the new Loch Ryan Waste Water Treatment Works in Leswalt in February 2011. Leswalt was originally considered as a standalone treatment facility along with the other communities of Kirkcolm, Stranraer and Ciarnryan, however, the chosen proposal was deemed the best option.

As the project has seen Scottish Water and the associated construction teams working in the local communities around Loch Ryan for quite some time, work has been carefully planned to minimise disruption. Anyone directly affected by the work was notified by letter or visited in person ahead of the work taking place. In addition, regular information events, where Scottish Water’s team provide updates and display plans, have also been taking place.