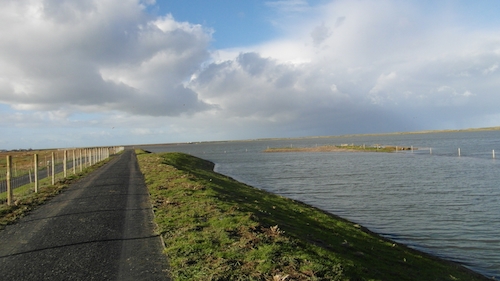 A scheme to reduce the risk of flooding in Fairbourne, Gwynedd is reaching completion.

The Fairbourne Flood Risk Management Scheme was implemented by Natural Resources Wales and involves the upgrade of existing embankments protecting the village from flooding. Once complete, the project will significantly reduce the risk of tidal flooding from the Mawddach Estuary.

“Fairbourne is a village on the coast of Barmouth Bay, which is at risk of flooding from the Mawddach Estuary. As a coastal community it is potentially at risk from climate change or sea level rise, so all the work has to sit within the Welsh Government’s Shoreline Management Plan – a strategy to manage coastal communities and assets.

“At present there is a sea defence system in place which is up to standard, however, the estuary embankments were coming to the end of their design life and needed upgrading.

“The defences were inspected in 2007 and given a limited design life. Given that there is a tidal flood risk which could affect more than 400 properties, the decision was made to upgrade the embankments, by strengthening them.” 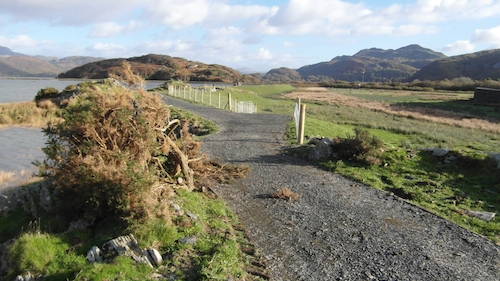 “The scheme has strengthened the tidal embankments, but we have also built a diversion channel to take storm water from the Henddol River around the village instead of through it.”

Work began on The Fairbourne Flood Risk Management Scheme in February 2013 and is now substantially complete, with just a few ancillary works remaining. Galliford Try is the main contractor on the Design and Build project, with Black & Veatch as their designer.

The area where Fairbourne sits on the north Wales coast is particularly vulnerable to climate change and sea level rise, meaning that the current project to strengthen the embankments will not provide long term protection.

Current climate change and sea level rise predictions mean that at some point in the future, authorities may have to look at the possibility of relocating the village.

“This project is extremely important. It gives Fairbourne a bit of breathing space whilst sea levels continue to be monitored and allows the relevant authorities plenty of time to make long term plans for the village. 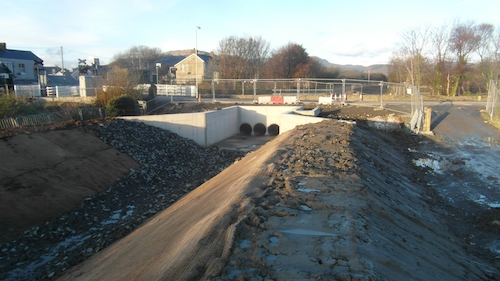 “Along with colleagues from the Natural Resources Wales’ assets systems management team, we have been involved with the community for a number of years, discussing the village’s issues, so implementing this work is a major achievement. We are very pleased that we have been able to conduct this work this year, on budget and on programme.”

Natural Resources Wales’ purpose is to ensure that the natural resources of Wales are sustainably maintained and enhanced, for both current and future use. Natural Resources Wales is the principal adviser to the Welsh Government on the environment and comprises the former Countryside Council for Wales, Environment Agency Wales and Forestry Commission Wales, as well as some functions of Welsh Government.

Working for communities in Wales, Natural Resources Wales helps protect people and their homes from environmental incidents, such as flooding and pollution, whilst at the same time allowing everyone to benefit from the country’s natural resources. Natural Resources Wales is the largest sponsored body in Wales and maintains approximately 2000 miles of flood defences and main rivers, as well as more than 4000 sluices, outfalls, floodgates and barriers in Wales.