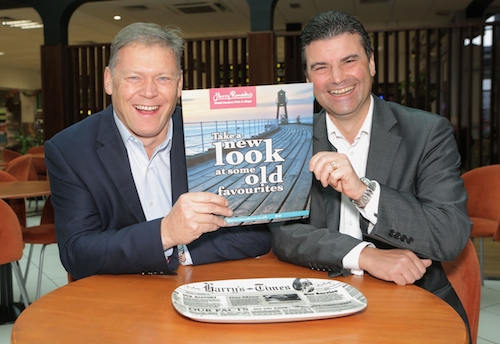 Two of the country’s most recognised brands, Harry Ramsden’s and Welcome Break, have come together in an exciting partnership which is sure to delight the country’s motorway users.

Wednesday 11th December hailed the return of Harry Ramsden’s to the country’s motorway network with an opening at Welcome Break Woodall, located on the M1 near Sheffield, between junctions 30 and 31. A second Harry Ramsden’s restaurant will also open at Welcome Break’s Oxford Services, at Junction 8a on the M40, early in 2014. The opening of the two outlets will create up to 20 new full and part time jobs.

Both restaurants will open at 6am daily, offering the hugely popular Welcome Break Full English breakfast. From 11.30am until 8pm, the millions of hungry commuters and leisure travellers who use the popular motorway service stations can choose from an extensive menu, which will, of course, include Harry Ramsden’s world famous fish and chips.

“Welcome Break presents an exciting opportunity for us, as it is our firm intention to make Harry Ramsden’s more accessible to the myriad of fans it has built up over 85 years. We view the opening of these two new outlets as the next step in making that ambition a reality. Situated within great facilities which attract millions of visitors each year, I believe these new restaurants will be welcomed by existing customers, as well as affording us the opportunity to introduce the brand to a new generation.” 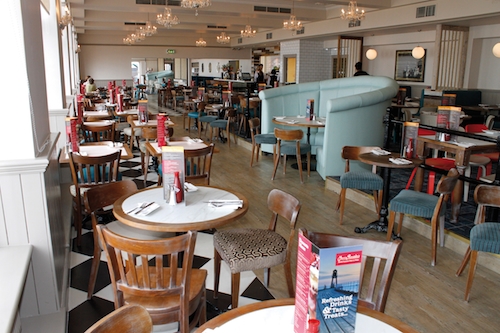 Harry Ramsden’s currently operates 26 outlets across the country however an ambitious growth strategy will see an increase in the number of company owned outlets, whilst interest in their new franchising model is expected to result in up to 250 franchised outlets opening within the next five years.

The restaurant, which recently underwent a stunning renovation and acts as the flagship for Harry Ramsden’s as the brand moves forward, beat off stiff competition from scores of rivals to win the coveted Best Restaurant in Bournemouth award. 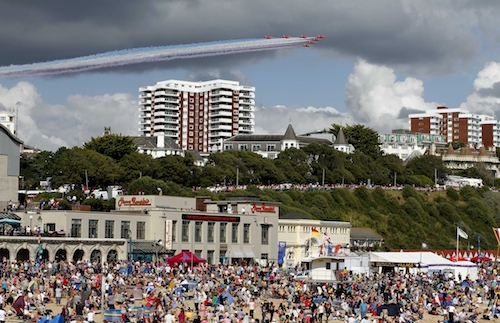 “There really is nothing like Fish and Chips by the seaside and this award, which is a testament to our hard working staff, has confirmed that the experience is made all the better when it’s enjoyed at Harry’s. We were thrilled to win this award, especially as it further underpins our belief that our restaurant in Bournemouth is a true showcase, as we move Harry Ramsden’s forward.”

The restaurant was also highly commended as Bournemouth’s Favourite Business, a category voted for by the public.

Founded in 1928 in Guiseley, West Yorkshire Harry Ramsden’s began trading from a small wooden hut beside a tram stop. The little chip shop quickly became famed for its quality and within a few years a sit-down restaurant was opened on the same site. 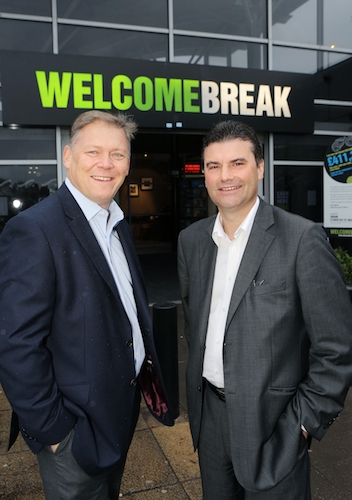