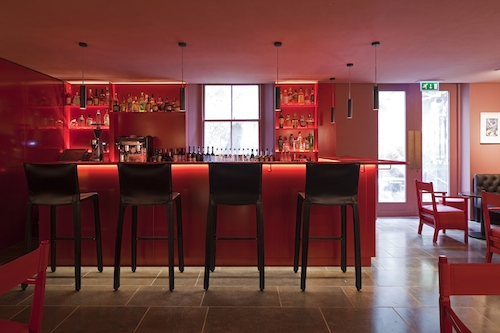 Keeper’s House is a fantastic new facility designed specifically to cater for the Friends of the Royal Academy of Arts (RAA).

The facility includes a new restaurant and bar which opens into the courtyard garden, alongside refurbished rooms – Sir Hugh Casson and Belle Shenkman – and associated areas and a new glazed lift and stair in a former light-well.

Keeper’s House is located within a little-known area of Burlington House, just to the right of the building’s main entrance. Keeper’s House is a deceptively spacious area of the House, which includes a studio for the Keeper of the RA schools, alongside the central courtyard. 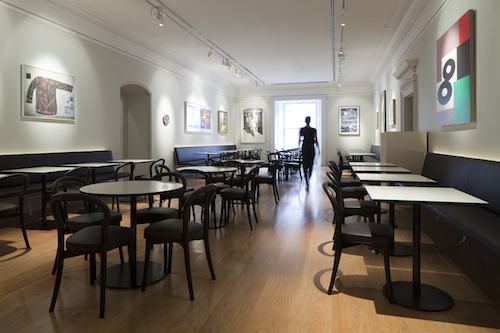 The design and briefing work began on the project in 2006, however, construction did not get underway until 2012. The project reached completion in October 2013, with Long & Kentish Architects providing architectural services on the scheme and Sykes & Sons Ltd as the main contractor.

“Keeper’s House is a special facility for the Friends of the Royal Academy of Arts. There are approximately 100,000 friends, all providing substantial financial support to the Academy, so in recognition of their support the RAA has provided hugely improved facilities through the refurbishment of Keeper’s House. 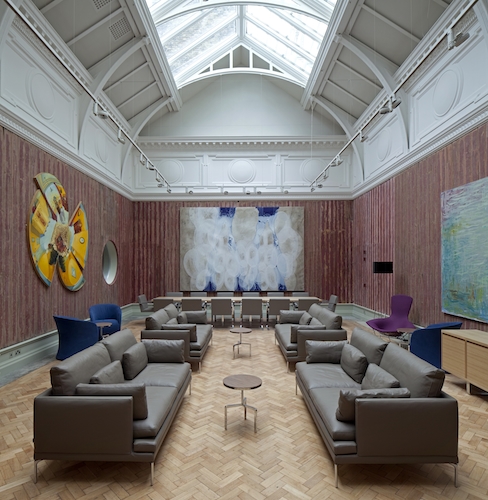 “Keeper’s House opened to the public on October 3rd, but to get to that point we had to conduct various feasibility and design studies, taking every one of the Friends of the RAA on board with us. The project took such a long time to come to fruition due to the large amount of stakeholders involved, however, despite the challenges it was a very enjoyable project.”

The RAA is an independent, privately funded institution, which is lead by artists and architects. The Academy’s purpose is to promote creation, enjoyment and appreciation of the visual arts and it achieves this through education, debate and exhibitions.

The redevelopment of Keeper’s House marked the first stage in a major revamp of the RAA in order to provide an enhanced experience for everyone. Now that work is complete on the project Keeper’s House not only caters for the Friends of the RAA, but is also open to the public during the evenings. 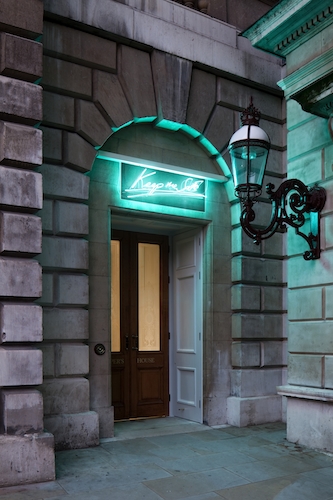 One aspect of the project was to redesign the garden which is located within the central courtyard. The area was cleared and reworked and now provides an additional 20 covers to the downstairs bar, where Friends can sit and enjoy a selection of beverages, from tea to cocktails, as well as snacks.

“Although it wasn’t always intended that way, the garden is the hub of whole project and is effectively another room, providing an oasis of tranquillity in the centre of Mayfair – it is a prime find. Although it is not a particularly large space, there were around 50 people standing in the garden during the opening night of Keeper’s House.”

The site’s restaurant is something which certainly draws in Friends and foodies alike, with a tempting menu that includes the likes of wild Cornish sea bass, with razor clam, cannellini and rainbow chard; and roast hare loin, with trompettes, black cabbage and sour onion. The restaurant presents a formal dining experience and is open to the Friends from noon to 3pm and to the public from 5:30pm onwards. 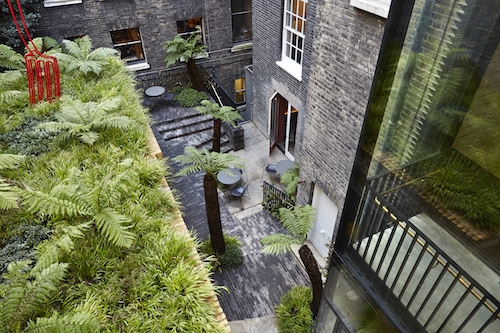 Discussing the importance of the project, Rolfe said:

“The users of Keeper’s House underpin the whole institution and before the project was undertaken they only had 80 seats, whereas now they have approximately four times this amount throughout a variety of different spaces. It was a fantastic project which fits into a wider masterplan for the whole site.”

For more information on The Royal Academy of Arts, please visit: www.royalacademy.org.uk.